Who are liquidators of the Chernobyl disaster?

The word “liquidators” has acquired its great and profound meaning after Chernobyl accident on April 26, 1986. So they called those who, in a valuable life, rushed to eliminate consequences of what “peaceful atom” had done. Look unique archive photos of Chernobyl liquidators 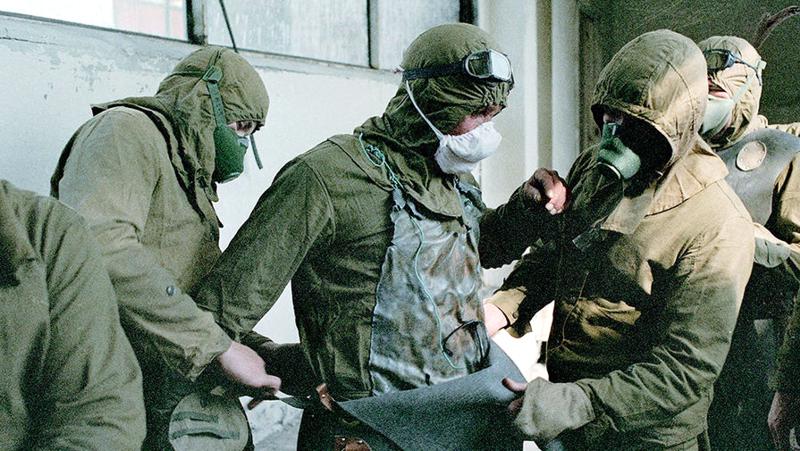 Employees of station took part in elimination of consequences of accident. They were engaged in shutting down equipment, dismantling blockages, eliminating fires on equipment and other works directly in reactor hall, engine room and other premises of emergency block. The number of victims accident was 31, of which one died directly during explosion, another died immediately after accident from multiple injuries, rest died within a few weeks after accident from radiation burns and acute radiation sickness. 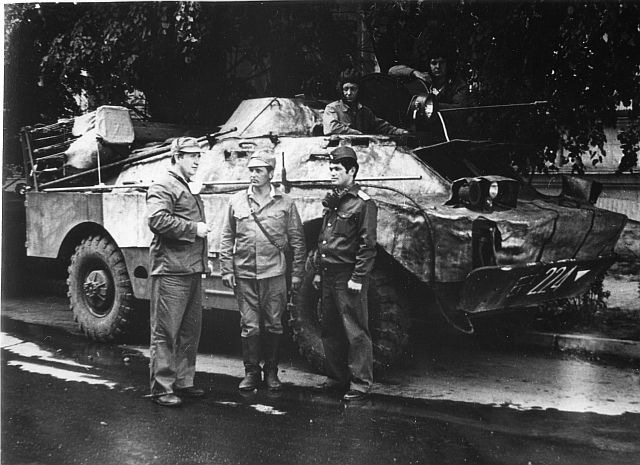 We try not to miss a single shot. This is our story and memory of those who saved us!

This difficult work was performed by people, as from the high background of radiation cars refused to move 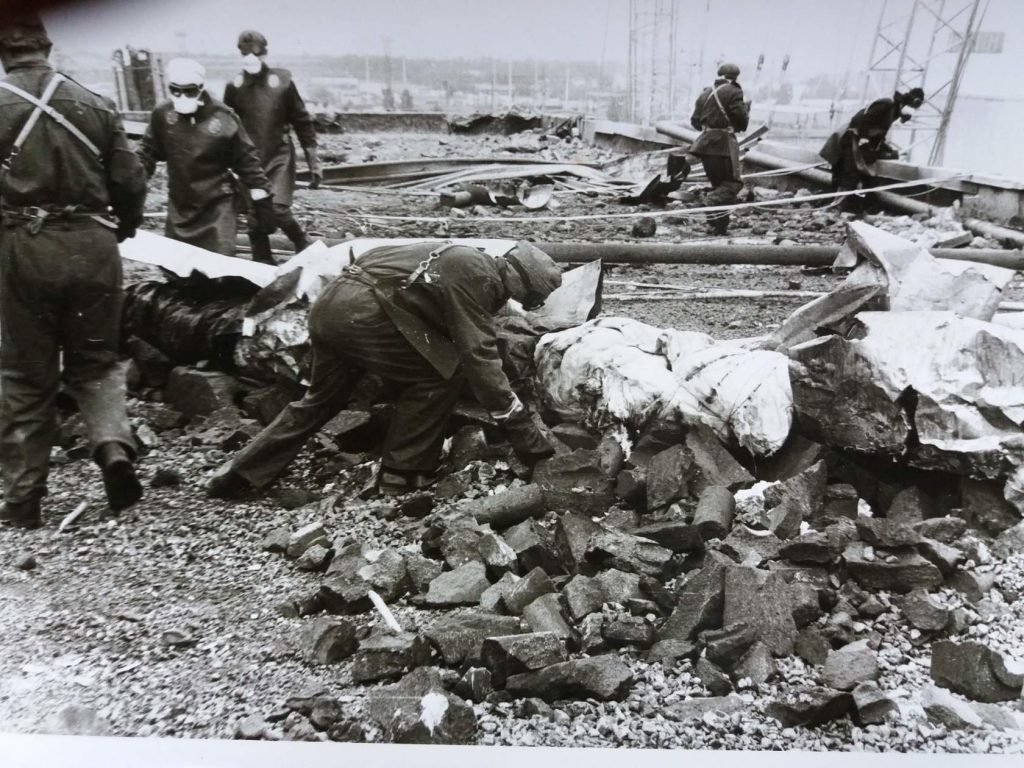 Shelter is an insulating structure above fourth power unit Chernobyl nuclear power plant, built by November 1986 after explosion of 4th reactor. 400 thousand cubic meters of concrete mix and 7000 tons metal structures were used for construction Shelter. It was built in shortest time – 206 days. 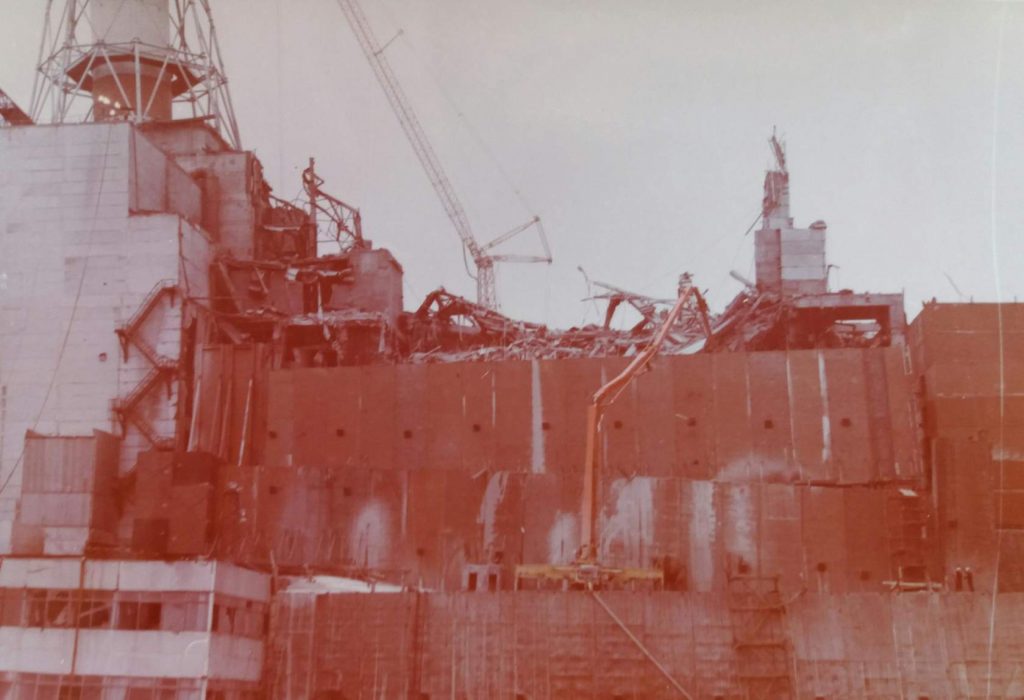 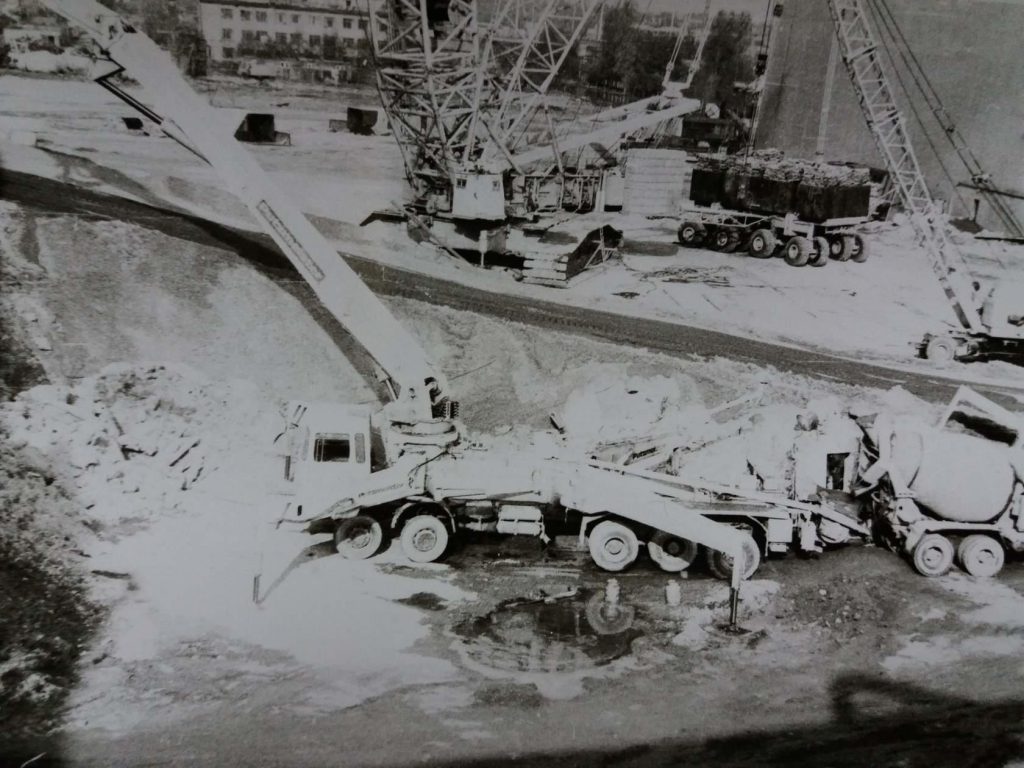 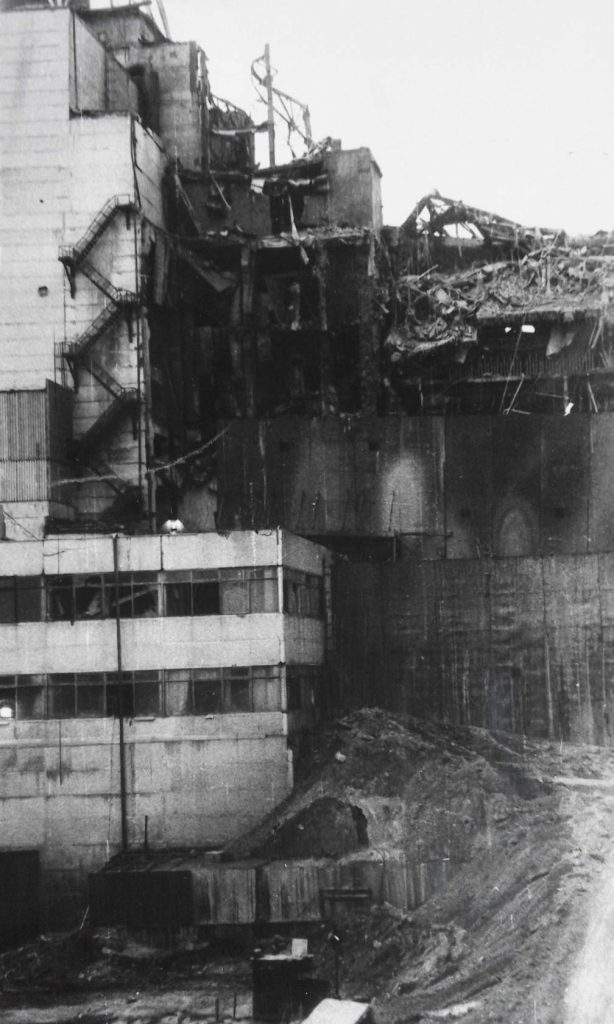 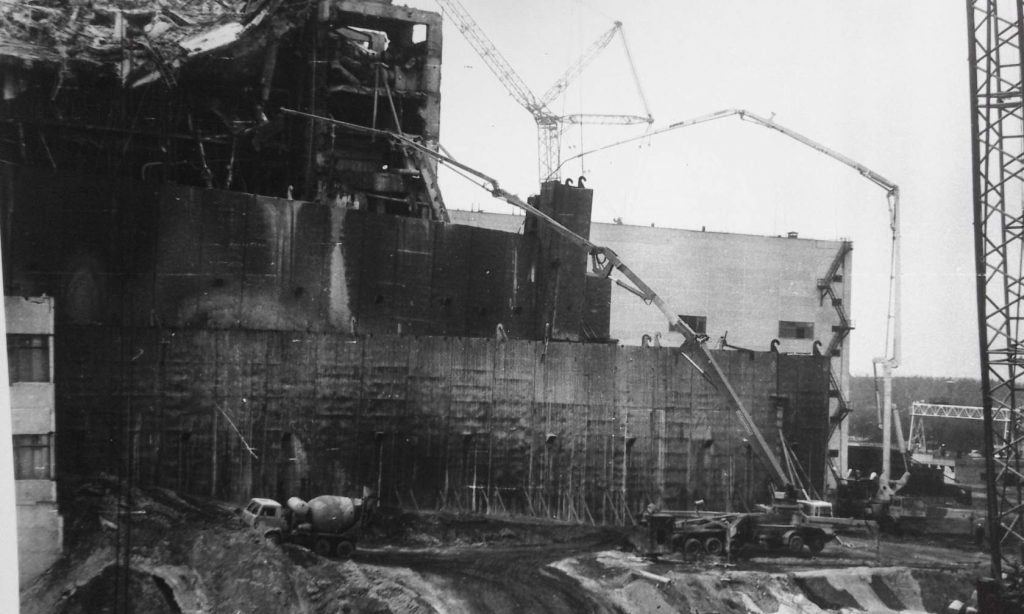 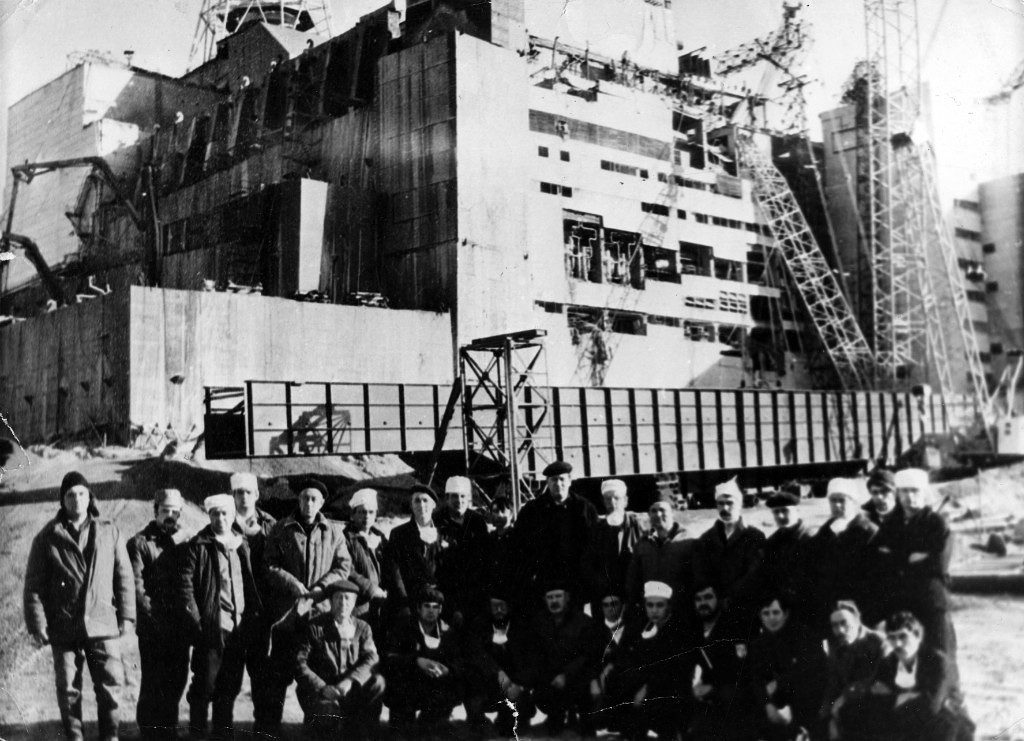 7) Photo: Police on sedimentation tank. Cars, which, after the accident, became unusable and dangerous for use because of radiation, were stored on Rassokh and Buryakovka. Some equipment was disposed of,  other was dismantled for details, and rest remained to stand on repositories to this day. 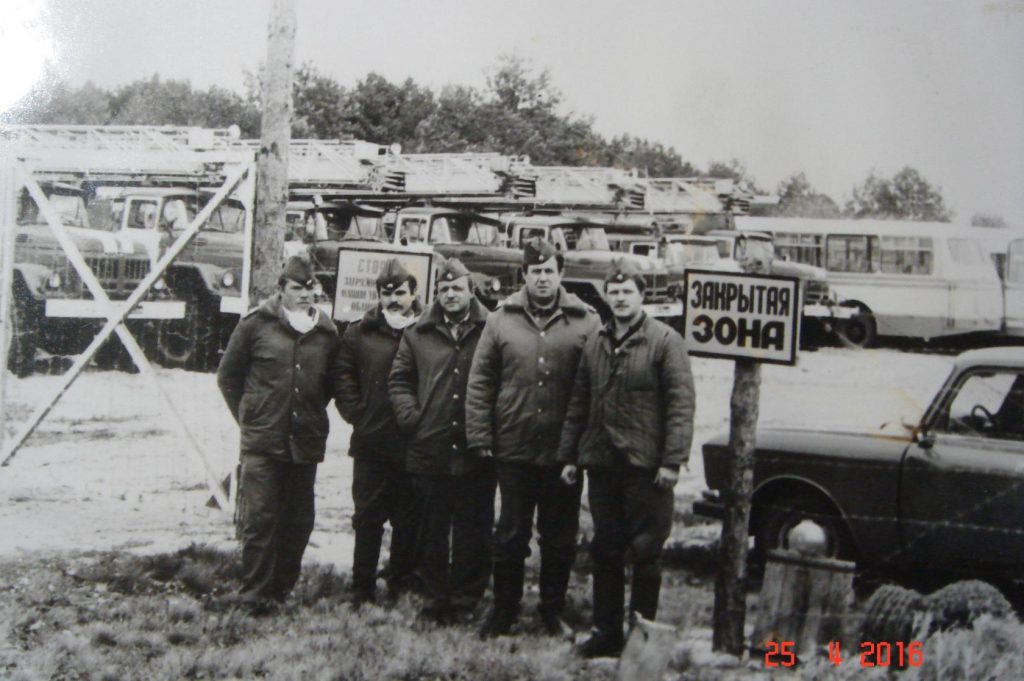