What is an abandoned amusement park in the Pripyat town?

The park of attractions in Pripyat is one of the most popular and atmospheric places in the Chernobyl zone. This is a kind of symbol of childhood that was frozen in time, which destroyed a peaceful atom ..

The park consists of a Ferris wheel, a carousel, cars and boats.

There is a legend that swings in Pripyat have never been used for their intended purpose. Children never had time to ride on them. The opening was planned for May 1, 1986. But accident at Chernobyl nuclear power plant on April 26, 1986, broke plans ..

But there is a photo-fact, which proves that on Ferris wheel all same managed to ride: 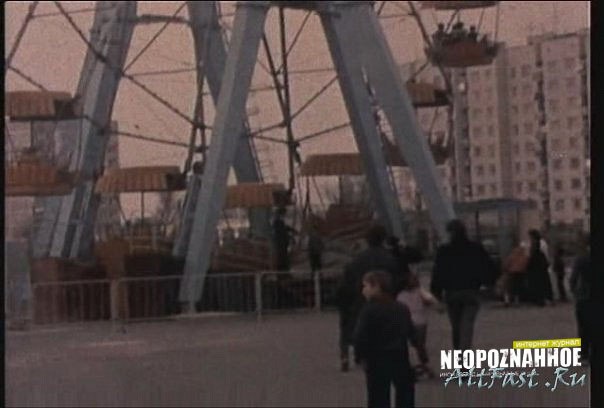 The city lacked something that would make every day for children and adults a holiday where you could go for a holiday on your birthday or any other holiday. You need a place where there would be a lot of swings and carousels, children’s ecstasy and laughter. That is why city authorities decided to build an amusement park in Pripyat. 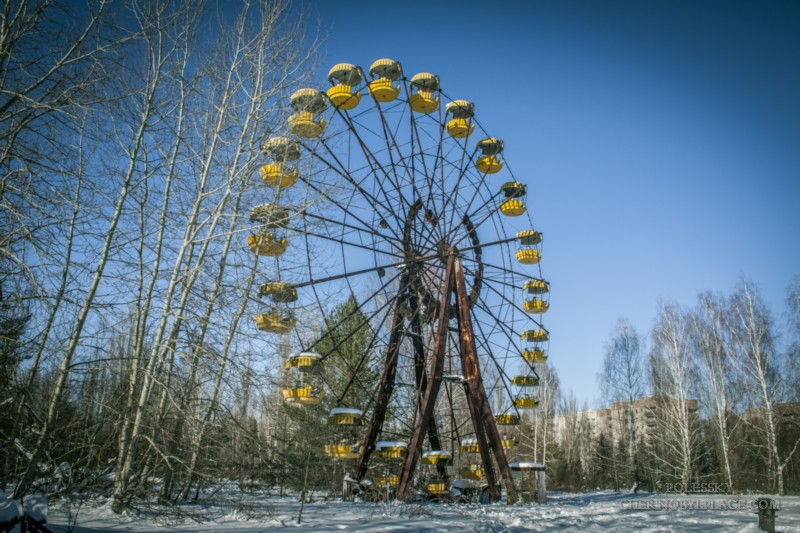 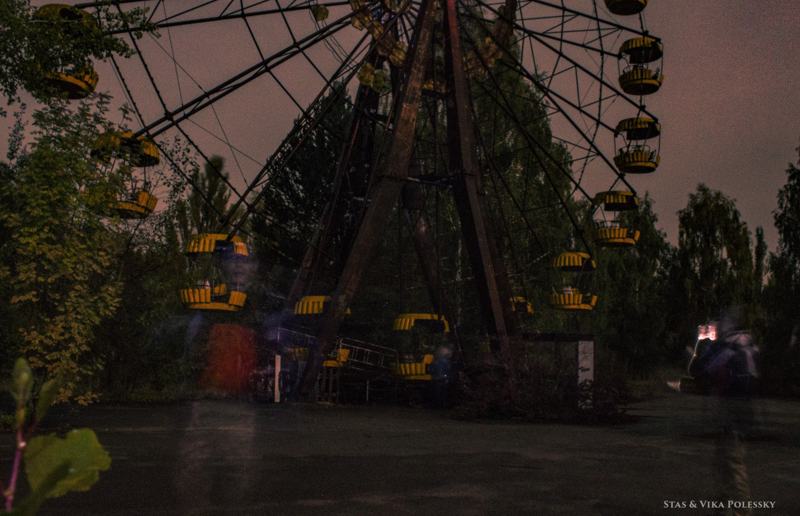 So the Ferris wheel in Pripyat looks now. Photo  2017. Radiation at this site is from 0.80 to 10.00 uSv/Hour. Norm is exceeded by hundreds of times. The liquidators say that military helicopters were landing here during liquidation of Chernobyl accident:

And so the wheel looked a few years after Chernobyl accident. After 31 years on this place grew large trees:

Let’s compare the Ferris wheel before and after Chernobyl accident. Everything became abandoned and disappeared:

Chernobyl amusement park before and after disaster 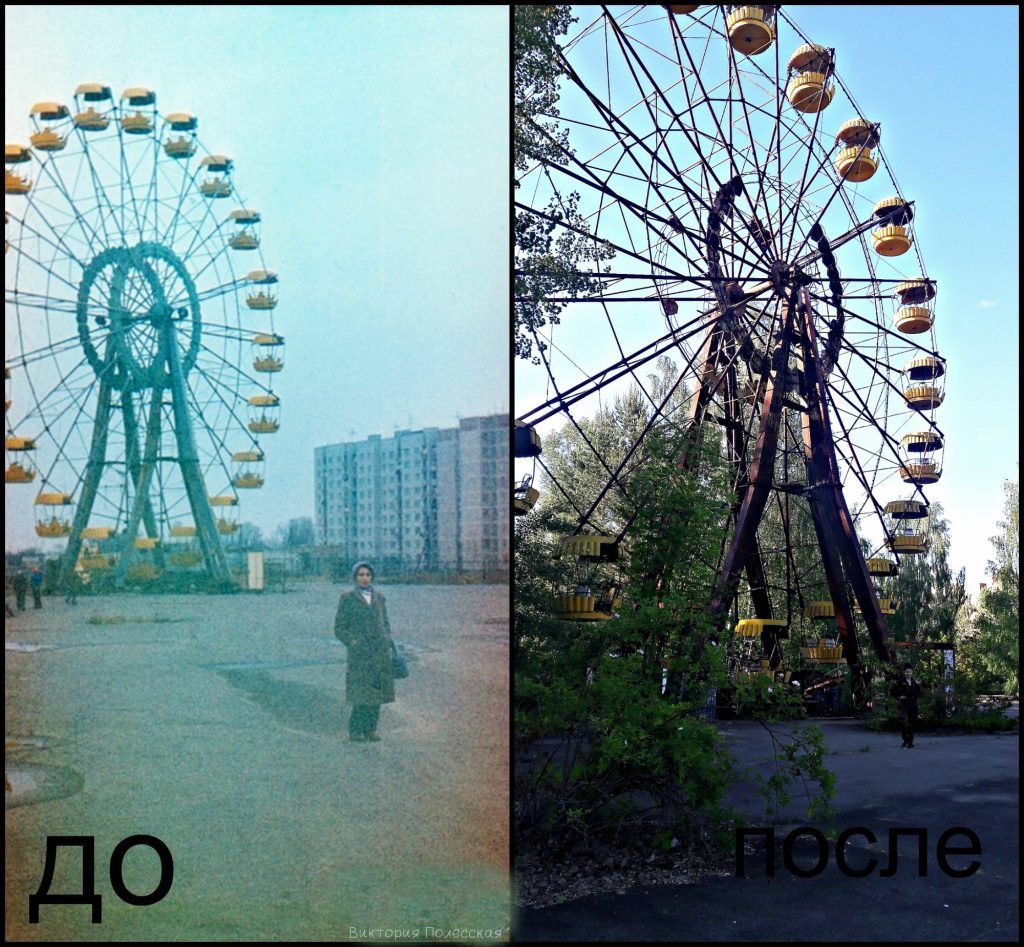 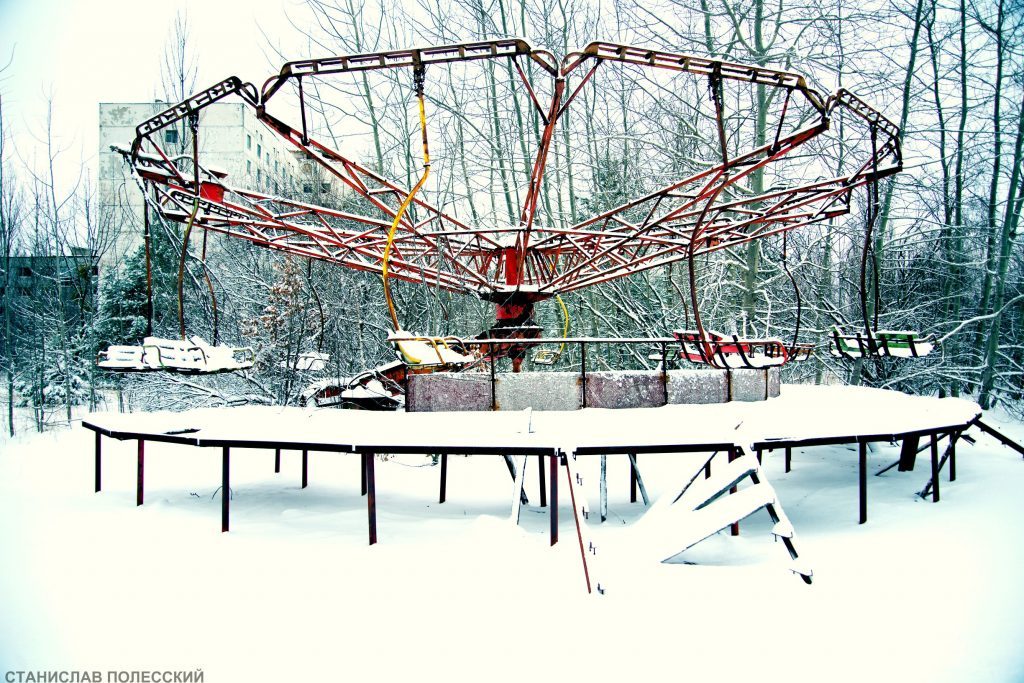 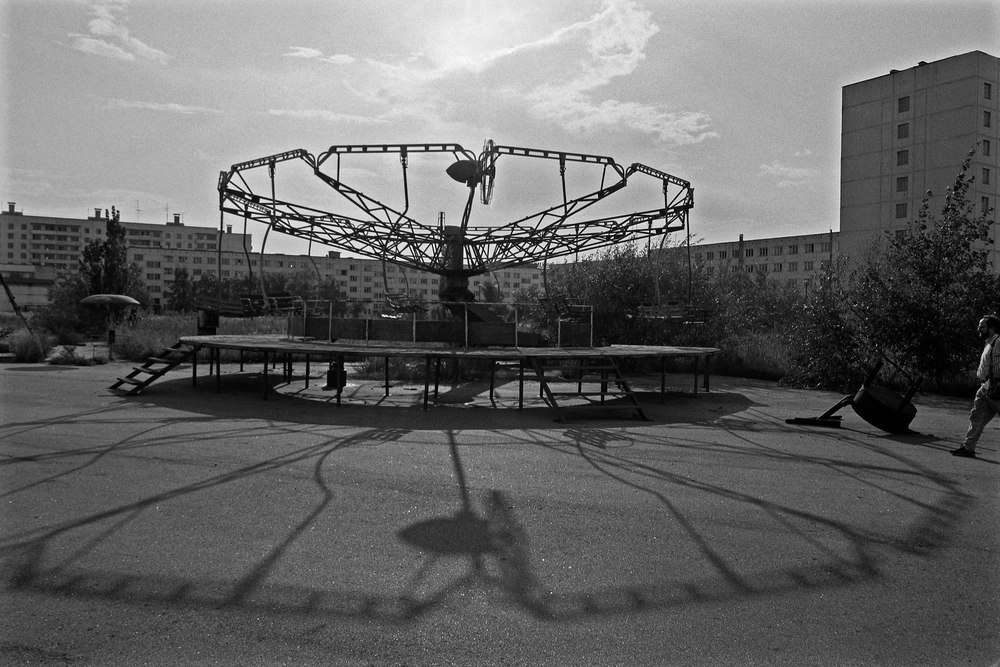 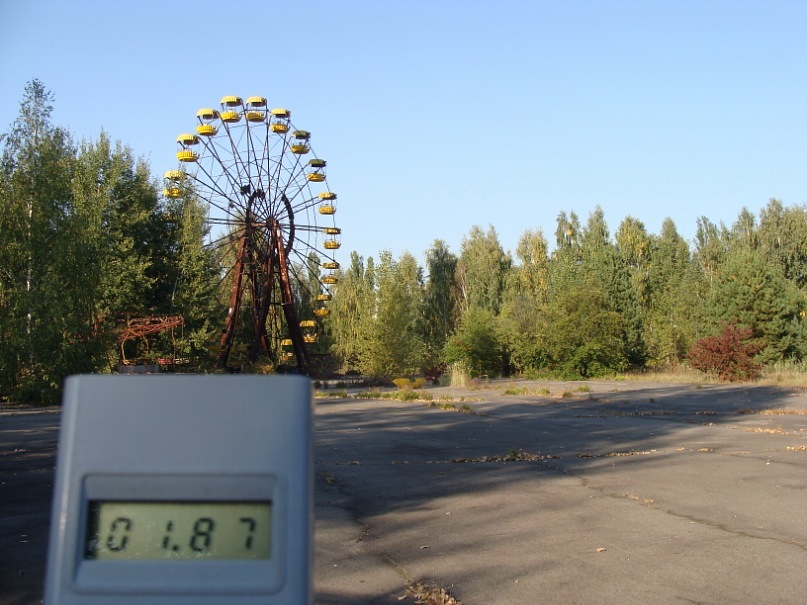