Chernobyl 2018 in winter, probably will not be different from previous years. In capital of zone, time froze. There was no decommunization, here you can see Lenin, who without fear continues to carry his post in middle of the city, which is considered most dangerous in world. No trace of those terrible days when accident at the ChnPP destroyed lives of thousands of people on “BEFORE AND AFTER” … 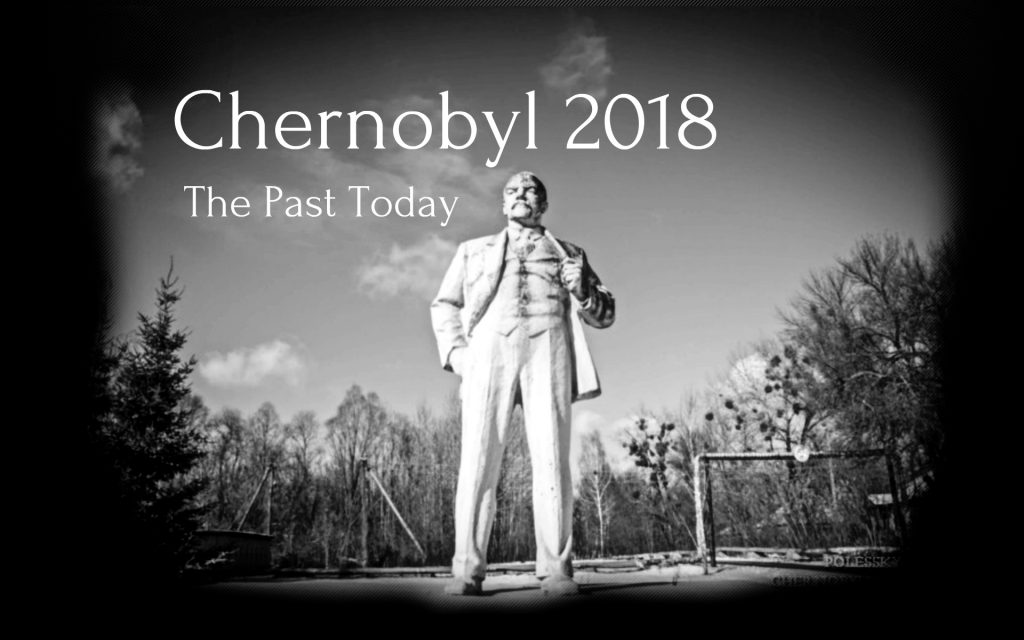 Frost did not lower the temperature by -5 degrees, which made it possible to walk along center of Chornobyl. Of course, many people represent this city completely differently. At  word Chornobyl, we see ChNPP, abandoned houses, empty streets. But in this small abandoned town where the workers exclusion zone live, there are all amenities: shops, cafes, hotels, hospitals, parks .. 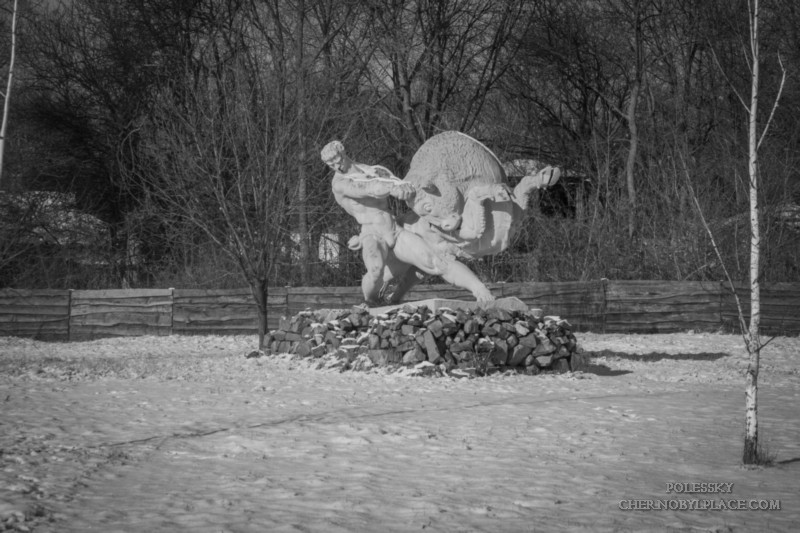 Chernobyl is full of history

City before accident was an ordinary city, and after – it became a terrible word in nuclear industry. It is full of history from beginning to end. In photo you can see building of same court, where in 1987 most prominent meeting took place in history of USSR. Judged people who authorities considered guilty of an accident at the nuclear power plant. 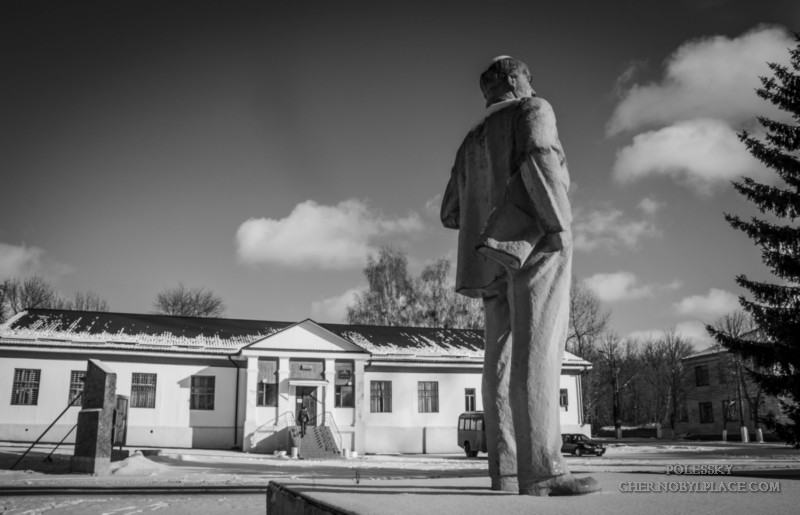 1987, same trial over the leaders of ChNPP 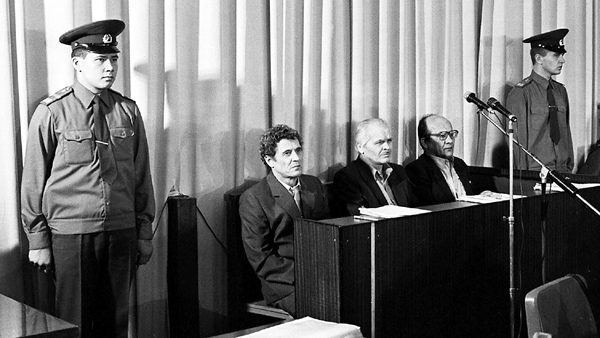 We walked along the avenue in Chornobyl in winter, where different architectural creations are located.

This memorable sign in Chornobyl was made about 6-8 years ago. The idea of author relied on fact that it was possible to throw letters to former villagers in these mailboxes. After all, after accident and the evacuation, many could not find each other. Each cell has name of a certain village in Excluson zone. A high monument stands for abandoned houses. 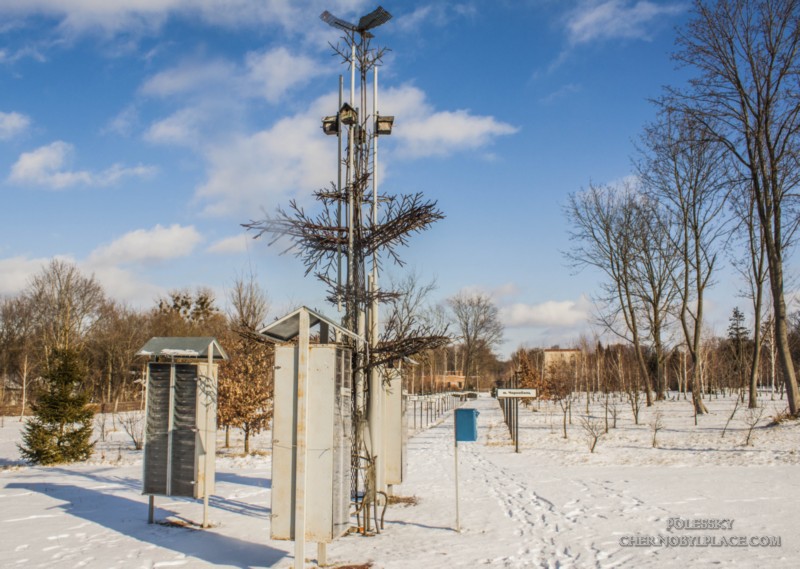 The famous “Trumpeting Angel” in town

“Trumpeting Angel” is also called “Star wormwood”. It is connected in the old legend in Bible, where it is said about bitter star that will fall from sky and poison waters, and die all because of this water. After accident at nuclear power station, people began to believe that prediction from Bible became a prophecy for Polissya .. 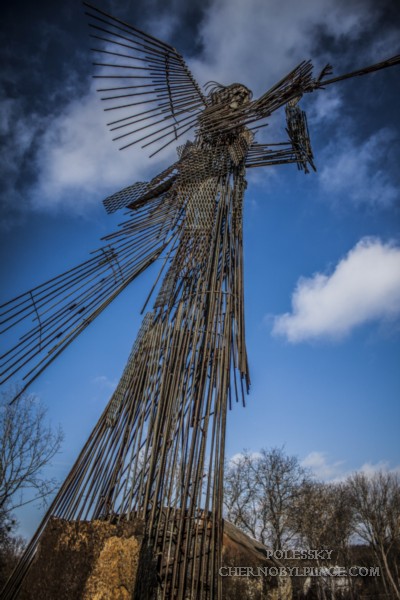 This is how our morning began in the excellent and modern hotel of Chernobyl. There is a TV, a shower, a good cafe … and even WI-FI. 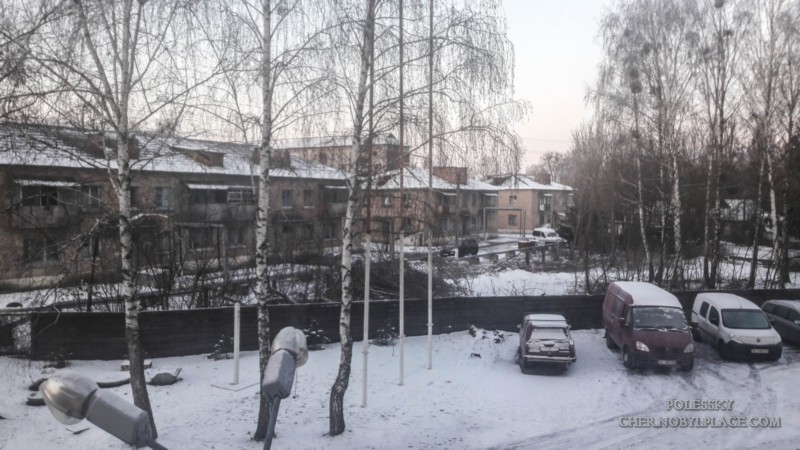 A modern and comfortable hotel in zone: