Zimovishche – an abandoned village in the Chernobyl zone

Zimovishche – an abandoned village. It is located in the Chernobyl zone, on the left bank of the Pripyat River.

The hand of marauders reached these places to the least extent, which is why these places among the researchers are considered the richest.
In this article, I will talk about the abandoned village of Zimovishche in the Chernobyl area. Of all the objects of the “left-bank” Zone, I was most impressed by it. Before the accident in the village lived about 800 people, with it was a collective farm “Pripyatsky”, which owned almost 12 thousand hectares of agricultural land. 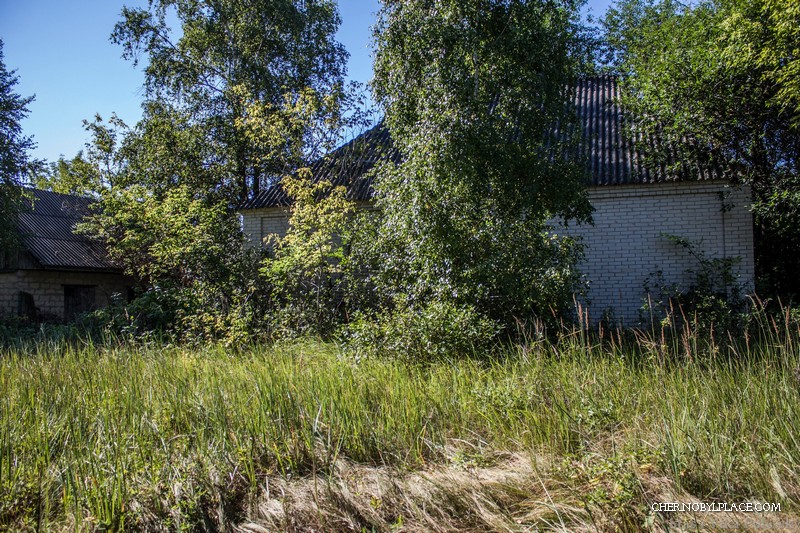 In this abandoned village there are many whole houses, windows are not broken, furniture has remained in place. 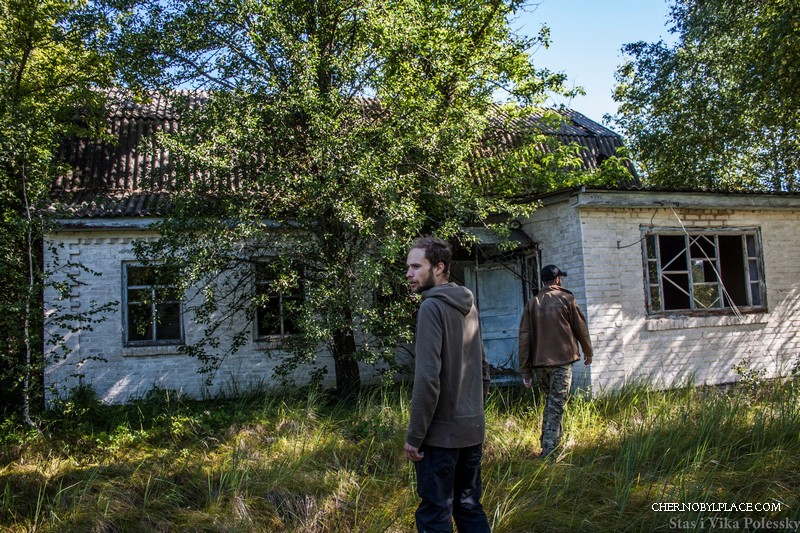 Large-scale contamination of the area around the destroyed reactor required the state to urgently evacuate the civilian population, with its subsequent relocation to clean territories. 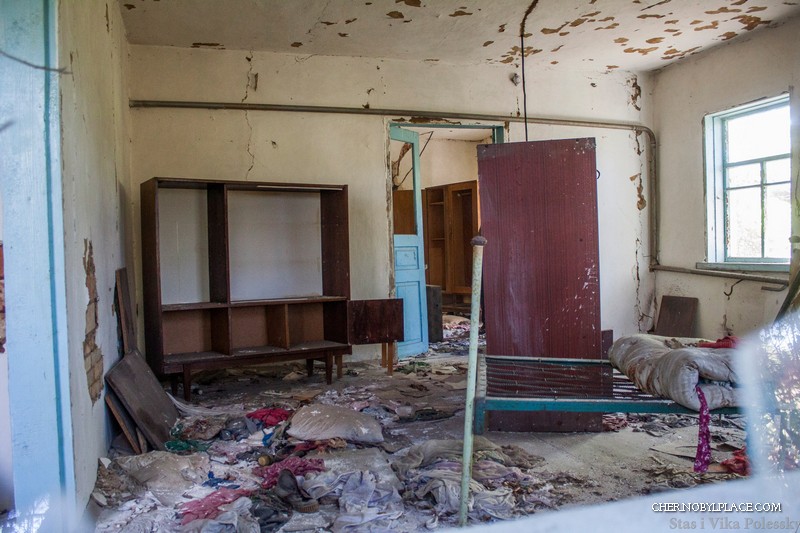 In the abandoned village of Chernobyl, there is high radiation.

Today, in the abandoned village of Zimovishche, radiation exceeds the norm by a factor of ten. 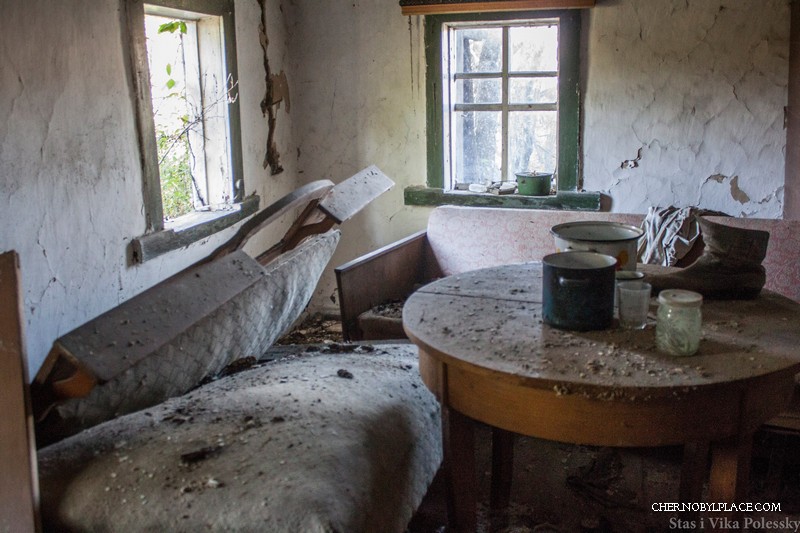 The village center. Soviet symbols and the inscription “Our pride” 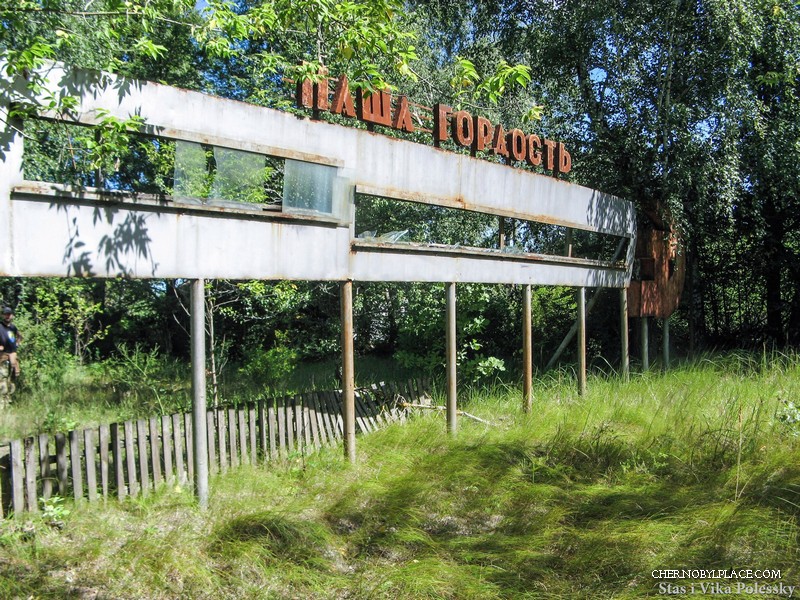 Inside the houses of the village Zimovishche

There are a lot of furniture, abandoned dishes and clothes. These things have been here for 31 years already. 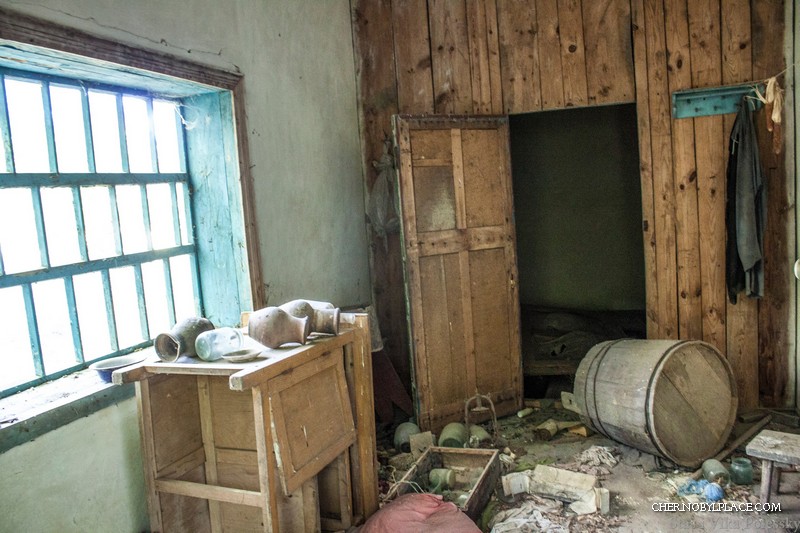 Video from this abandoned village: 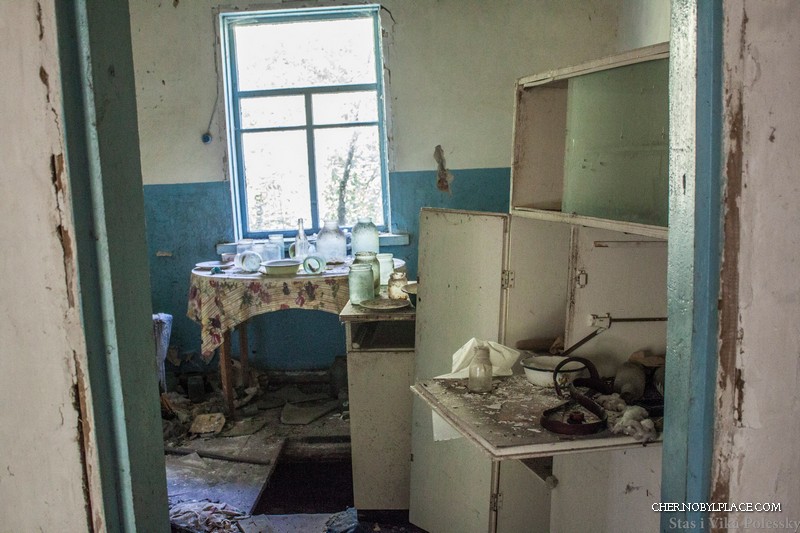 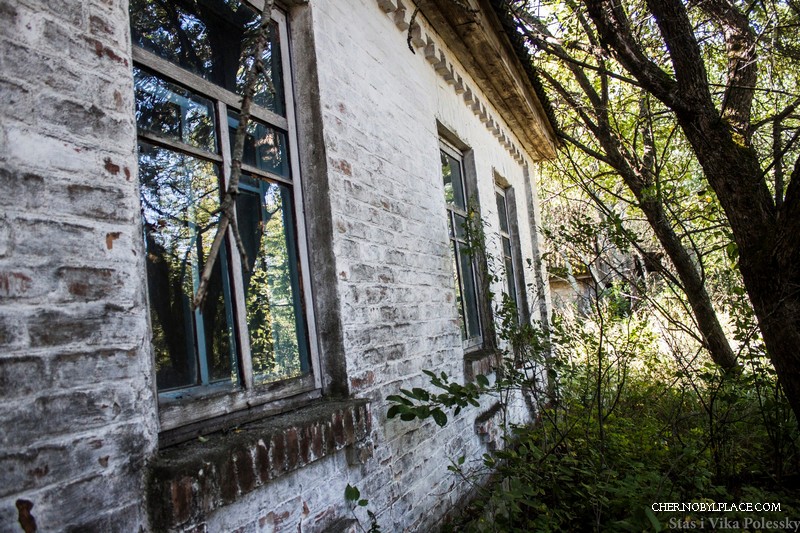 A collective farm “Pripyatsky” of the abandoned village 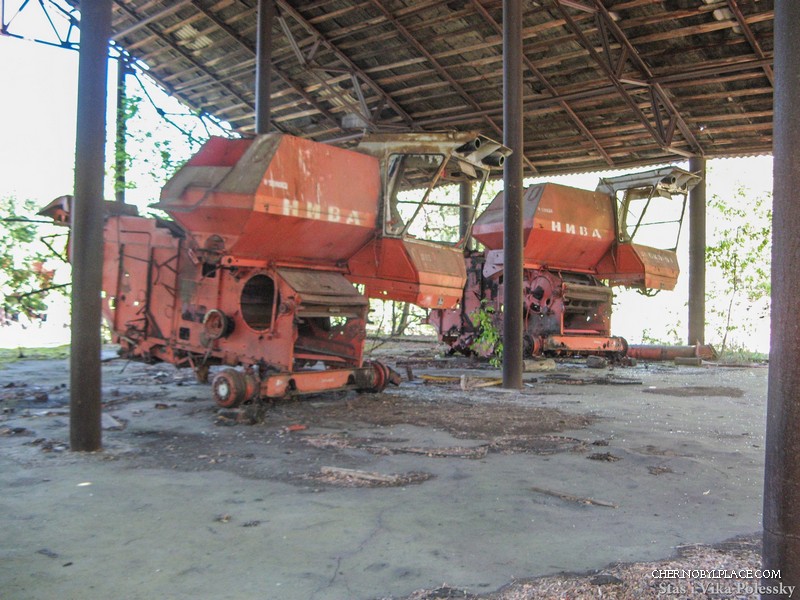 According to scientists who study the processes of transformation of urban (man-made) landscapes of settlements in natural landscapes, all former settlements (villages and cities) should be called fortresses, that is, such natural and territorial complexes that people used to live in, but today there were only abandoned houses, structures and communications. Since man does not intervene in the course of natural processes, such complexes are increasingly wild and acquire a natural appearance. Even in the city of Chernobyl and in villages where self-settlers live, certain territories are gradually transformed into natural ecosystems.