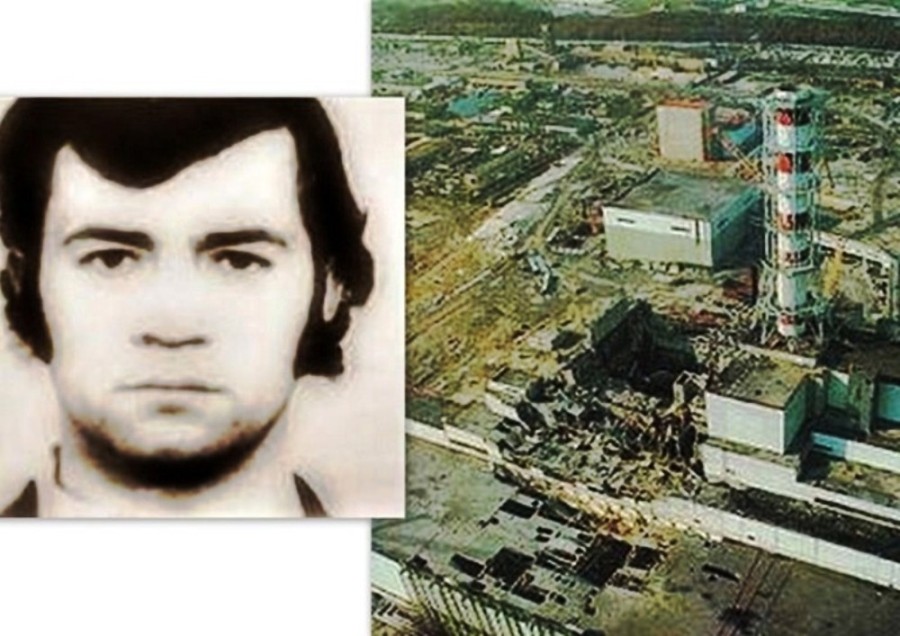 At 1 o’clock 23 minutes and 40 seconds Valery Ivanovich Perevozchenko, the chief of the replacement of the reactor department-2, went to the balcony in the Central Hall. After examining the pool of aged spent fuel, jammed with cassettes, – 2, was going to go to the operators – 4 Kurguz and Henry, to give the task for the whole shift. But suddenly there were frequent water hammers. Perevozchenko winced. Piglet reactor (the top plate of biological protection – IM) began to fall apart. Plates “assembly eleven” came in a wild dance. Valery Ivanovich rushed down to the tenth mark, where the corridor began from the deaerator stack. From the bookstore – the entrance to the premises of the central control room – 4. Perevozchenko ran to the block control panel to report to Akimov about what was happening.

At the time when Perevozchenko dived into the opening of the deaerator stack, at the far end of the room was the machinist Valery Hodemchuk .. Hedemchuk watched the strange behavior of the pumps. Pumps trembled violently. Khomemchuk was going to report on what Akimov saw, but suddenly an explosion broke out.

The first radiation strike on that tragic night and the first victim was the machinist Valery Hodemchuk, who went to see why the circulating pumps suddenly began to shake. He was covered by an explosion, the body remained under the ruins. With comrades Hodemchuk for the change, received a fatal dose of radiation, clothes were removed along with the skin, still alive.

The head of the shift V.Perevozchenko came running and told A.Dyatlov that the operator of the main circulating pumps Valery Hodemchuk had disappeared. Woodpeckers together with Perevozchenko and Yuvchenko went looking for Chademchuk and approached the failure in the floor, which was formed at the entrance to the hall of the main circulation pumps. Dyatlov and Yuvchenko remained at the failure, and
V. Perevozchenko on the console crawled to the premises of the operators, where, albeit with a small degree of probability, could be Valery Hodemchuk. It was dangerous to crawl, water ran from above, but Perevozchenko safely made his way to the operators’ premises. But Khodemchuk was not there, he was never found.

From the reminiscences of A. Yuvchenko – senior mechanical engineer of RC-2: “Perevozchenko said, now we will look for Chademchuk – he had no chance to get out” – and we went to look for him, to believe that he would never come back was simply impossible. ” And no one could say that it was useless to look for him, he was looking for VI. Perevozchenko, V.V. Golovatyuk, V.S. Kirienko, V.V. Dichenko, Yu.P. Yudin, V. Shkurko, S.V. Reversible; three times A.V. Yuvchenko. And if there were any other person in his place, they would still be looking for such a moral duty of our people. But the idea of ​​losing Valeria seemed wild and he was searching for it. For several hours in a row, in the blackness of the premises with entrenched entrances and exits, in the crash of collapses, panting from the smoke and radioactive dust in the high radiation fields unknown to the personnel until they themselves began to lose consciousness until they were forced to obey the order – leave the station after 7 morning of April 26 with the arrival of a new shift.

Valery became the first and only one who got death in the fourth block and arranged for him a grave under concrete blockages.

Inside the destroyed block, the Chernobyl victims installed a Memorial plaque with a portrait of Valery Khodemchuk. Access to this deadly space is strictly prohibited. And yet the portrait always has fresh flowers. Apparently, the spirit of human memory is still stronger than the fear of millions of radiation curies.

He was loved for sincere generosity, openness and straightforwardness, for conscientiousness in any business, for professionalism.

He was posthumously awarded a Government award. Symbolic plate and bust of VI. Hodemchuk at the Mitinskoye cemetery in Moscow appeared in 1997.

See also “” Rare Photo Elimination of the Chernobyl Accident “on our website: