The most radioactive abandoned places in Chernobyl

The most radioactive abandoned places in Chernobyl are very dangerous objects

Everyone has already heard about the terrible room in the basement of the Pripyat medical and sanitary unit No. 126. It is there that belong to the firefighters and employees of the Chernobyl nuclear power plant, who extinguished the fire during the terrible accident at the nuclear power plant in 1986. This is a very radioactive and abandoned place in Chernobyl. 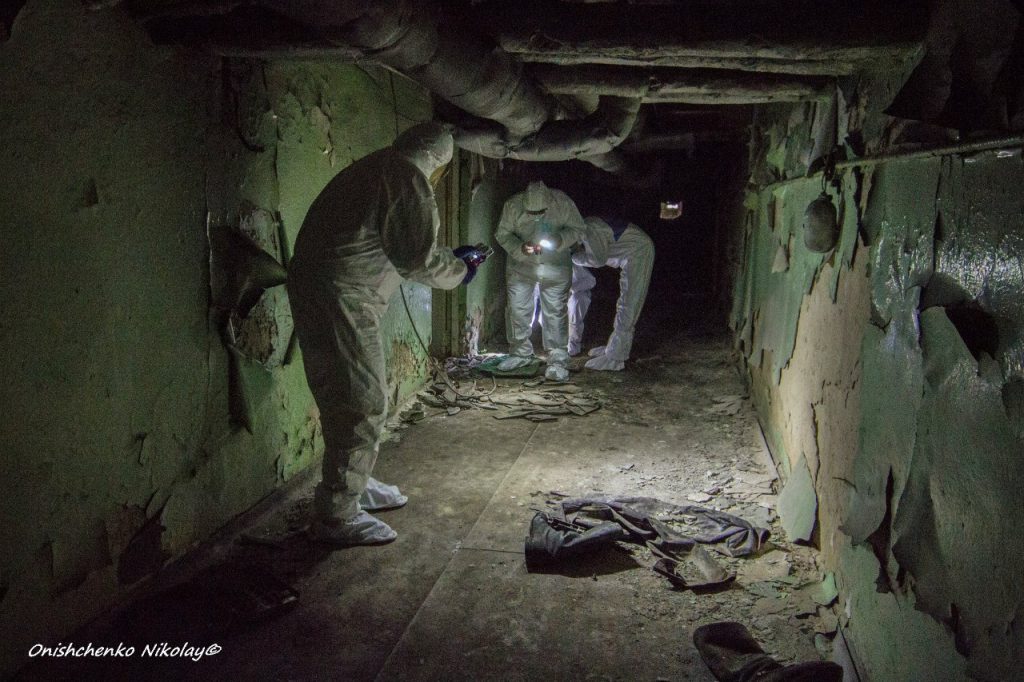 Basement of the hospital in Pripyat Photo by Nikolay Onischenko

Radiation in the first hours after the explosion reached such monstrous indicators that people fighting with fire died within a year of radiation sickness.

It was the Pripyat hospital that took the first victims. Clothing that was with radiation, the orderlies sent to the basement of the hospital. A day later the entire city was evacuated, and all the «dirty» things were forgotten …

Fans of extreme sports and just curious tourists sometimes go down into this room, after wearing protective clothing. But we strongly DO NOT recommend that you do this without knowledge and training, as this is a great threat to health and life.

The most radioactive abandoned places in Chernobyl №2 “The basement of the Jupiter plant in Pripyat, Chernobyl”

The basement of the Jupiter plant in Pripyat, Chernobyl is very interesting.

The dungeon of the radio plant Jupiter in Pripyat is now one of the most creepy and inaccessible places in the Chernobyl zone. Due to the fact that the basement was flooded, it is very unpleasant in it. We have to wear special shoe covers, so do not get our feet wet. Water in places reaches the knees. 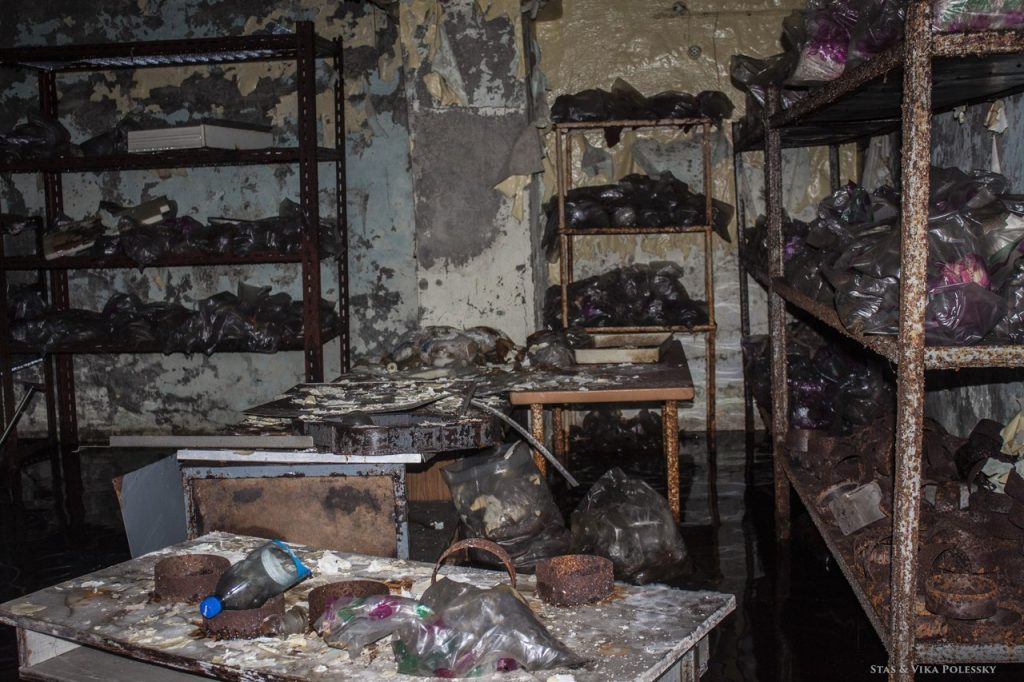 Also in these underground laboratories is a box with sand and chemical shelves with chemical reagents.

The red forest in Chernobyl is a unique corner of the Chernobyl nature, which suffered from the effects of radiation in 1986 after the Chernobyl accident.

The background in this forest reached 1-2 roentgens, so the trees were piled up and buried in trenches on the site where they grew up.

Now the forest is being restored, but it looks rather strange. The background is still very high, and it is very dangerous there.

The red forest is filled with dead wood and unusual trees. Let’s see what is happening there now:

The Chernobyl nuclear power plant is the most radioactive place in Chernobyl. It was here that the explosion occurred on April 26, 1986, which led to an atomic catastrophe.

How does the Chernobyl nuclear power station look like today, in November 2017. What is the background of radiation there today? See the newest photo:

The most radioactive abandoned place in Chernobyl is a Cemetery equipment “Buryakivka.

During the liquidation of the accident at the Chernobyl nuclear power plant, a great many different techniques were used. The work was carried out under powerful radioactive radiation. For this reason, the continued use of this technique became impossible.

Photo of the remains of equipment on Buryakivka

If you want to see it with your own eyes, book a safe tour to Chernobyl here: