The history of pilot, the liquidator of the Chernobyl accident

“I fell asleep in flight. They took off, put the autopilot. I look, the right pilot is sleeping, the flight engineer is sleeping, the navigator is sleeping. And the helicopter is buzzing so well: “Uhhh” … Woke up when I heard my callsign. How long did I sleep? Maybe a minute, maybe a couple of seconds. ” It seems that the experienced pilot Oleg Chichkov still does not believe that this could happen to him. But in the spring of 1986 helicopters of liquidators flew above the nuclear reactor almost without a break for sleep.

“I found out that the station had exploded, I was on a fishing trip”

Oleg Chichkov walks with a cane, very limp on one leg, but keeps at the same time – Colonel’s Colonel. In the elevator, going up to the office, fixes the hearing aid to the right ear.
– I was told in Aksakovshchina (in the rehabilitation center) that I am illegally living, – laughs Oleg Georgievich. – Sores – thirty diagnoses. How much I have accumulated radiation – this people should not live with. 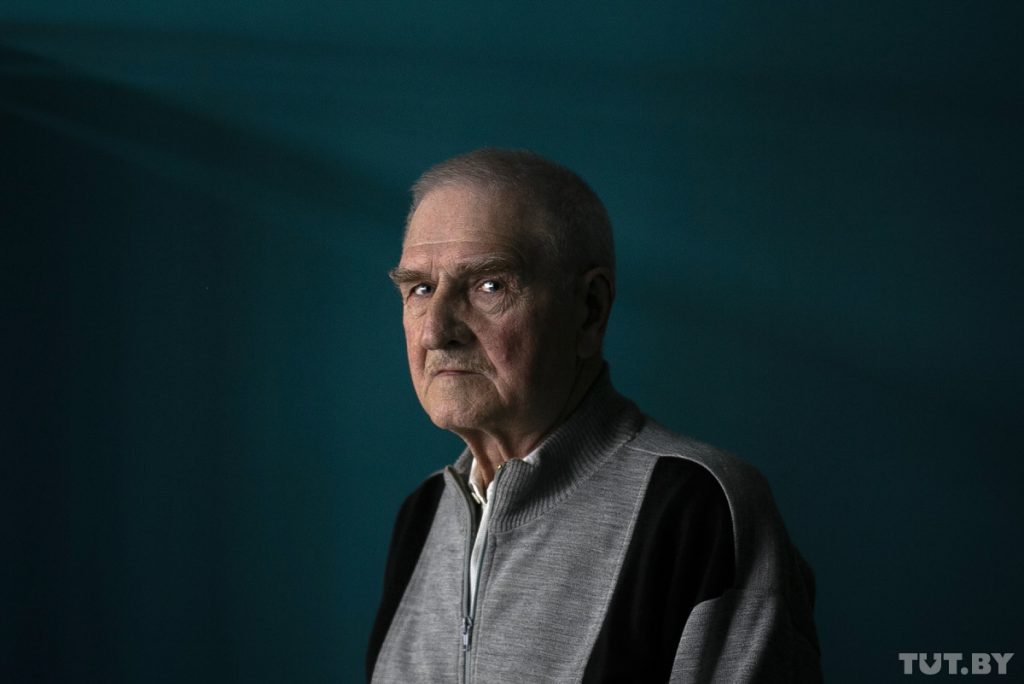 In the year of the accident, Oleg Chichkov, a colonel who had already experienced experience, served in Chita, in Transbaikalia.
“I was fishing on Lake Keno in those days,” he says. – Probably, on the second day after the accident, I read a small note about the Chernobyl accident in the newspaper, but did not pay much attention to it. The next day I sit, fish – the UAZ comes, the chaperone is running: urgently to the headquarters! I came to the headquarters, and they say to me: “Pick up better pilots, with Mi-26” – and in Chernobyl. There it is bad – we must save. 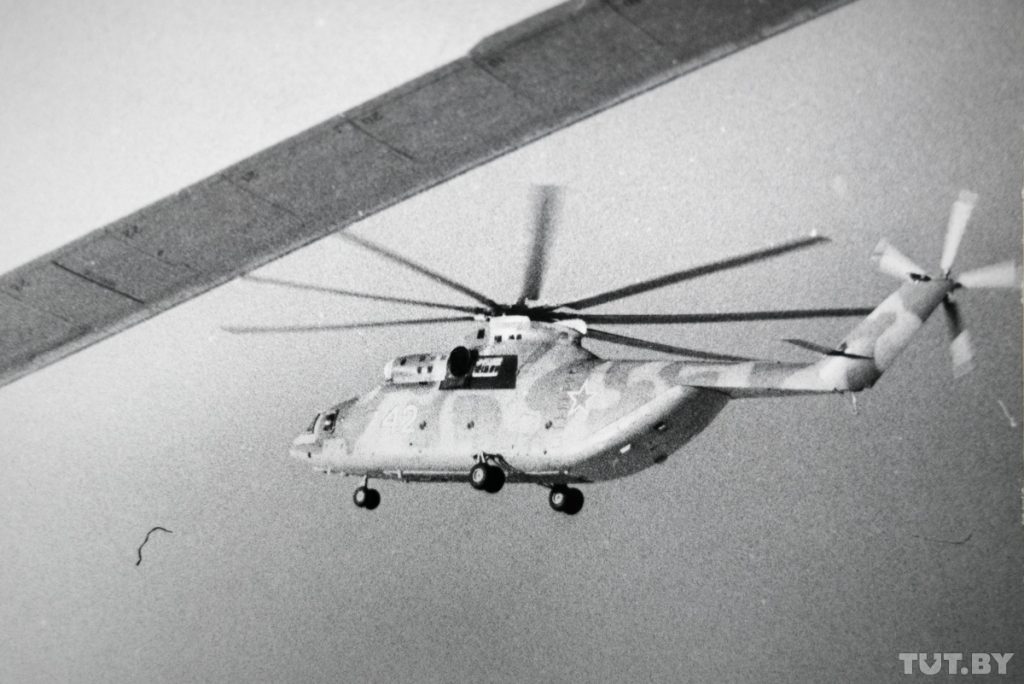 The pilots were flown to Chernigov, Ukraine. Oleg Chichkov explains why the crews for the Mi-26 had to be assembled from afar. At that time in the whole Union, according to his calculations, there were only about thirty crews who knew how to operate this helicopter in such a way as to cope with cargo on the suspension.
From helicopters in Chernobyl were dropped lead, dolomite, boric acid in bags – anything that could extinguish the fire and reduce the release of radioactive substances.
– The “Mi-26” three TV cameras – it allowed you to drop the cargo extremely accurately, the pilot from the cab saw everything you need, – explains Oleg Chichkov. – And the other helicopters still had to be “directed”: a gunner was put on the roof of the Pripyat hotel, a helicopter gunner was flying behind … And our car was both accurate and airtight.
On board the Mi-26 were radiometric counters. The extreme position of the arrow included 600 X-rays – during flights over the reactor, it often went off scale, especially in the early days.
Among helicopter-liquidators there were several helicopters for radiological and chemical reconnaissance – Mi-24 RHR. One of them was equipped with new Japanese equipment, which could detect high doses; on the other side of the reactor, where naked plutonium rods protruded through the ruined wall, more than three thousand X-rays were shattered.
Flights without an account
The base for pilots was located on the outskirts of Chernobyl, fourteen kilometers south of the nuclear power plant. The cargo was brought to this site to be dropped into the reactor.
– I always took off first – at 3.30, with the dawn. Flew over the fourth block and took measurements, about their results there and then reported to Moscow, – Oleg Chichkov recalls. – For example, on the morning of May 6, there were 300 x-rays. As soon as something was thrown into the reactor, the radiation levels rose. 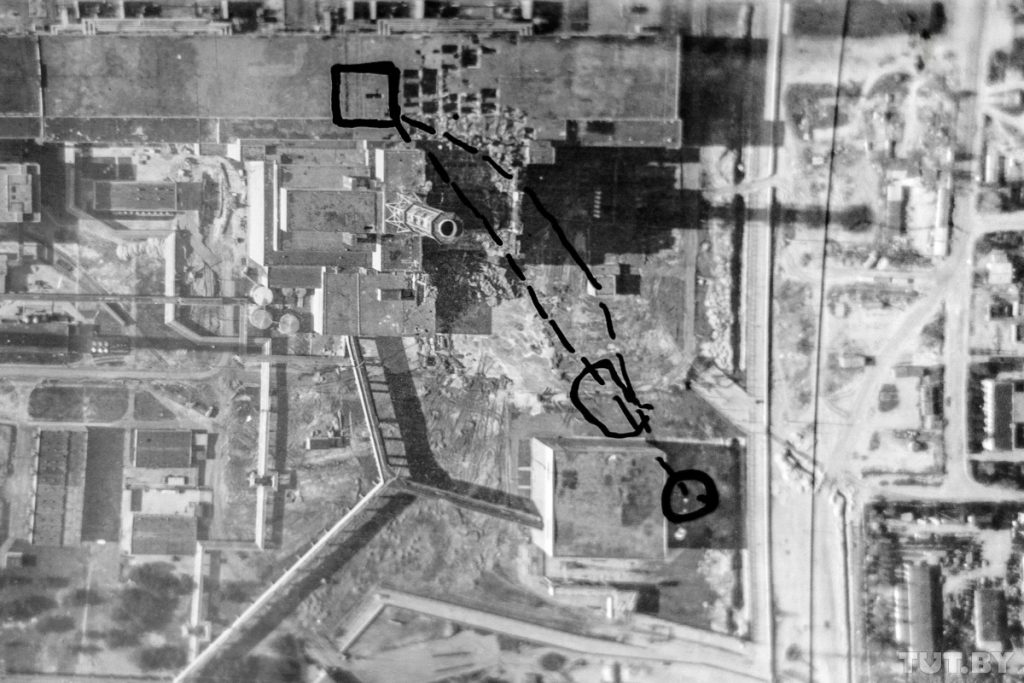 Sometimes mastery was required. For example, the helicopter had to dip a fragile tube 2 mm in diameter into the vent of the reactor, and 300 meters in length. So measured the temperature and other parameters of the processes that took place in the reactor. The operation was carried out by pilot Nikolai Volkozub on the Mi-8, Oleg Chichkov corrected his flight on his helicopter. In the same 1986, the magazine “Youth” will write about this case.
Every evening after the flights the pilots washed themselves in a field bath from large army tents.
– On the third day all the camouflage, all the numbers, were washed off from the helicopters, because they were treated with an alcohol mixture, “Oleg Georgievich adds. – Then in the Aksakov district “liquidators” met me, who said: “We drank vodka every day – we need to be treated for nuclides!” … What’s there to drink? It was frustrating because of this smell – the helicopter was so saturated with alcohol!

For the account of irradiation at first issued “pencils” (pocket devices for the estimation of accumulated radiation). They were handed in after each working day, until they realized the meaninglessness of the occupation. The means of measurement was extremely unreliable: you would hit or drop – and all the readings were dropped. By mid-May instead of pencils liquidators were given “storage”, which hung on the belt. With them, the readings could be removed only by connecting to a special device.
Already before leaving the Chernobyl zone, Oleg Chichkov learns that for each flight to the reactor they were recorded 8 X-rays, an acceptable dose of papers were 24 X-rays:
“So three flights – that’s all, the crew must be cleaned.” Where do you get so many people? We did not count how many times we flew to the reactor – sometimes, maybe ten times a day. We had to work. Maybe the first shipment of crews flew three times, and then “shot” … But we were on the “Mi-26” last, there was nobody to replace us. I know that pilots before us, who recruited more than 24 x-rays, were sent to TsNIIGI (the central scientific research aviation hospital.) – there they took spinal punctures. And when you get a puncture, it’s very likely that you will remain disabled for life. I told those who wrote the documents: “So that I and my children have more than 23 X-rays.” And they wrote to us 22 … Then, much later, in Aksakov, I was judged by the flight book that I received x-ray irradiation at 300 … 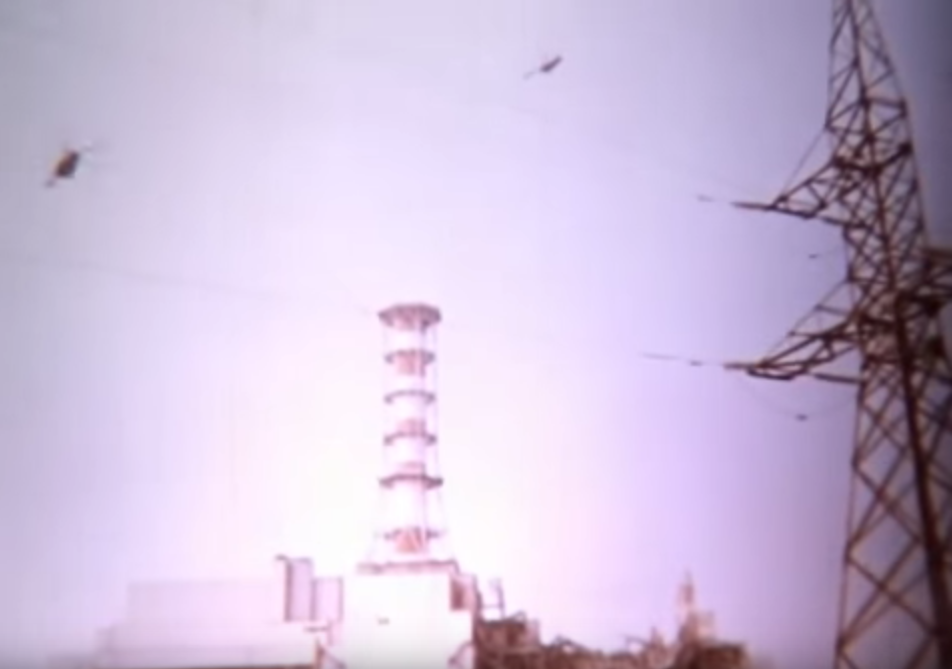 “The wind grabbed the sand-soaked sand and carried on people”
After the fire in the reactor faded, the pilots took up the decontamination of the terrain – on the whole area of ​​the nuclear power plant and within a radius of 30 kilometers it was necessary to water the land with a special mixture. At the helicopter plant in Rostov, a special device was made: a bar with holes was attached to the belly of the helicopter, in the middle of the bar – additional tanks for 20 tons.
– The station was going to build the 5 th and 6 th power units, so there was a lot of building materials: cement, sand in paper bags. From the heat, the bags burst. The wind grabbed sand, soaked in nuclides, and carried on to people. We poured this radioactive dust from helicopters.

– Once took off, put the car on the autopilot. I look, the right pilot is sleeping, the flight engineer is sleeping, the navigator is sleeping. And the helicopter is buzzing so well: “uuuu” … I woke up when I heard my callsign. How long did I sleep? Maybe a minute, maybe a couple of seconds. But the fact is that I also fell asleep, imagine? Flew, reported to the authorities: this is not the case.
Appetite was not, especially not like meat. Permanent lead taste.
“I ate, count, only small cucumbers.” A bucket of plastic will be brought – I’ll make sure of it with Ukrainian bread …
A leaden smack sometimes appears even now. In the Colonel’s memoirs it is written:
“Already at this time it was clear that the crews quickly dialed” doses. ” Two or three days – and to the hospital. Began to take action. Sheeted lead laid the floors of the cabin, and sometimes parachute cups in the seats of pilots. Chemists argued that 1 centimeter of lead reduces radiation twice. ”

Liquidator Chichkov, who extinguished the fire in the reactor, had a third group of disabilities, for which benefits are currently not imposed in Belarus.
– I was given a second group, non-working. But I then had a pension of $ 38, and times such were, that I could not not work: three children, it was necessary to help. And I begged all the same to put me a third, working group. As the benefits were canceled, I somehow asked what was there with the second group. And they say to me: the train left. Well, he left – so he left. I do not need anything. I’m not that kind of person who needs to beg for something, complain. I spat on everything, I live in pleasure: at home I do not sit by the stake, I go fishing, I drink vodka on holidays, I smoke till now, – Oleg Georgievich laughs. – I have three children, three grandchildren, all need time. What more do I need? 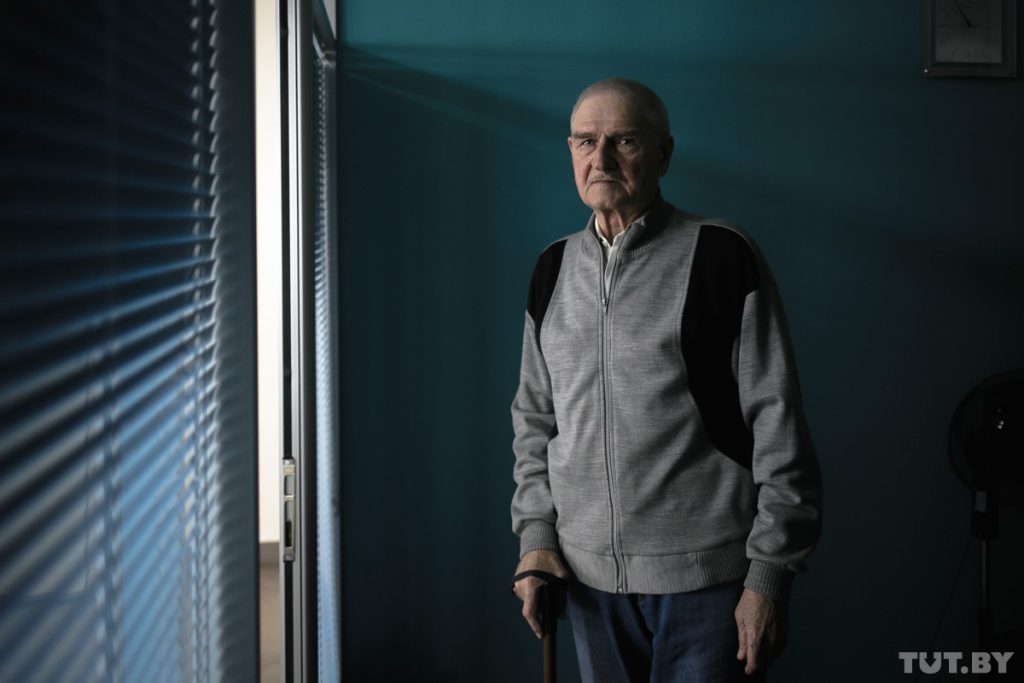 Rare photos from archive of liquidators of Chernobyl accident