The abandoned and secret Jupiter plant (factory) in Chernobyl

The abandoned Jupiter plant is in Pripyat, the Chernobyl zone.
This is the most interesting and secret object of a conscientious union. All his work was shrouded in secrets. And even after the Chernobyl accident, all the secrets of the Jupiter plant were not opened.

What manufactured abandoned and secret plant in Chernobyl

In the conditions of the strictest secrecy on the territory of Jupiter, the development and assembly of military computers and the «Black Boxes» were used to designate the assembled units with the mysterious prefix «Article No.». Even at the present time, it is not known for certain about all the assembled units coming off the assembly line. It is known that many of the products were used for military submarines, fighters, and even in the space industry. 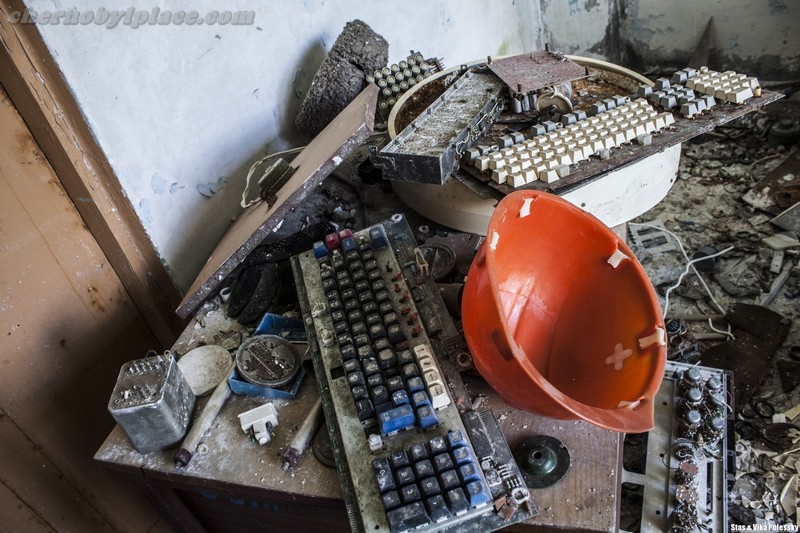 The size of the territory of the plant is impressive and comparable to the whole urban micro-district. If the majority of the population of Pripyat was involved in the Chernobyl NPP, the remaining majority worked here.
After the disaster, the plant turned out to be one of those places that it’s a pity to quit, so it was decided to conduct a full decontamination of the territory, after which the production resumed. Jupiter functioned until the production of electricity at the Chernobyl NPP was finally stopped — the station was the main source for ensuring large-scale production. 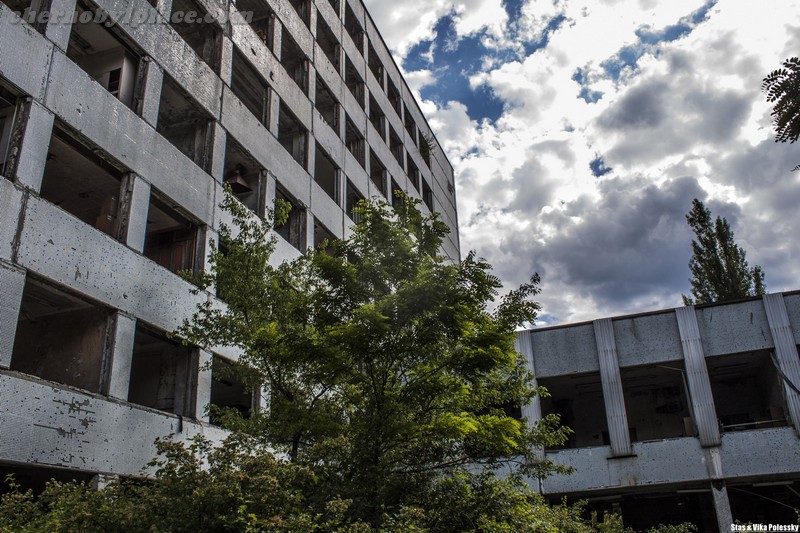 After the territory of the plant was given to the possession of «Specatom». In the former workshops, they began to test the robotics for the «Shelter» facility, and also equipped the dosimetry laboratories. 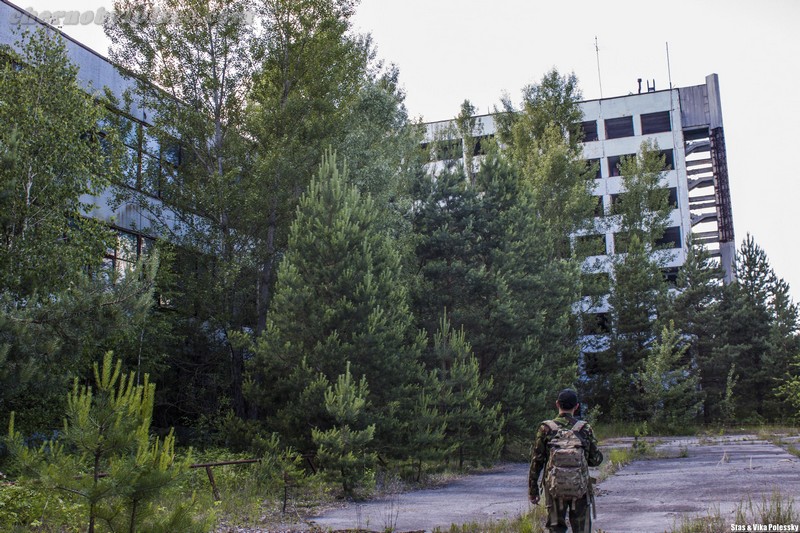 The secret factory in Pripyat is now abandoned

About 7 years ago, «Specatom» also lost interest in the plant and just moved out of the occupied territory. At present, Jupiter is completely abandoned and plundered. 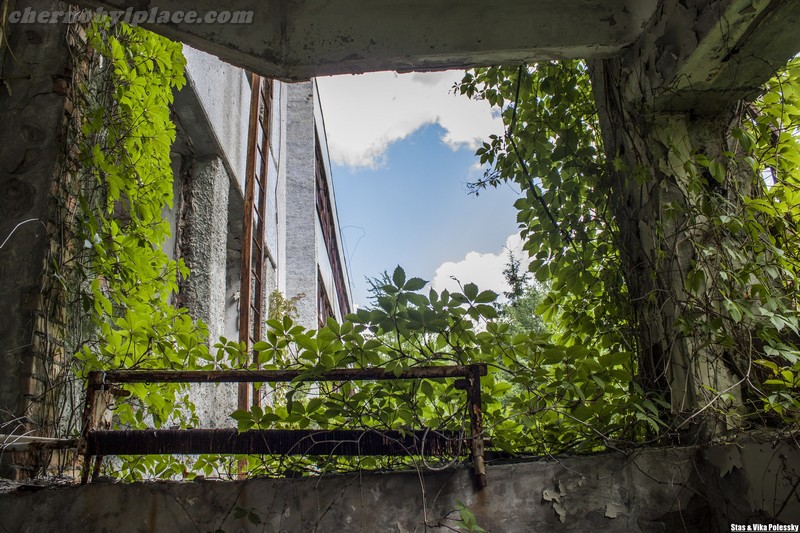 There were a lot of inventory left at the factory

Because the plant was left not so long ago, many Soviet machines, appliances and household items can still be found in the premises. In the photo you can see how the plant Jupiter looks today 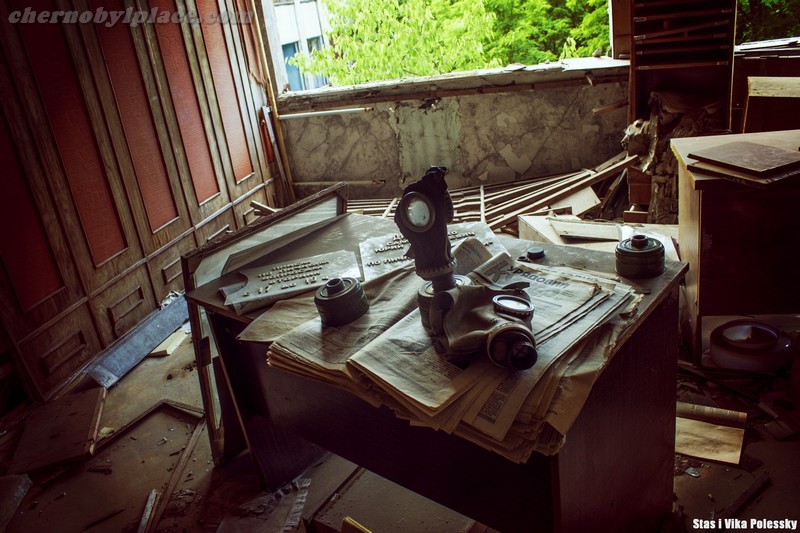 The workshops of abandoned and secret factory Jupiter were used as a location for the video game Stalker (S.T.A.L.K.E.R.)

Developers of the game S.T.A.L.K.E.R. used the shop floor view of the Jupiter plant in Pripyat as a location. Fans of games remember that in this virtual shop there is a helicopter. In reality, it is not there:

Library at the Jupiter plant 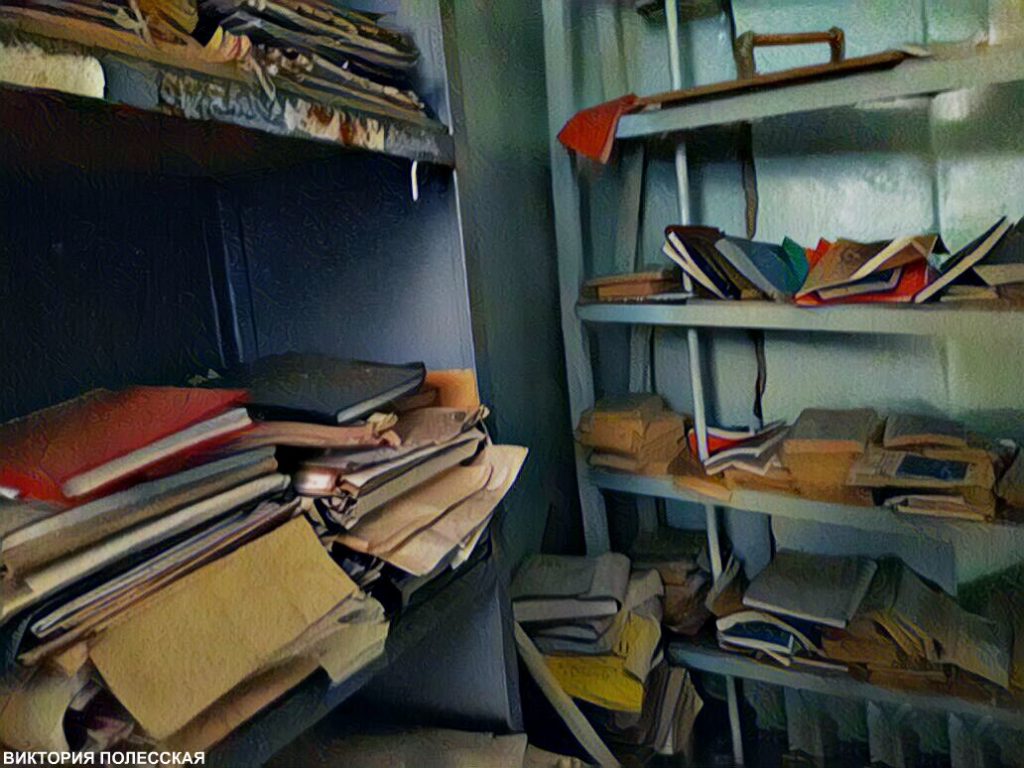 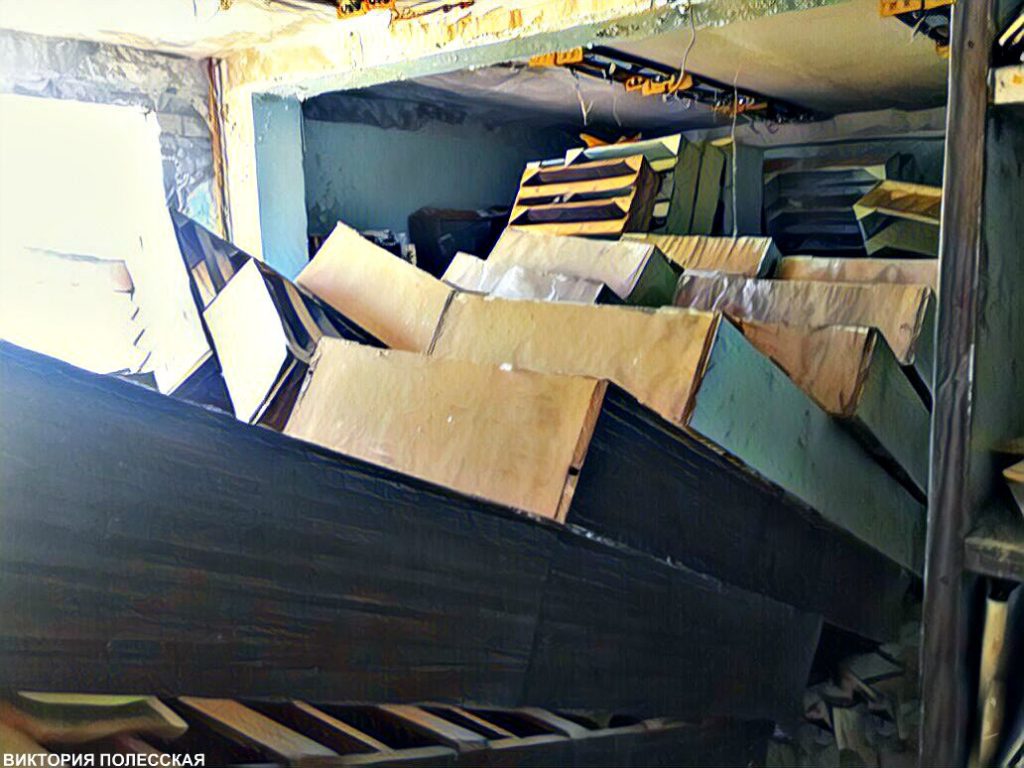 Interesting artifacts, the remains of computers 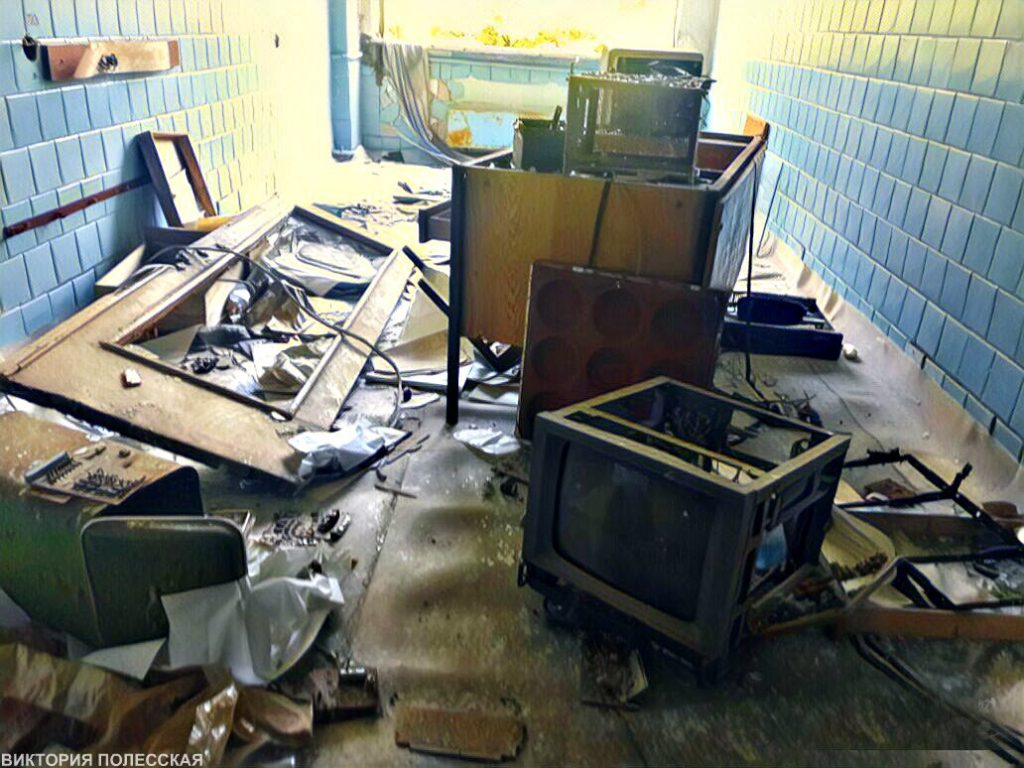 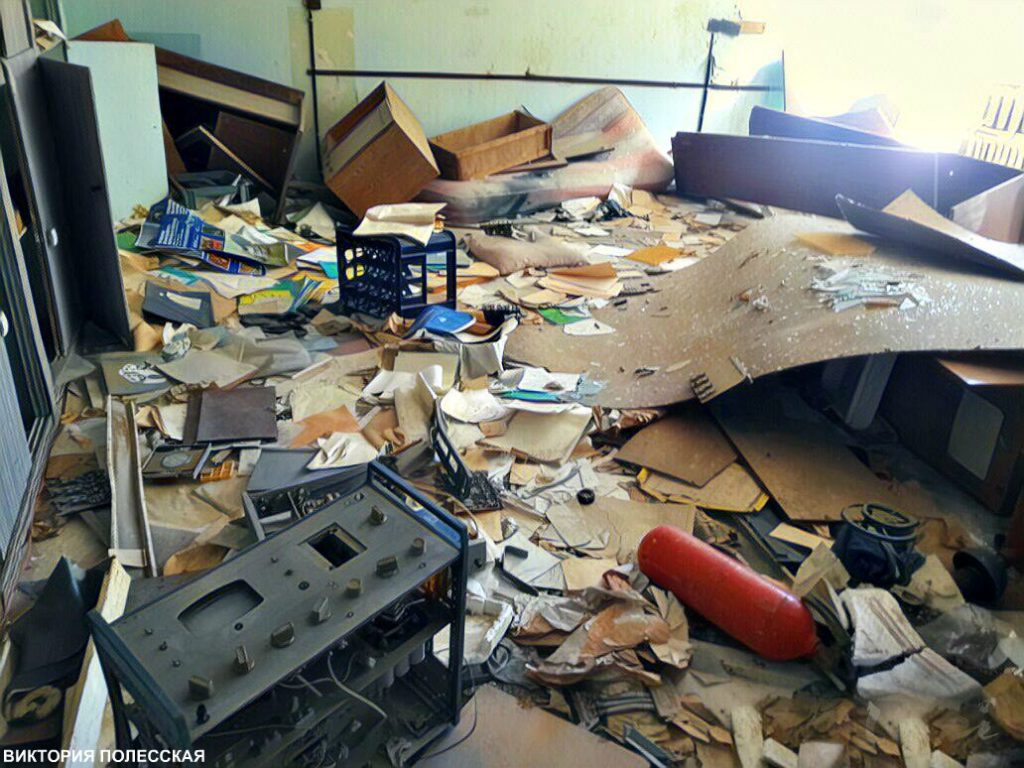 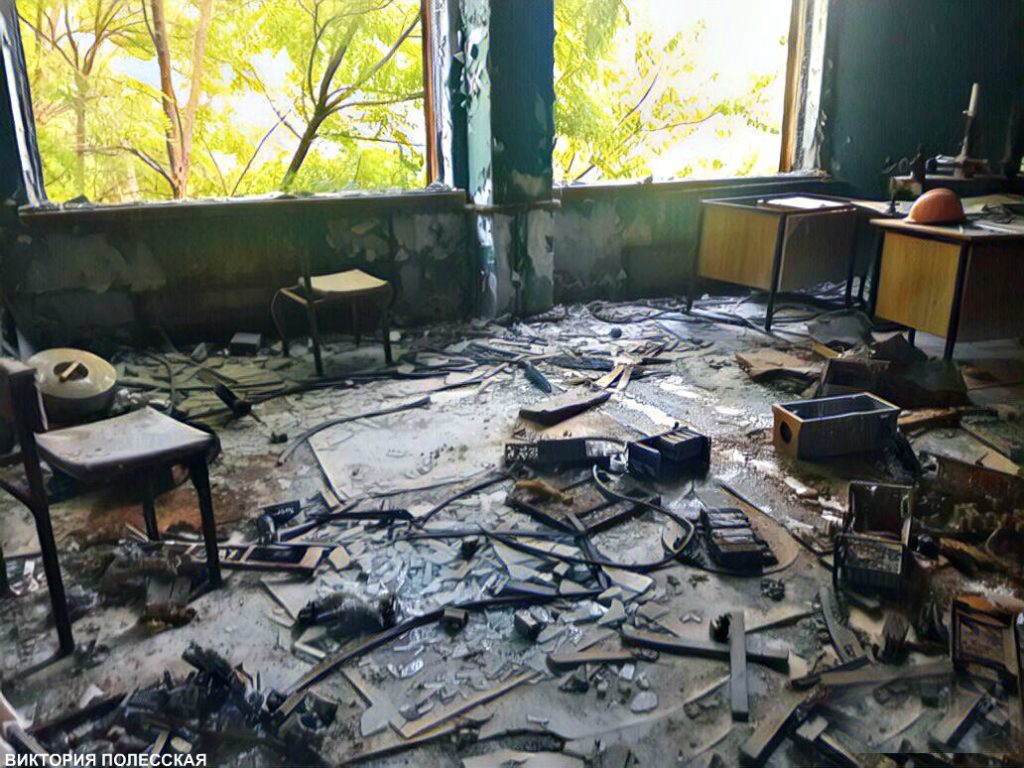 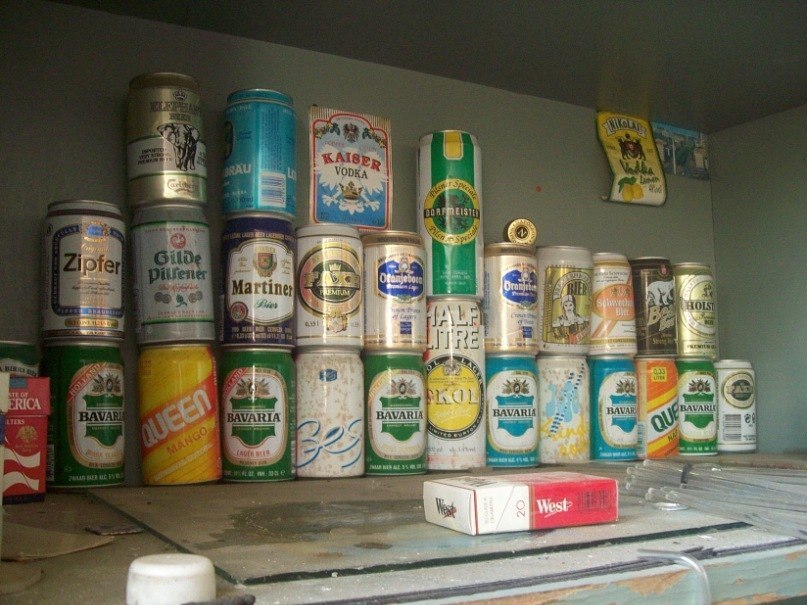 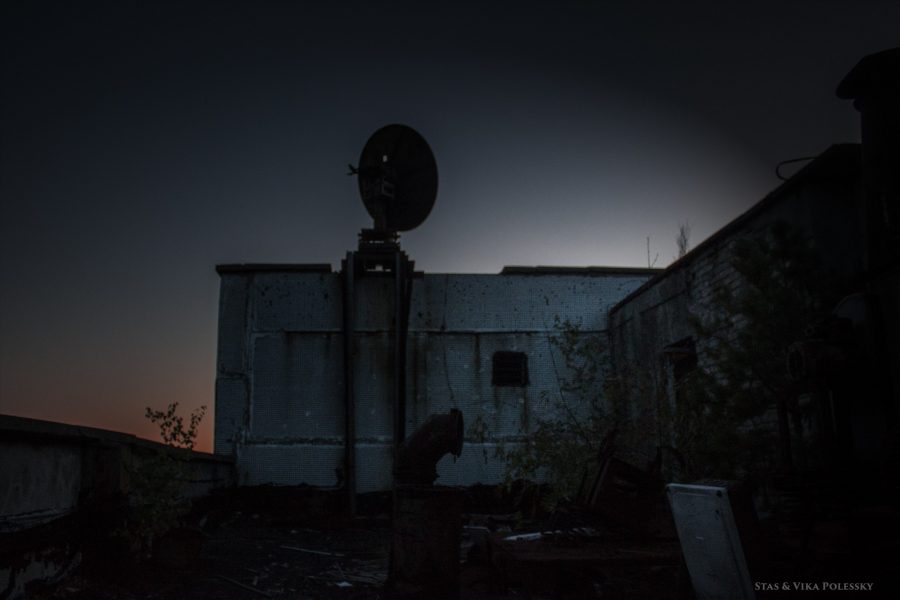 On the street are the remains of buses 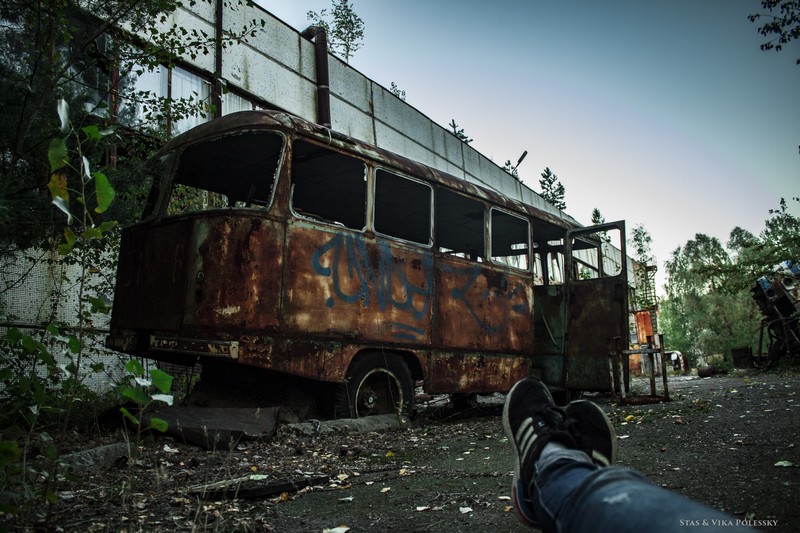 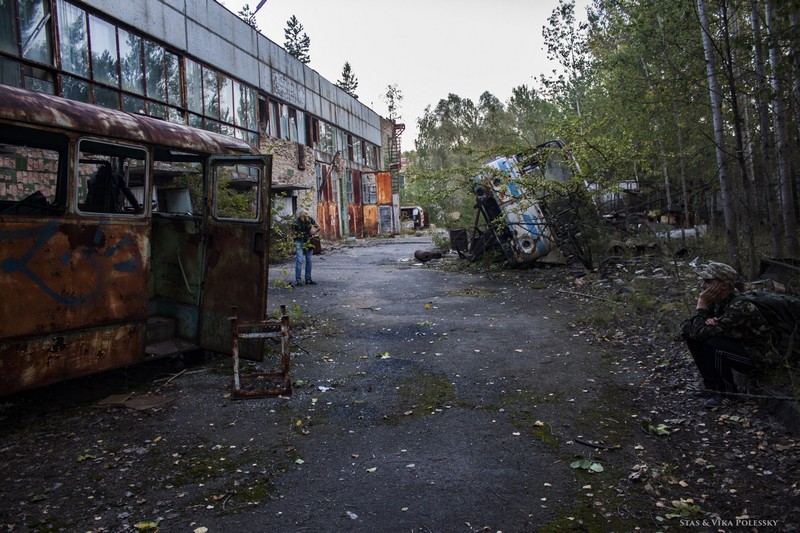 About 30 years have passed since the operation of this bus 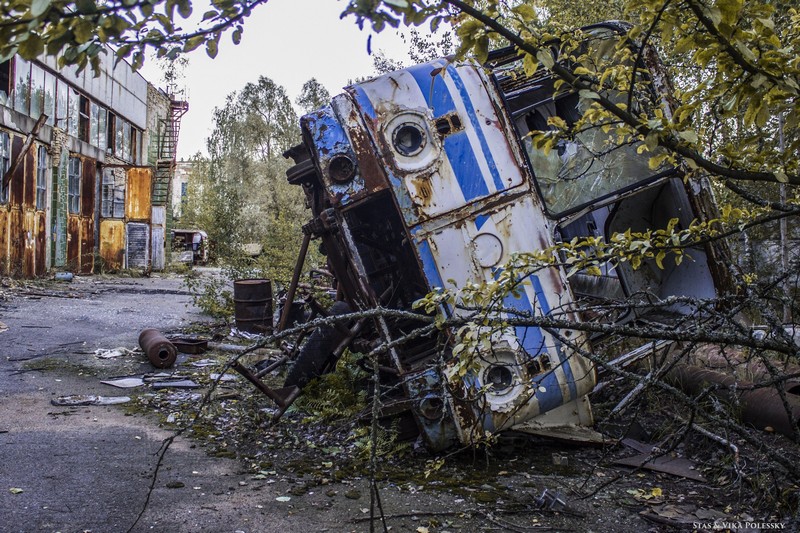 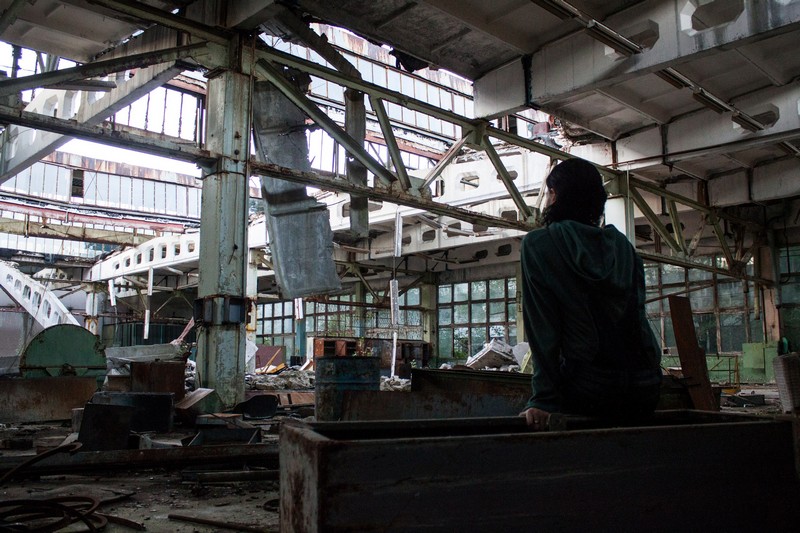 A lot of interesting things remained at the Jupiter plant 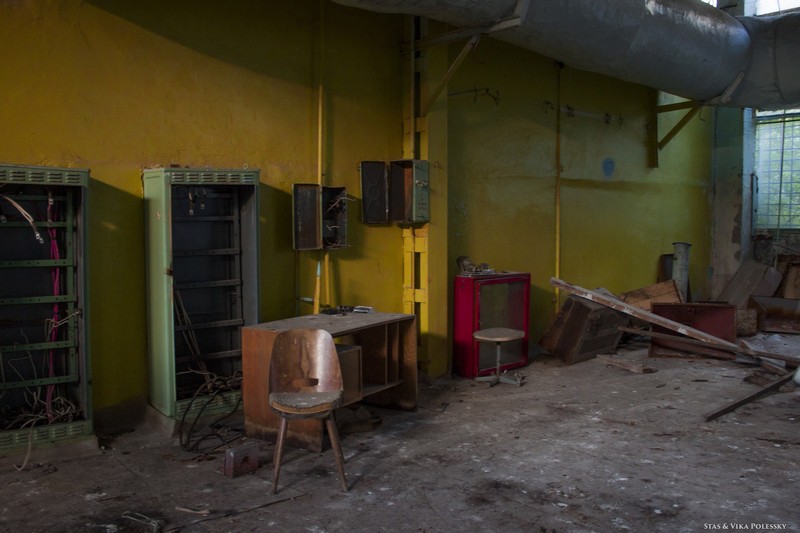 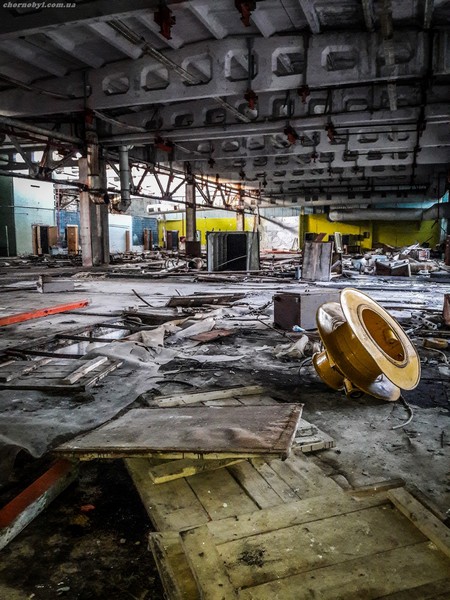 Here, secret articles were produced for the military industry in Upiter plant 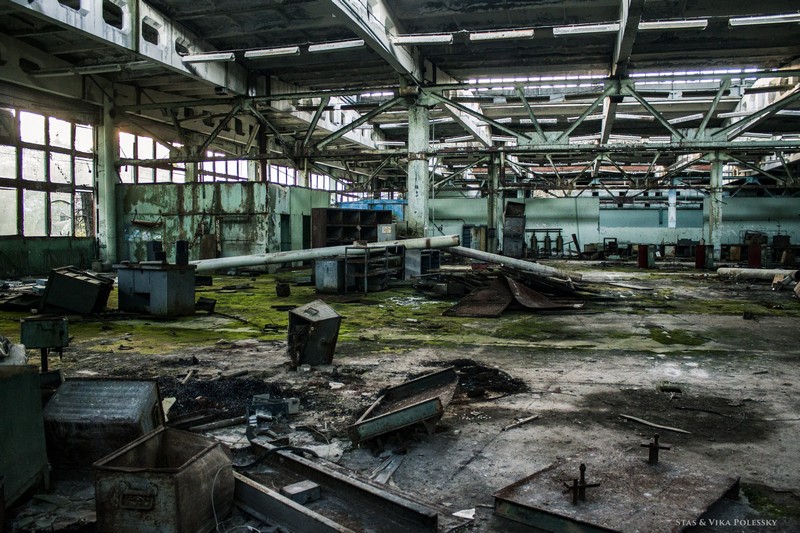 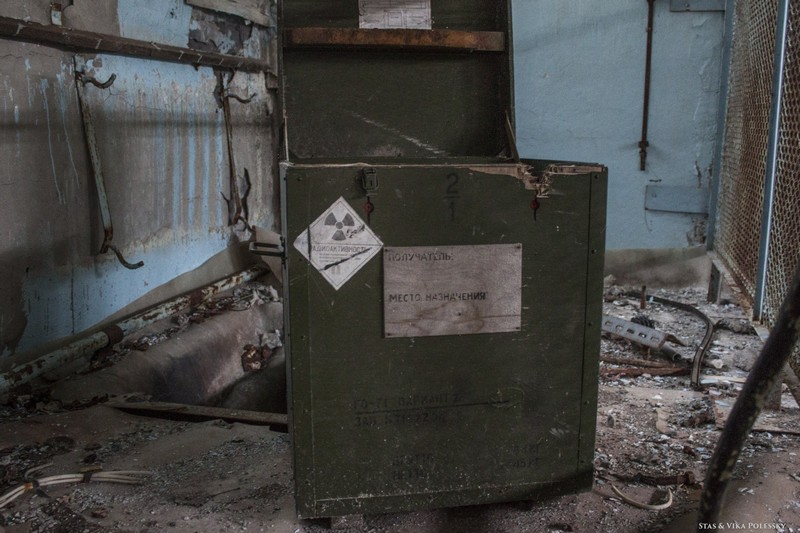 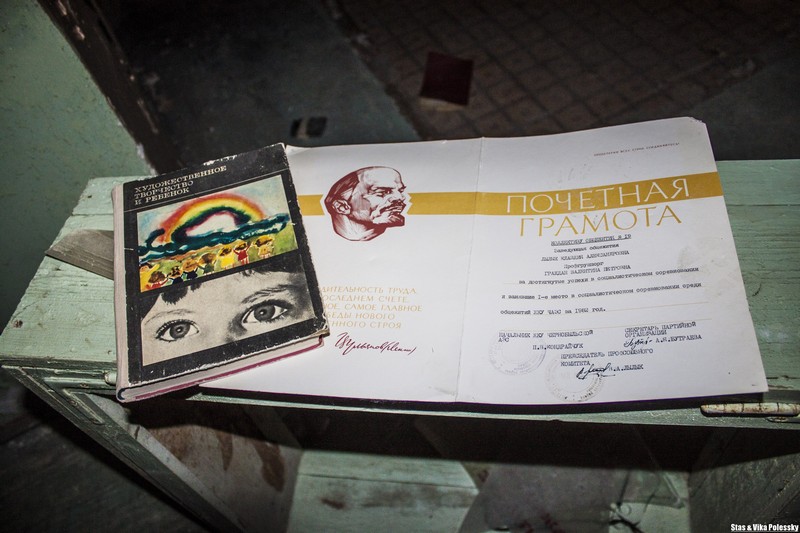 And this is the robot “Komatsu” of medium pollution, it was decided not to dispose of it in the burial ground. 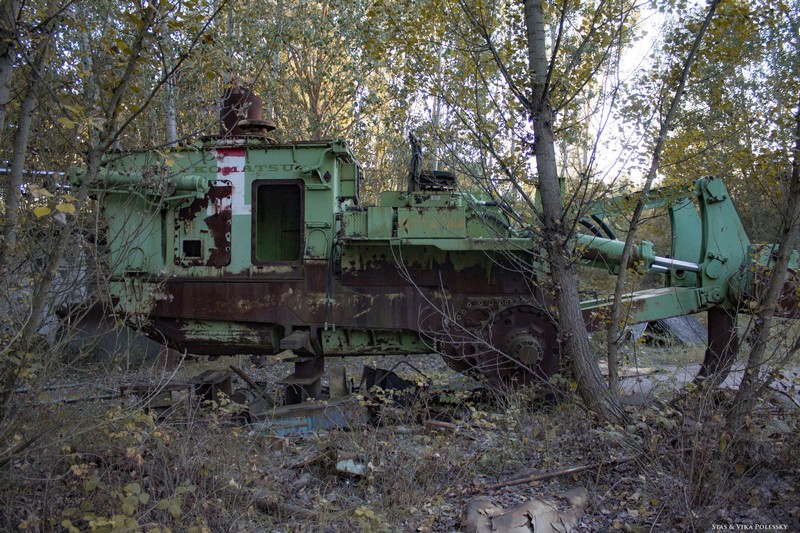 See how the secret laboratories of the Jupiter plant look:

The most interesting and mysterious place in the plant is the Jupiter cellar in which, after the Chernobyl nuclear power plant accident, radiological laboratories were used to test decontamination methods and dosimetric equipment. There is a huge amount of chemical. reagents, radioactive samples. soil, as well as the most mysterious artifact – a box with dark sand, which is very strong fonit. At the end of 2012, the basement was flooded for unknown reasons. But we were able to visit there, wearing the appropriate equipment. The laboratories functioned until 1996, after which the plant was abandoned forever. 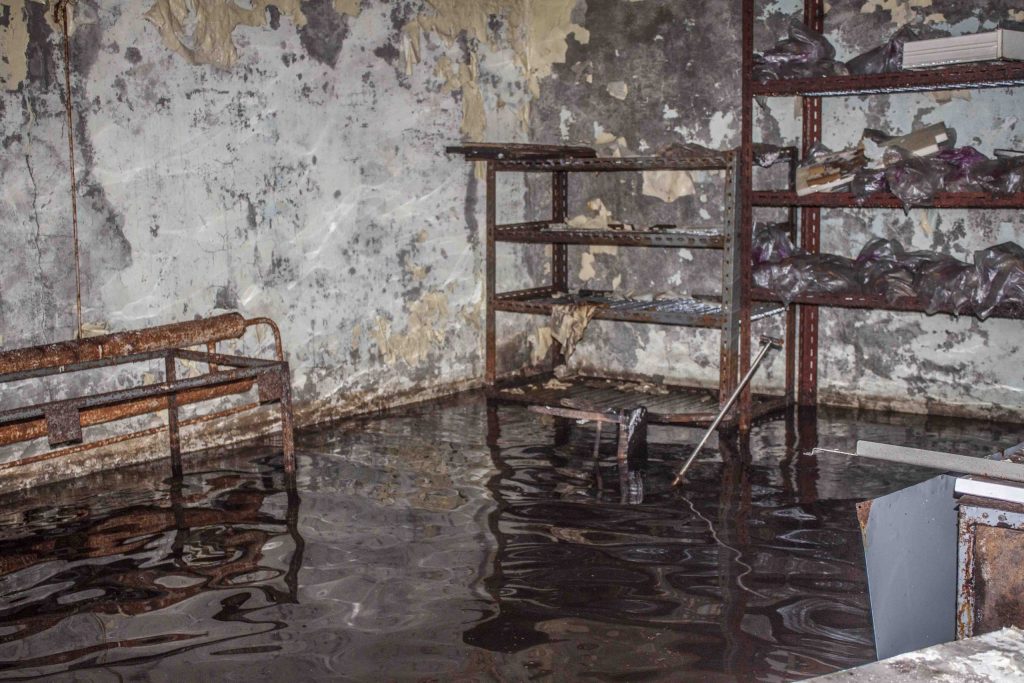