In Pripyat, a lot of kindergartens. In many we have already visited. But rarely was in the kindergarten “Kid” (“Malysh”). This is a large complex. It has 6 buildings and is very large. We have prepared many interesting photos of this place for you. 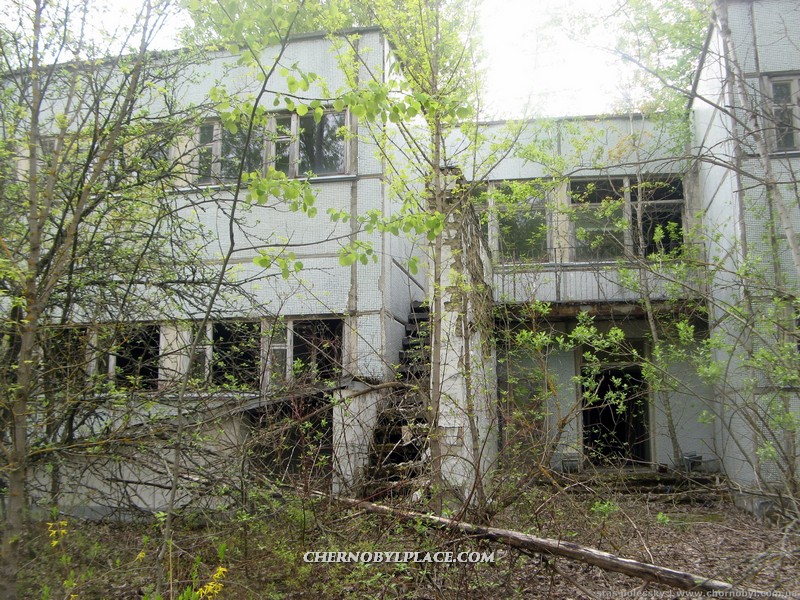 A lot of furniture remained in the kindergarten of Pripyat

In the photo you see the beds in the kindergarten. They stand in their places. The beds are Soviet, made of metal. Blankets and pillows lie on the floor. 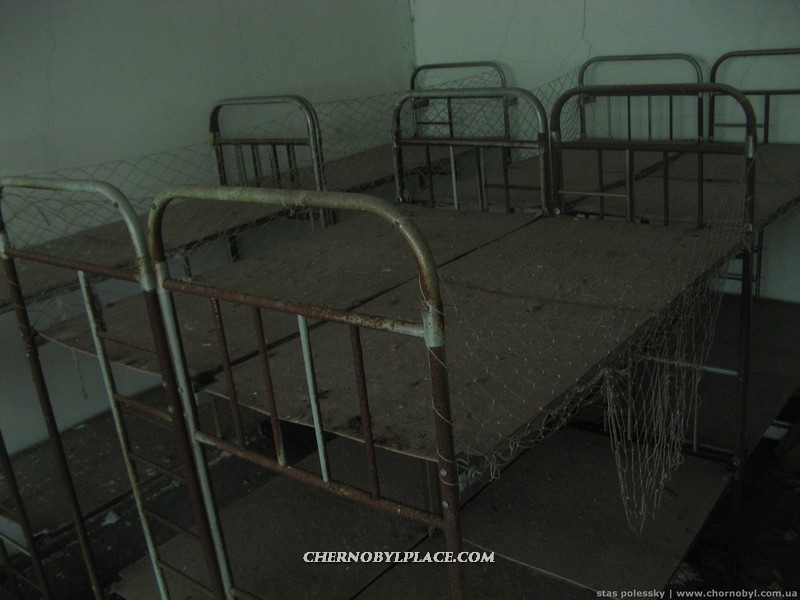 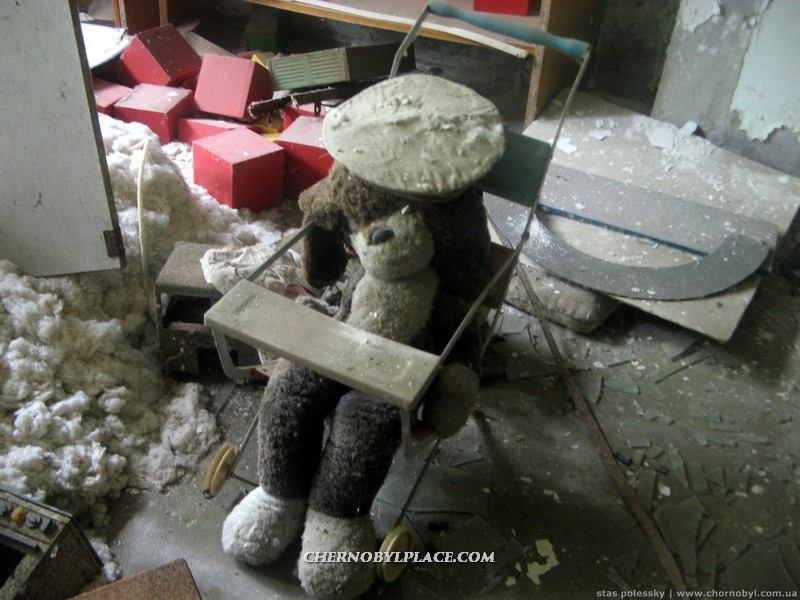 Pripyat kindergartens are a sad place

The kindergarten was in the life of almost every one of us. Preschool educational institution, the first stage of personal socialization, an integral attribute of childhood. We all went to kindergarten, played toys, got acquainted with such people. And the memories of those early years will always warm the soul. Kindergartens in the abandoned city of Pripyat are always sad places. Left toys, half-rotten cribs, rusty basins, children’s shoes … All these subjects somehow bring sadness, although their primary task is to cause just the joy. Along with the phenomenon of stopped time, for some reason, there are associations with a child’s tattered for a moment. The tragedy of the Chernobyl disaster and the forced evacuation of the inhabitants of Pripyat is most acutely felt through visiting kindergartens in the city. 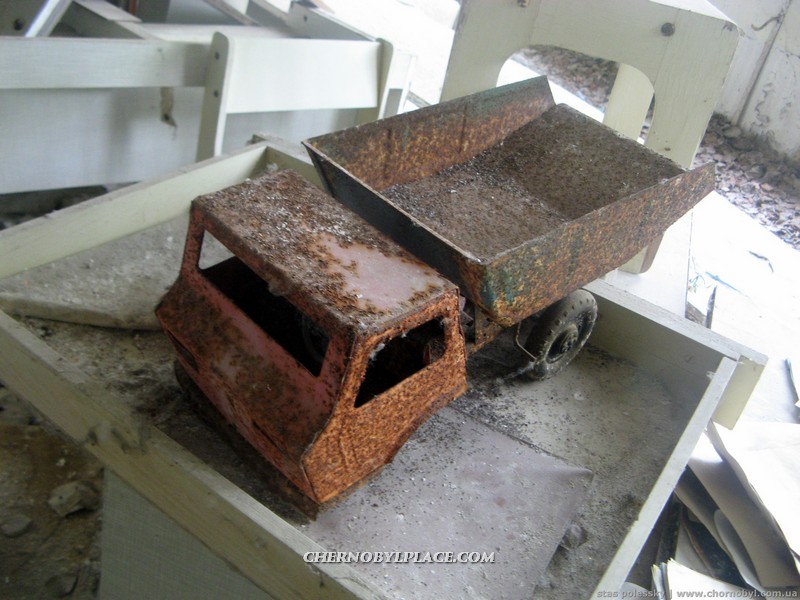 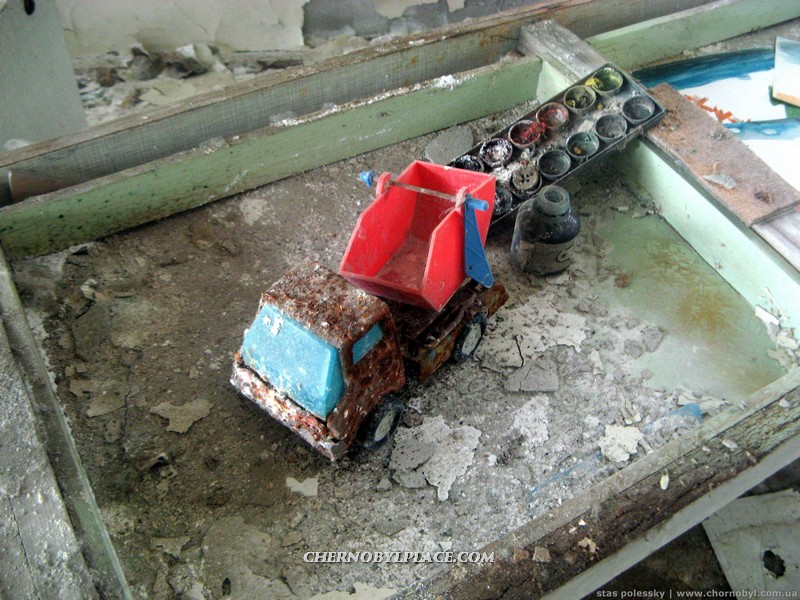 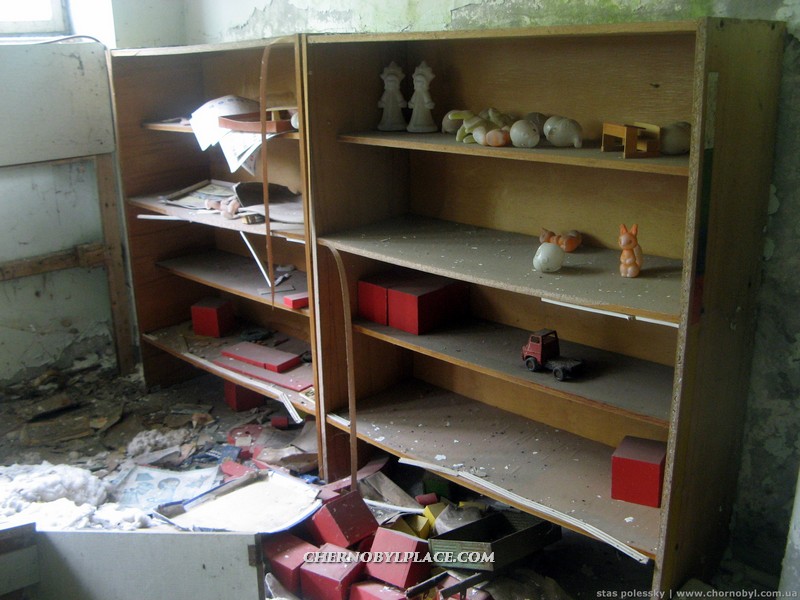 The sensation of tragedy is most sharply transmitted through photos of dolls. Many dolls are scattered throughout the garden, and it is felt that they were scattered, first of all, by photographers trying to make a sensitive and emotional photograph. 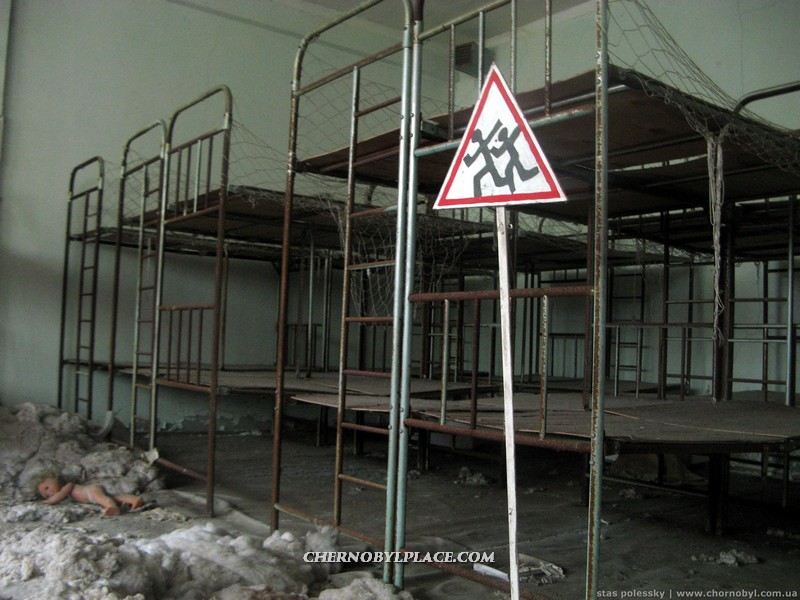 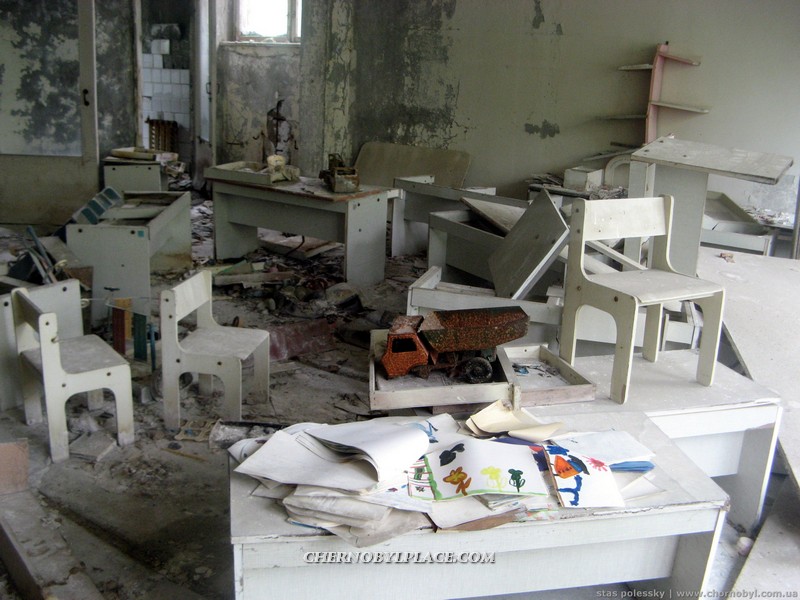 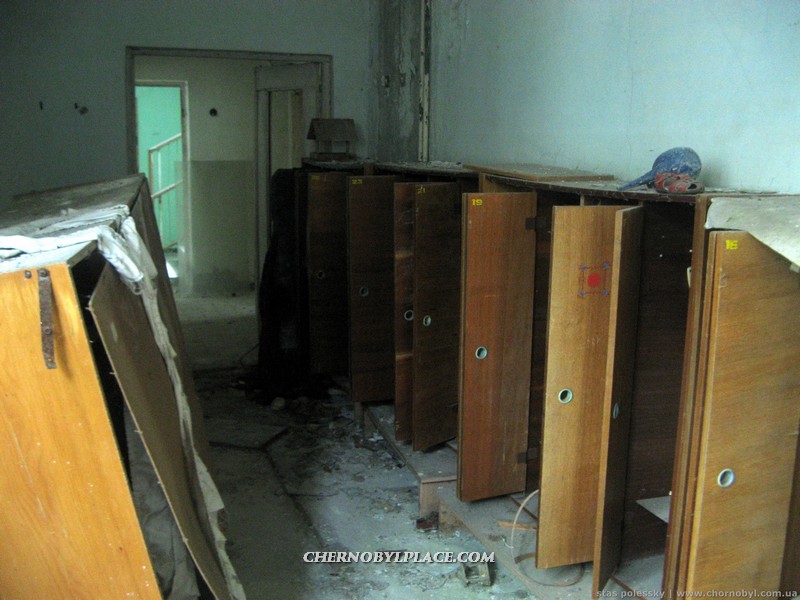 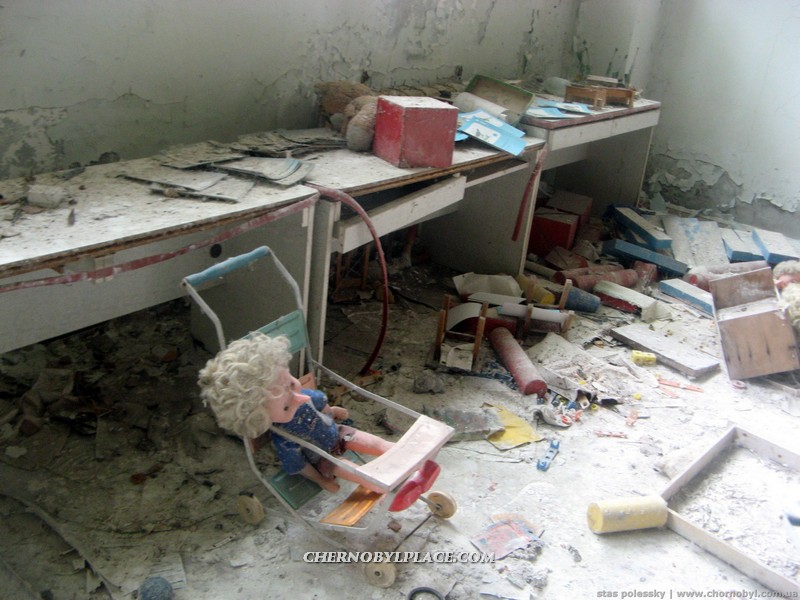 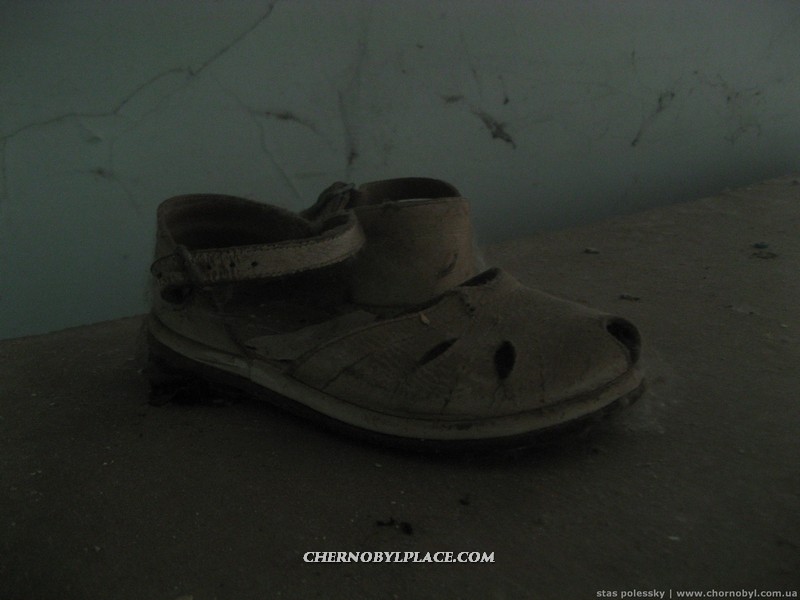 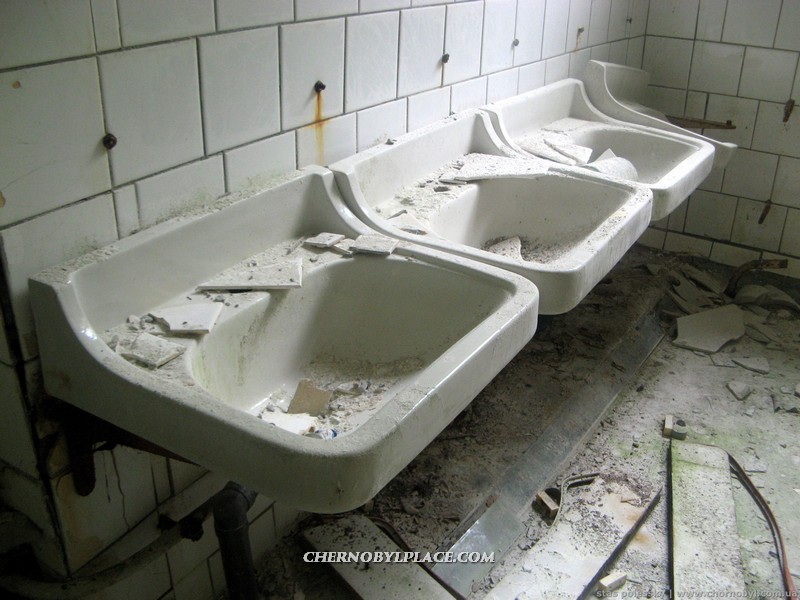 Ads for parents in kindergarten 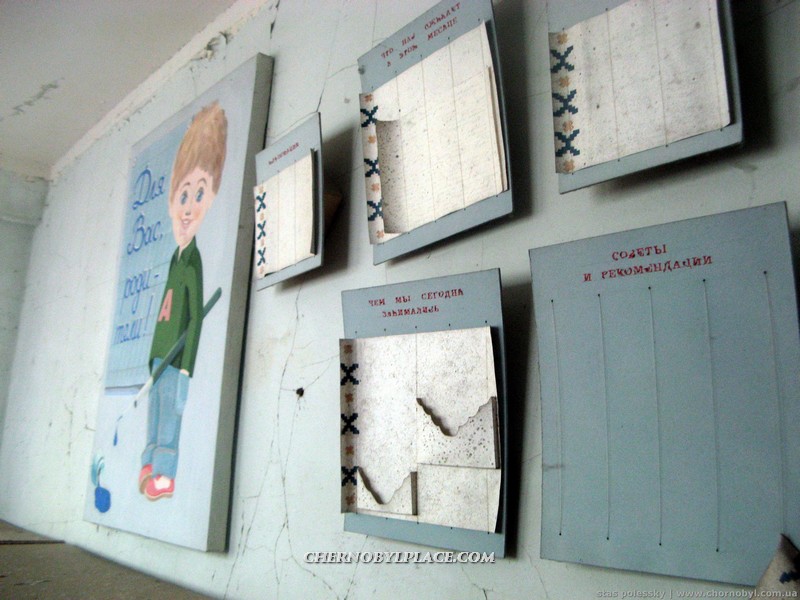 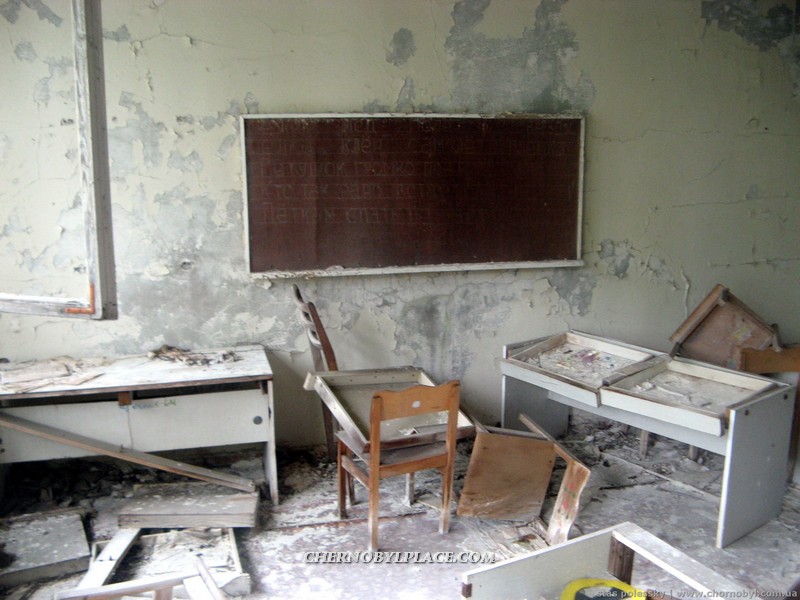