Pripyat in winter is always beautiful. Particularly beautiful is Pripyat 2018. Recently we returned from exclusion zone, where we managed to make beautiful pictures of ghost town. Snow-covered and empty streets, ice castles, fairy-tale snowfall in city without people .. 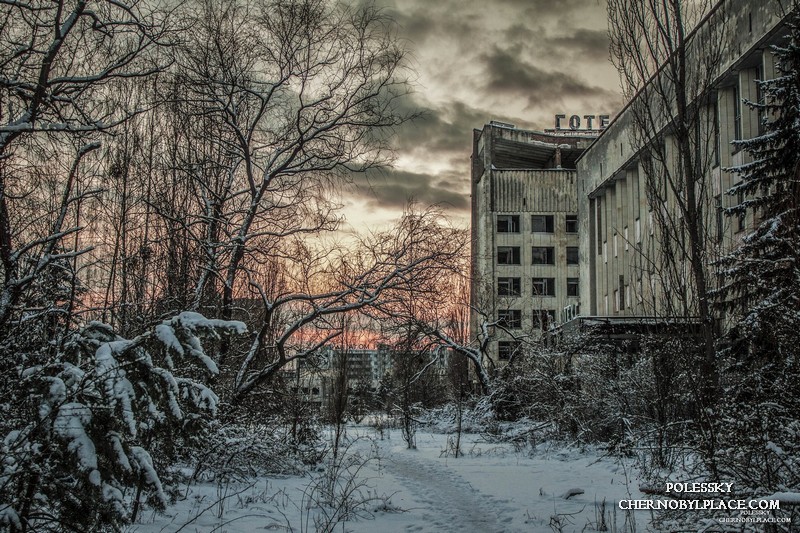 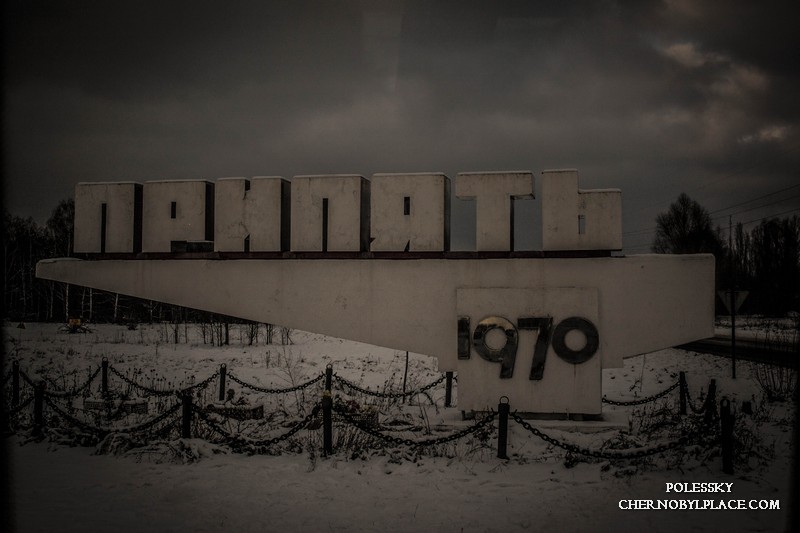 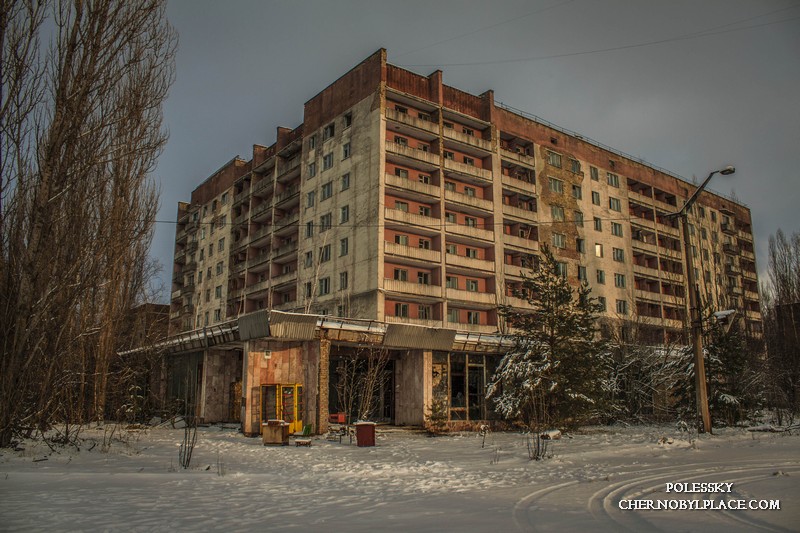 Snowfall in Pripyat in 2018

Very exciting spectacle. Sun and snow. And before us rises one of most elite houses in Pripyat, in which before the Chernobyl nuclear power plant there lived iconic people: engineers, party workers, heroes of labor. The symbol Soviet Union unshakably continues its life on the roof of house. 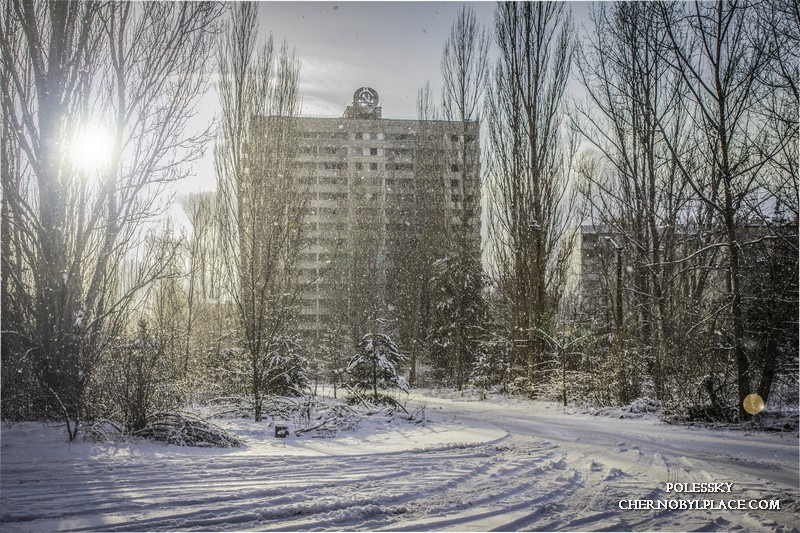 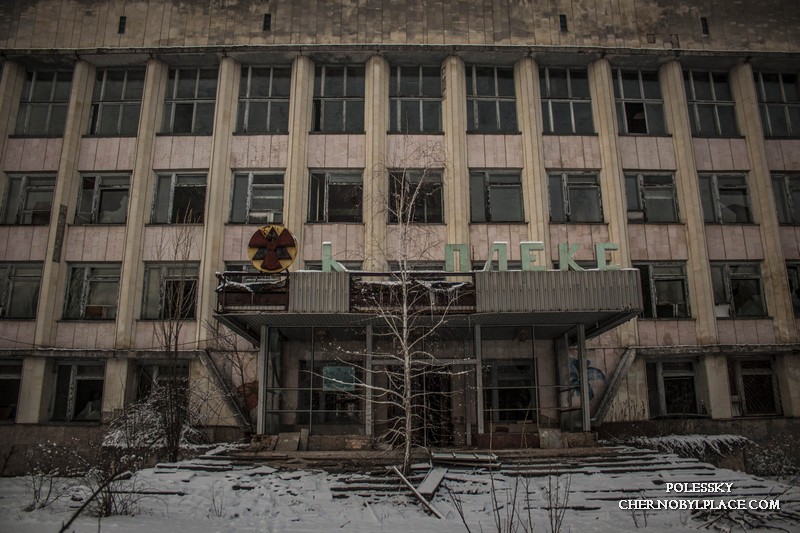 After the accident at Chernobyl nuclear power plant, upper areas of Polesie Hotel were used as a place for a spotter, who directed the actions of helicopters in the event of the accident at station. Before accident, they planned to make a cafe, but plans were not destined to come true .. 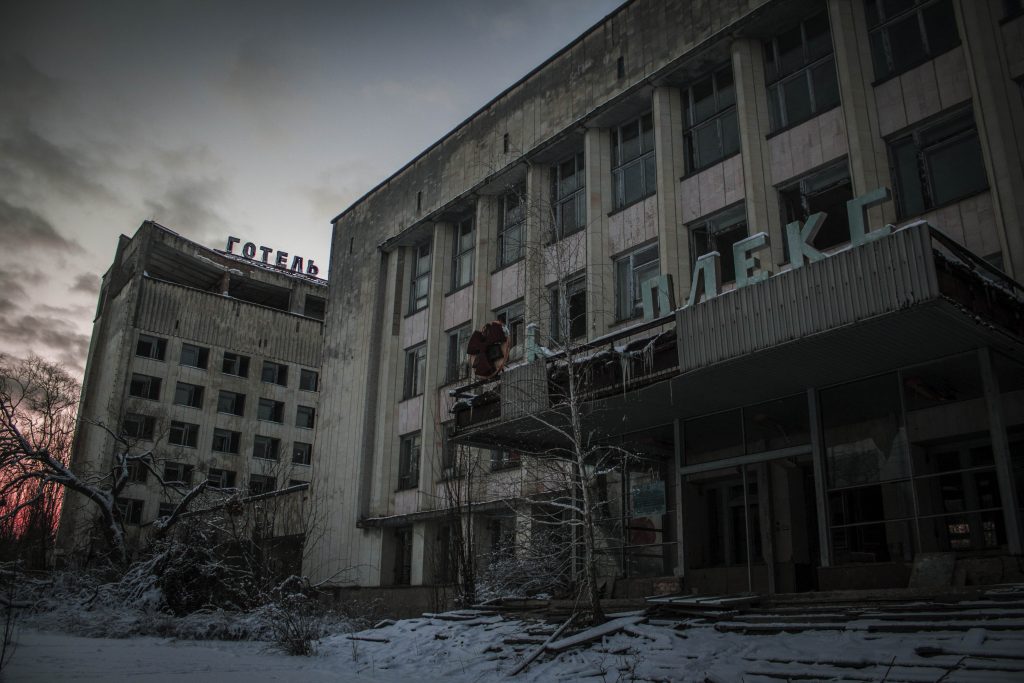 Mysterious “Shadows of Chernobyl” on the wall of hotel Polissya in Pripyat 2018:

“Shadows of Chernobyl” in Pripyat were painted in about 2000. The idea of drawings implied the catastrophe of “Hiroshima-Nagasaki” and tragedy in Chernobyl, nuclear danger in world. 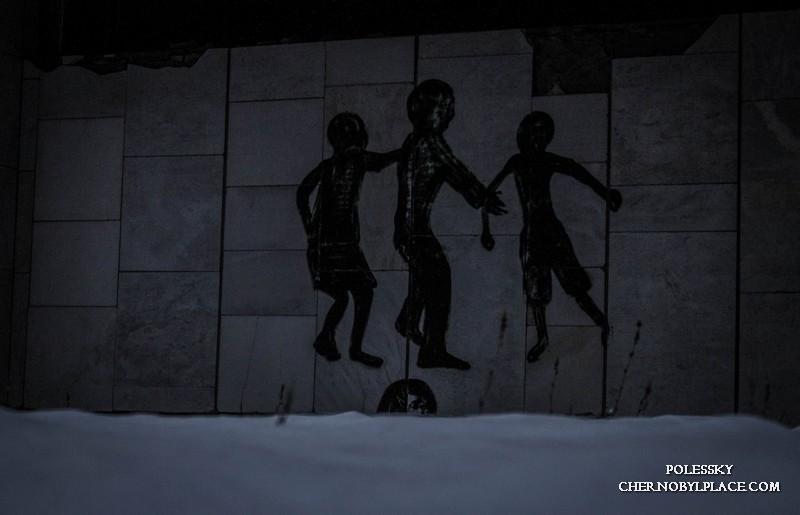 “Energetik” is one of the most popular facilities in town. It is located in center of city. Before accident, there were various events: concerts, a disco “Edison”, theatrical productions. 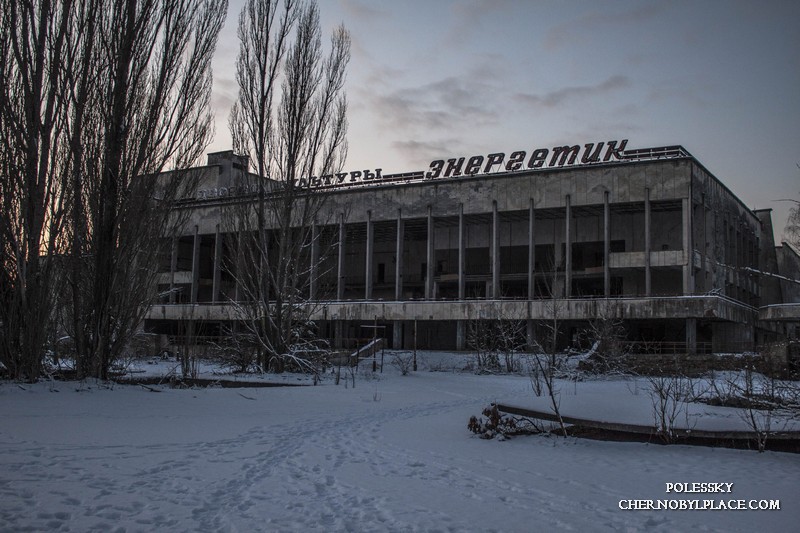 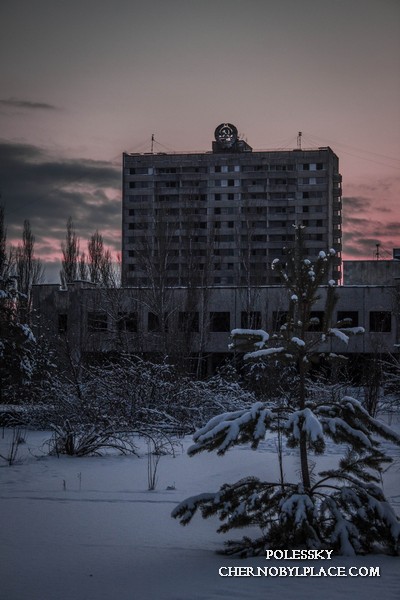 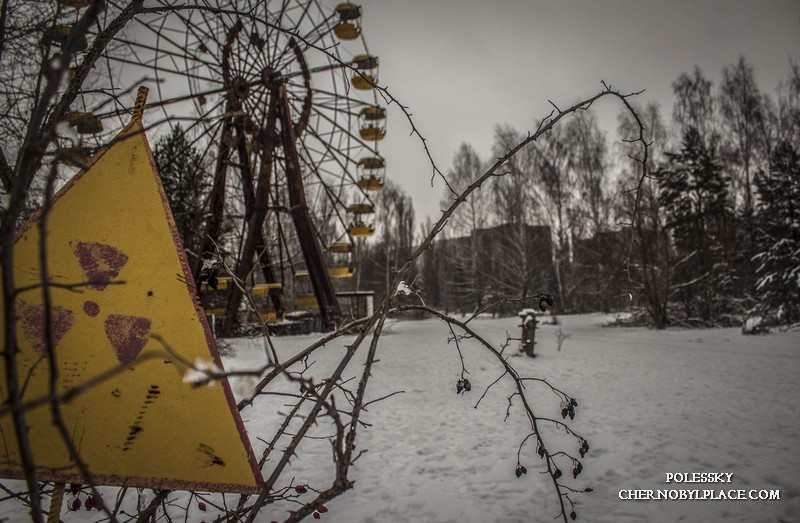