Pripyat in the year of 1987. Unique shooting inside the kindergarten “Golden Key”

Pripyat 1987 was already defined as a city in which no one will return. It was this year that all things were taken from Pripyat residents’ apartments. But just as in the Pripyat, marauding flourished. In the houses there were rare paintings and expensive icons, jewelry, money, equipment. According to the documents, this became a “radioactive” debris. They were waiting for a sad fate at the cemeteries of the Chernobyl zone. 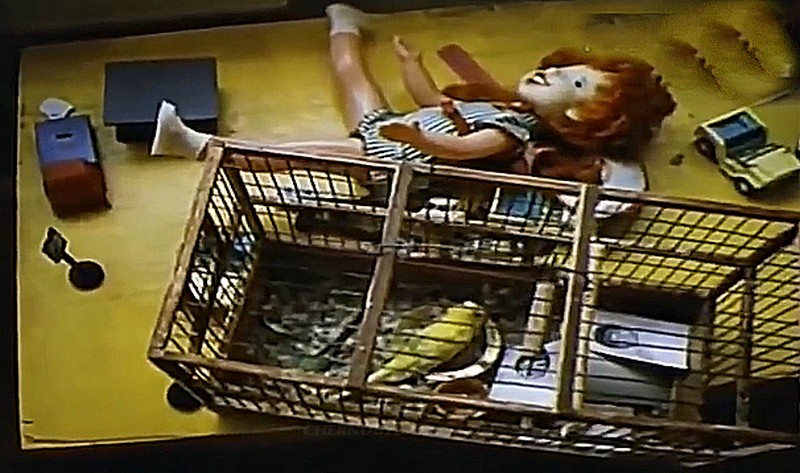 Pripyat 1987 in the building “Golden Key”

Unique photos of the dead city of Pripyat in 1987, which were made inside the kindergarten “Golden Key”. Scary photos. Abandoned toys, children’s photographs, reminiscent of their pupils. Particularly struck dead parrot, forgotten in the cage. garden. 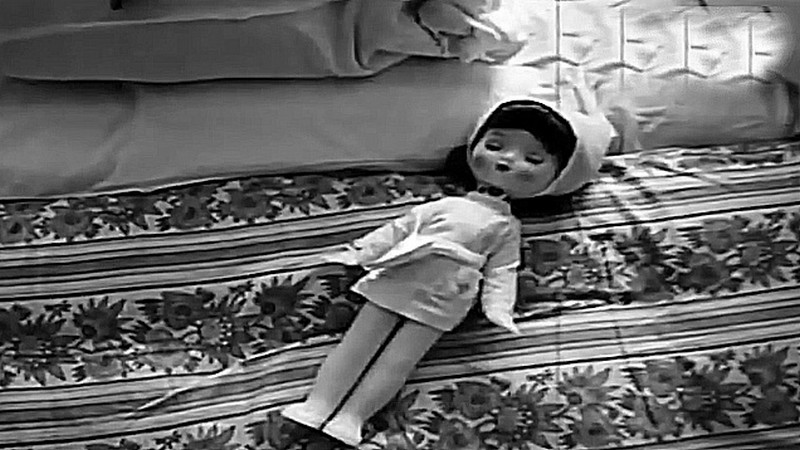 Dead animal in the building

When reporting in 1987 in Pripyat, a cat was found that died. The reasons are unknown. Animals abandoned in the city were killed or shot. 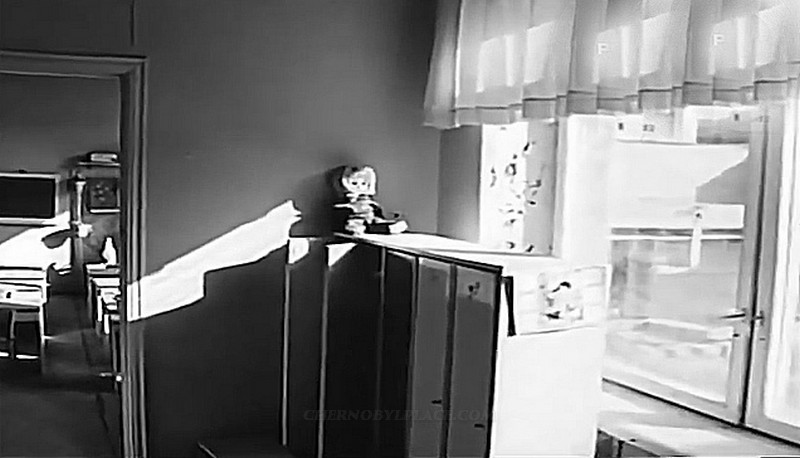 Children’s beds in the kindergarten of the dead city:

And this is what this kindergarten looks like in 2017: 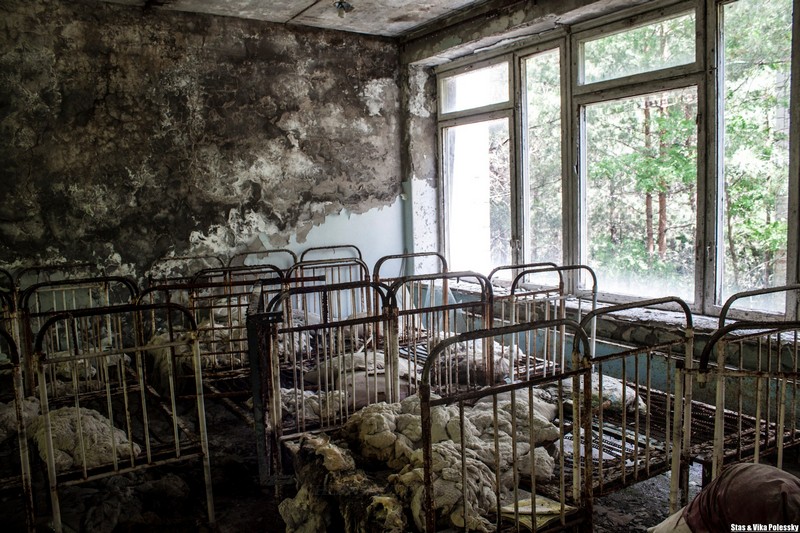 Before the Chernobyl accident, the residents of Pripyat were preparing to meet the May holidays. Pripyat did not celebrate this holiday. The explosion at the station occurred on April 26, and on April 27 people were evacuated from the Chernobyl zone. Radiation in Pripyat was too great. 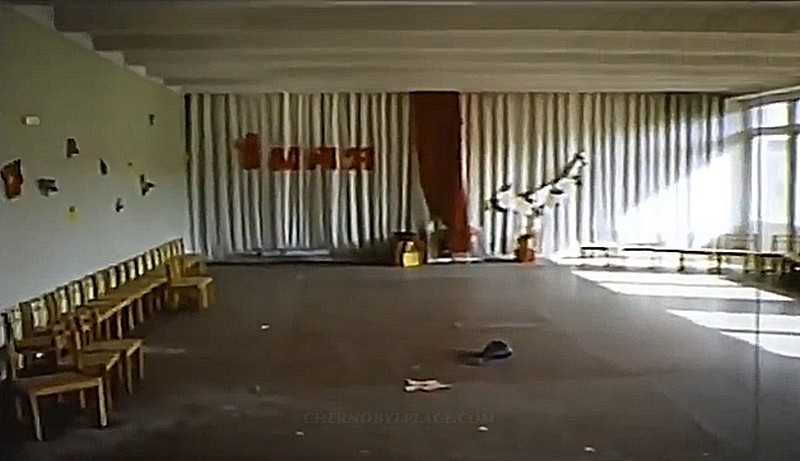 Photos of children of the Pripyat kindergarten “Golden Key” 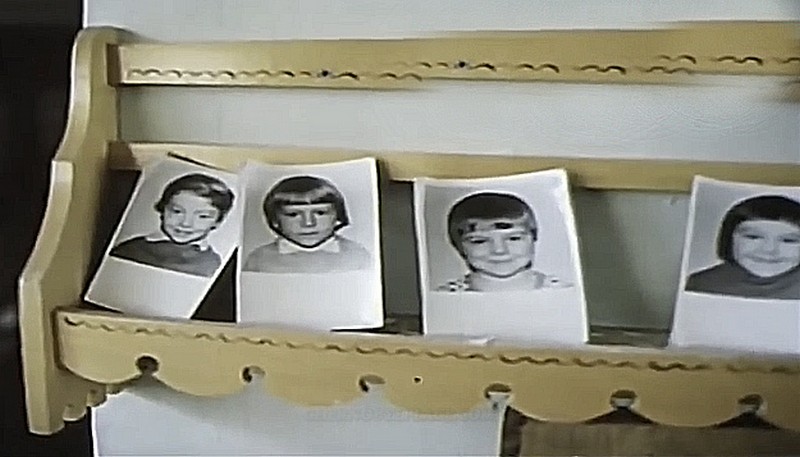 What the Chernobyl nuclear power station looks like today: