Bright and sunny days of early childhood, when you are a little run with your mother in a kindergarten. There you are waiting for the best friends Pashka and Mishka, whom you promised to show a new designer, brought by his father from Poland. How good he is! None of your group has one. And all because your folder is the best engineer at the Chernobyl station. And yesterday they even promoted him! This means that soon the folder will buy a brand new “Lada”. There will be something to go to Grandma in the village of Kopachi, eat the most delicious apples in Polissya ..

In the April morning of 1986, all the children went to kindergartens and schools. The sun was already very hot. But rushing through the city “fast” embarrassed the adult population. At lunchtime, alarming news was transmitted over the radio. There was an accident at the nuclear power plant. People are evacuated from Pripyat.

We were allowed to take only the most necessary things: money, documents, a small supply of food. The constructor brought by the Pope from Poland remained in the kindergarten ..

Soon the city of Pripyat was filled with liquidators and police. Streets and houses washed, the ground was removed, things were buried. Miraculously left on the site of toys in kindergartens.

But not for long. A couple of years later, looters came to the city. They stole everything that had the smallest price. Cut the metal, not sparing anything ..

Kindergarten also suffered from their hands. The batteries were cut off, they caused a mess. Little bears, cars, pupae remained rot on the damp floor.

But one day good people came to the city of Pripyat. They went into this very kindergarten, and put in order in it, “enlivening” the childhood room that suffered from the hands of marauders.

Take care of the city! 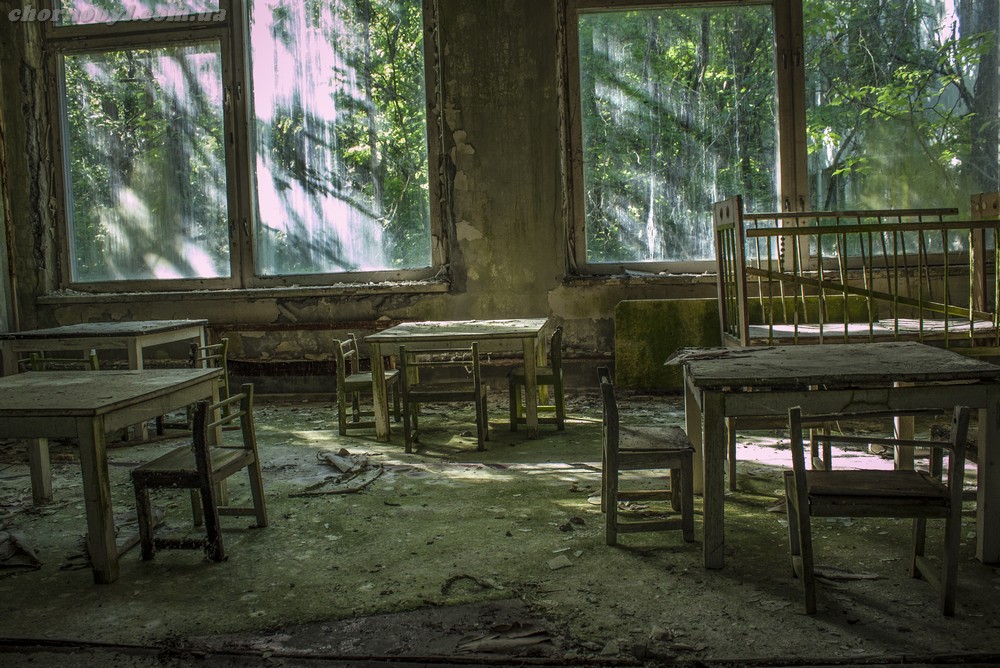