Kindergarten of Pripyat – a terrible place

An abandoned kindergarten in a dead radioactive city is perhaps one of the most sad places. In kindergarten of Pripyat very many abandoned dolls, balls, tiny sandals.

The beds and the rest of the furniture are in terrible condition. After the accident at the Chernobyl NPP, not only the liquidators, but also marauders, were working here.

In the kindergartens of Pripyat, many abandoned toys

Abandoned toys – it’s always sad. And to see this in a dead city is doubly.
Why is it that kindergartens in Pripyat are the most emotional place to visit. Pupae, cars, tiny slippers .. Everything is scattered and does not need your little masters. This is now called “dirty” waste.

Toys in the kindergarten of Pripyat

Children of Pripyat paid for mistakes of parents

Broken windows, wet, damp walls. The wind that shakes the tattered curtains …
Children fell victim to the fatal mistakes of adults. Many young children from Pripyat then became very ill.

Prisoners of kindergarten were visited by marauders

On the walls there are traces of the wire, which they tore and burned right in the gardens. Also there are no batteries.

But many children’s toys are reminiscent of the past .. 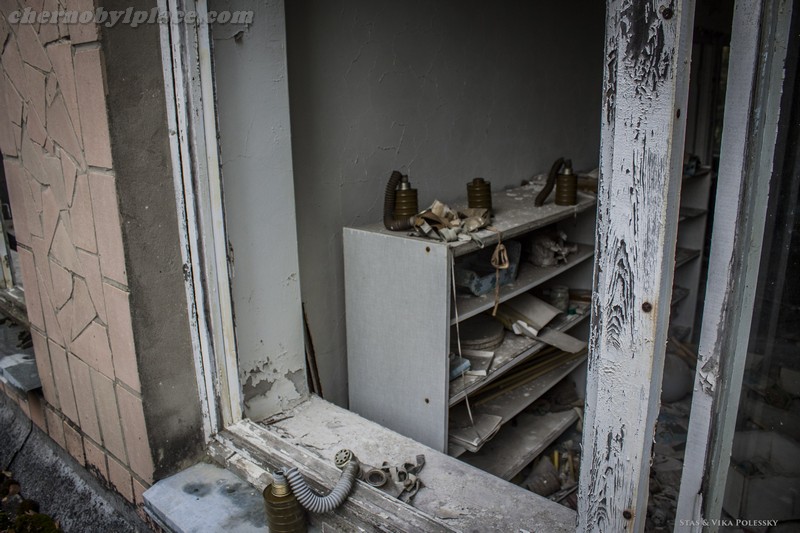 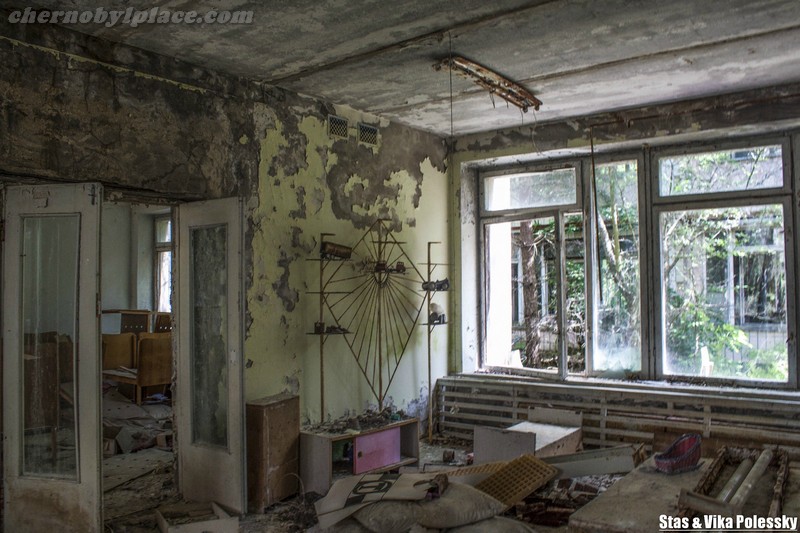 In one moment all the children’s dreams were destroyed. Beautiful days, when the kids in bows and shorts were led by mothers to the kindergarten. Sweet Soviet ice cream, a small kitten, who was fed up with half-eaten semolina porridge …
They cheerfully passed along those Pripyat streets, which are now overgrown with weeds. Nobody cares for them now – the city is dead.  And dead Kindergarten of Pripyat.. 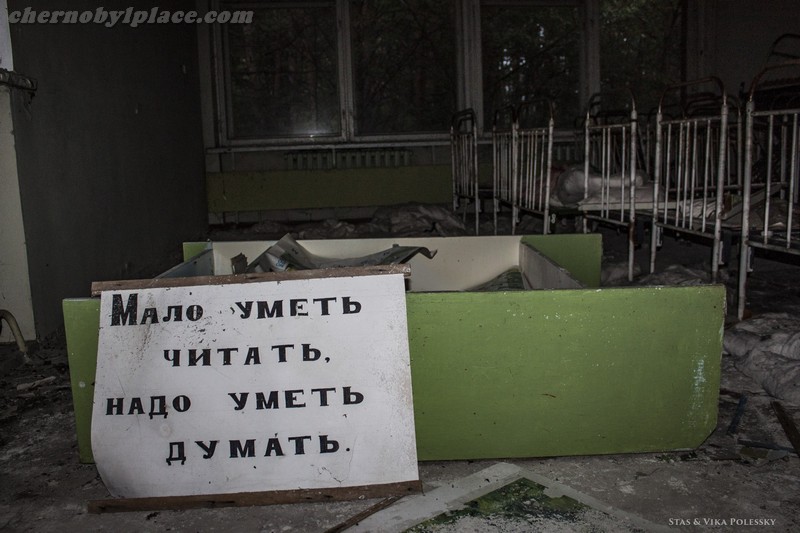 Pripyat, we remember you!

Kindergarten of Pripyat ..Still kind of fit for life … Only damp walls and things despondingly continue to await people. Little dolls, cars, soft tiny slippers …
Here, only the wind wanders and water drips from the roofs, gradually destroying the sick city. And he is still, with great hope, trying to get stronger and recover ..
But this will never happen ..
Dear Pripyat, we will always remember you! 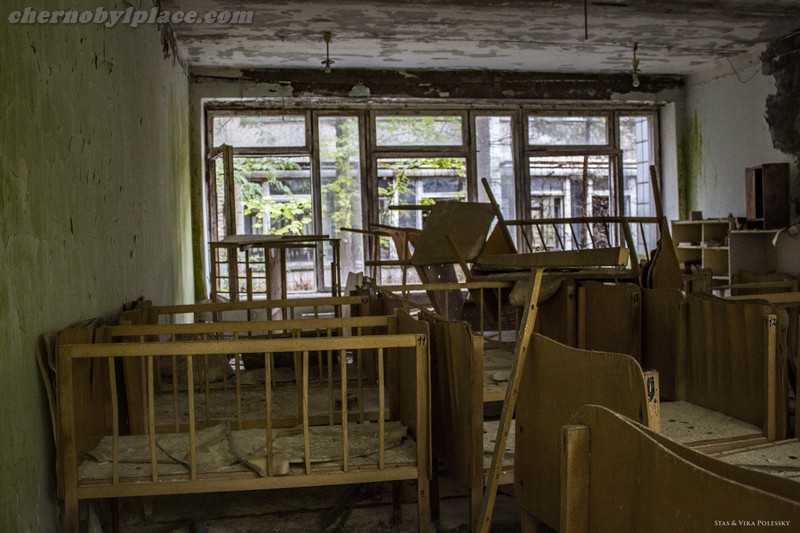 Look at the city of Pripyat