The Chernobyl exclusion zone is the territory with its own laws and regulations. As a separate republic on the territory of Ukraine, covered with barbed wire. A lot of wild animals sheltered the dense forests of the woodland. There are many rivers, lakes, canals and marshes here. The cities and villages of this land were forever left in 1986 when their inhabitants were forcibly resettled to other parts of Ukraine. In abandoned houses to this day you can find things of that era, toys, posters, postcards, magazines and notebooks. In some places you can find parts of military equipment. This is a real museum of the Soviet era

The zone of alienation is abundantly contaminated with radionuclides and dangerous elements of the periodic table, the half-life of some of them has already occurred, and some will be dangerous for more than a thousand years.

The Chernobyl exclusion zone is the area affected by the Chernobyl disaster, over 2600 square kilometers in size, numbering several dozen settlements, and several burial grounds. 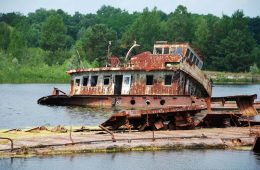 Cemetery of ships in Chernobyl

polessky07.02.2018
Where are the abandoned ships of Chernobyl? The cemetery of ships, ships and barges on the Pripyat River that were used during the liquidation of the consequen...
Chernobyl exclusion zoneChernobyl today 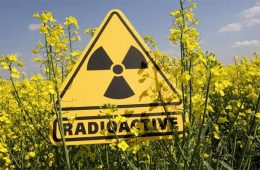 Wild Fox31.01.2018
What is radiation? In recent years, we are increasingly hearing about the radioactive threat to all of humanity. Unfortunately, this is indeed the case, and, a...
Chernobyl exclusion zone

River Uzh in Chernobyl, is it radioactive? 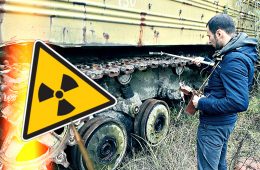 Dangerous and abandoned cars in Chernobyl 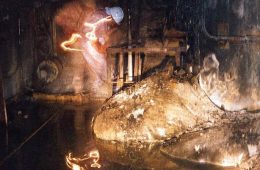 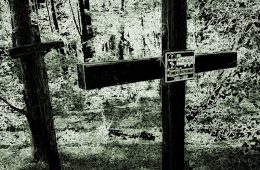 Abandoned cemeteries in the Chernobyl zone. Ghosts of the past .. 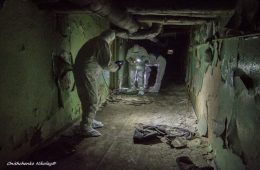 The most radioactive abandoned places in Chernobyl

Wild Fox20.12.2017
The most radioactive abandoned places in Chernobyl are very dangerous objects Attending them is not recommended. But we will show you these places and tell you...
Chernobyl exclusion zoneChernobyl todayPictures