Rassokha in Chernobyl is not only a cemetery of technology, but a village

Everybody heard about the cemetery of radioactive technology in the Chernobyl zone: “Rassokha.” But few people saw what the village looks like, which gave the settler such a name.

Rassokha is a former Ukrainian village in the Ivankov district of the Kiev region. It is located in the exclusion zone of the Chernobyl nuclear power plant. 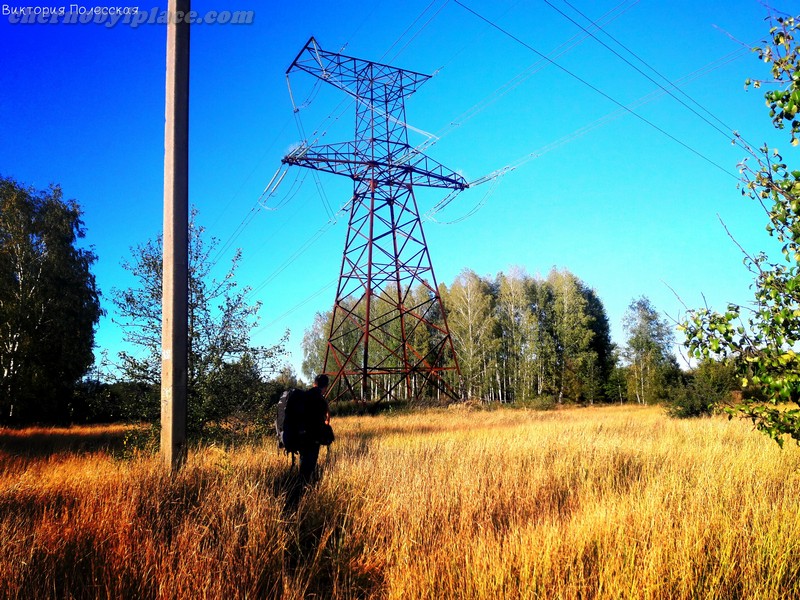 Before the accident at the Chernobyl nuclear power plant, the village belonged to the Chernobyl district of the Kiev region and totaled 188 households with a population of 416 inhabitants. 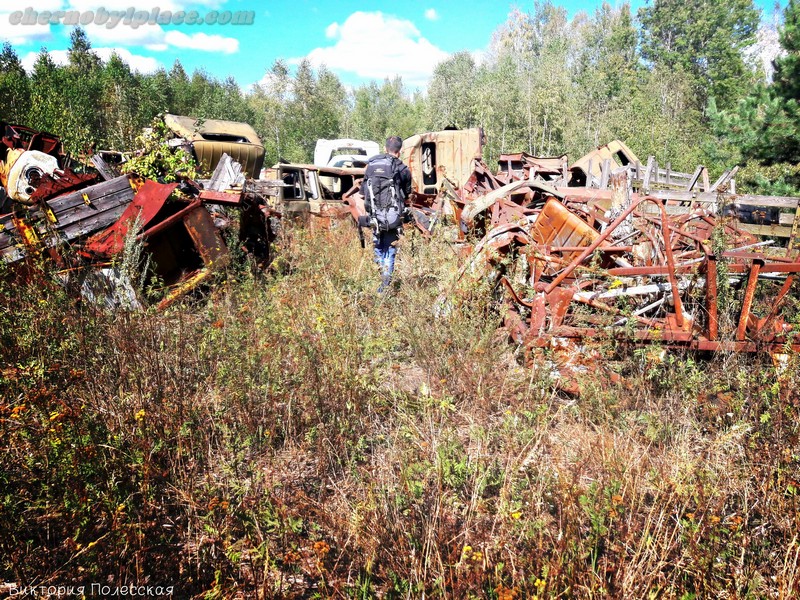 What happened to the village of Rassokha after the accident

After the accident, on May 7, 1986, the population was evacuated to the village of Kolonshchina in the Makarov district of the Kiev region. Near the village there was a point of sanitary processing of radioactive equipment, which took part in the work to eliminate the consequences of the accident at the Chernobyl nuclear power plant. The technique, subject to heavy radioactive contamination, to be buried, was stored on the southern outskirts of the village. Some of the cars were buried, the rest remained in the open air. 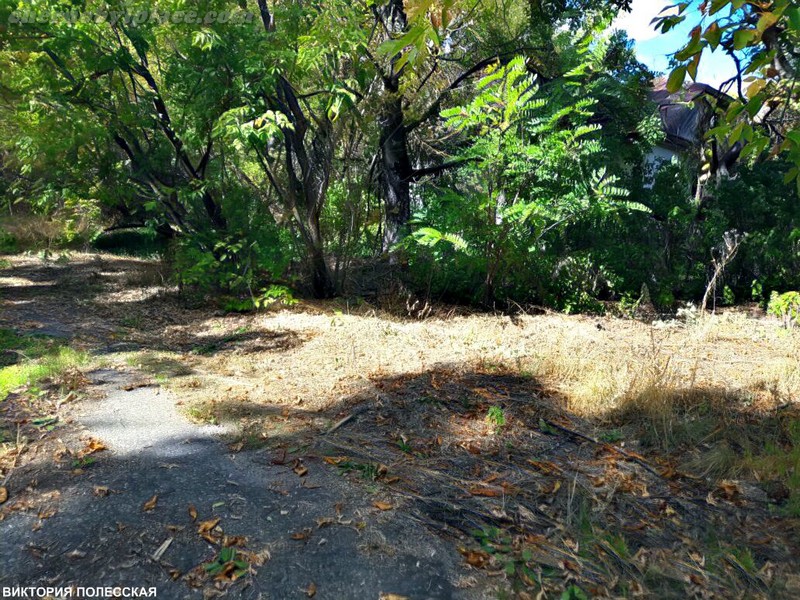 What was the sump of technology in the Chernobyl “Rassokha”

Among the equipment stored in Rassokhe there were 10 Mi-8 and Mi-6 helicopters, engineering defensive machines, armored recovery vehicles, floating tracked vehicles, wheeled armored vehicles, chemical reconnaissance vehicles, cars and other equipment. According to some estimates, the total cost of machines stored in Rassokha in 1986 prices was about 46 million US dollars. The area of ​​the burial ground in Rassokha is about 20 hectares 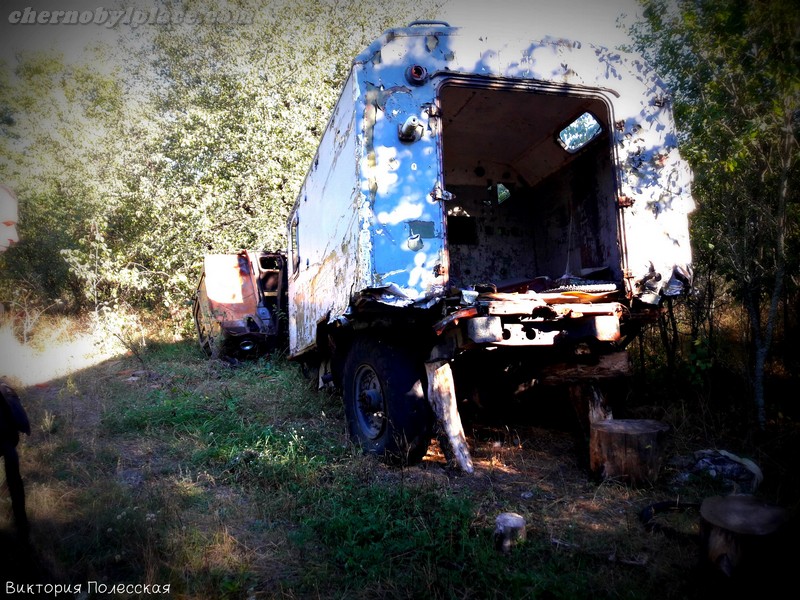 As of 2013, work was in progress on the utilization of machinery.

For the computer game S.T.A.L.K.E.R. served as a prototype location “Dump”. 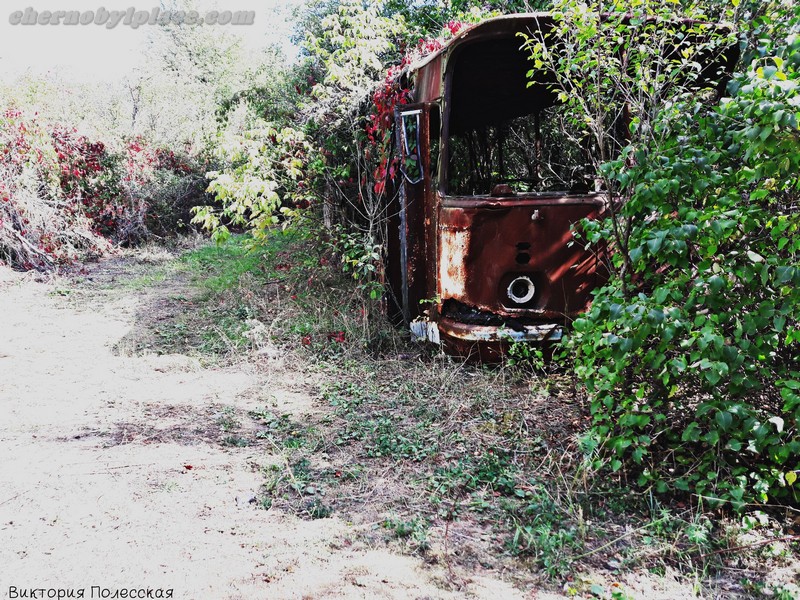 The houses in the village are in very poor condition

All houses Rassokha suffered greatly. Almost everyone does not already have windows and doors. All the verandas are broken. 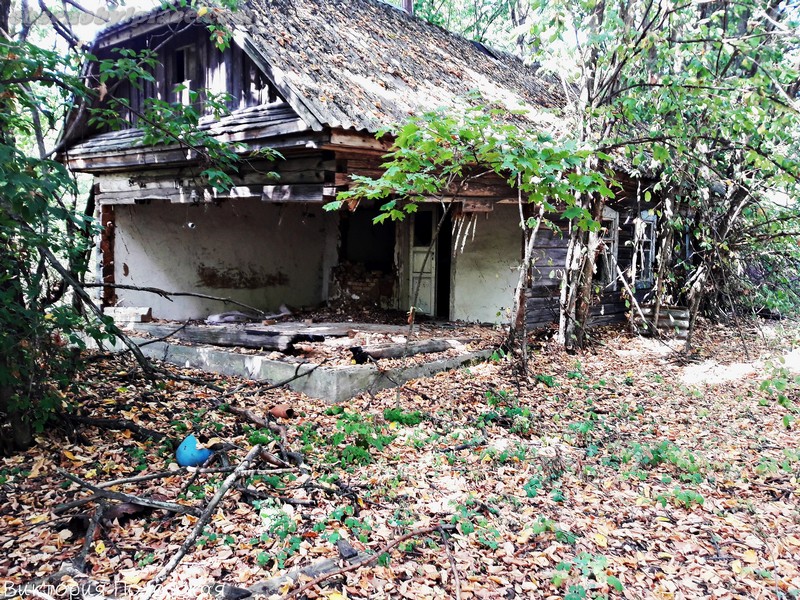 Houses in the village 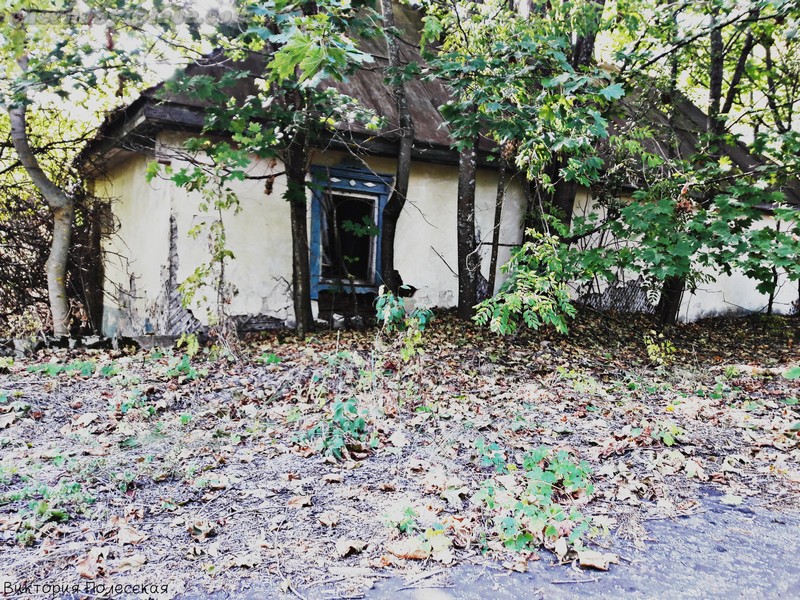 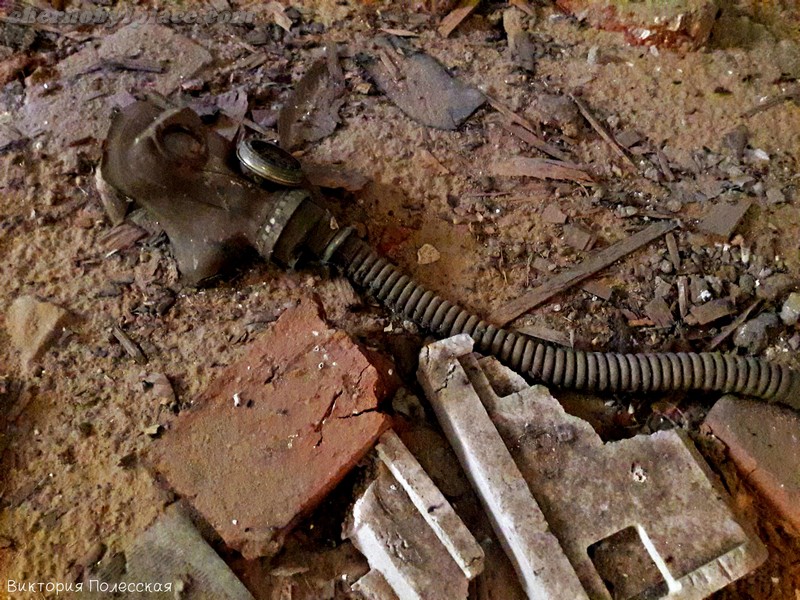 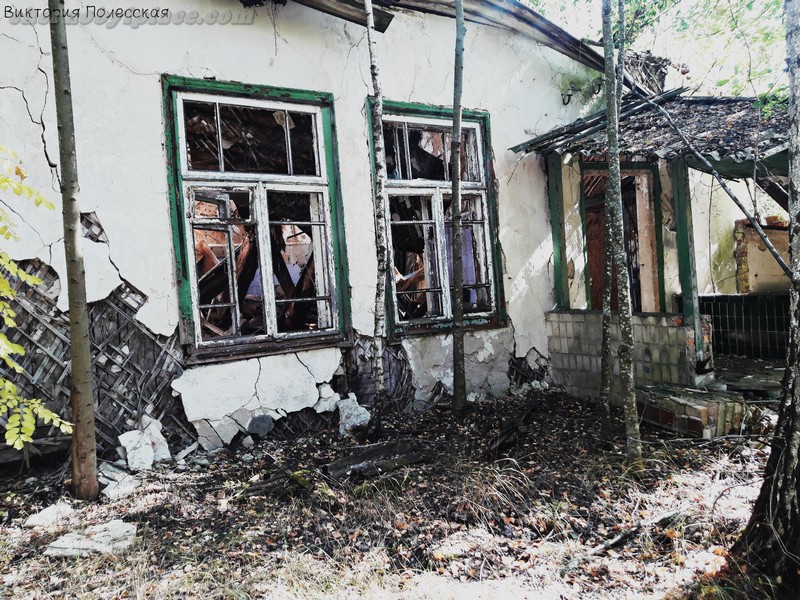 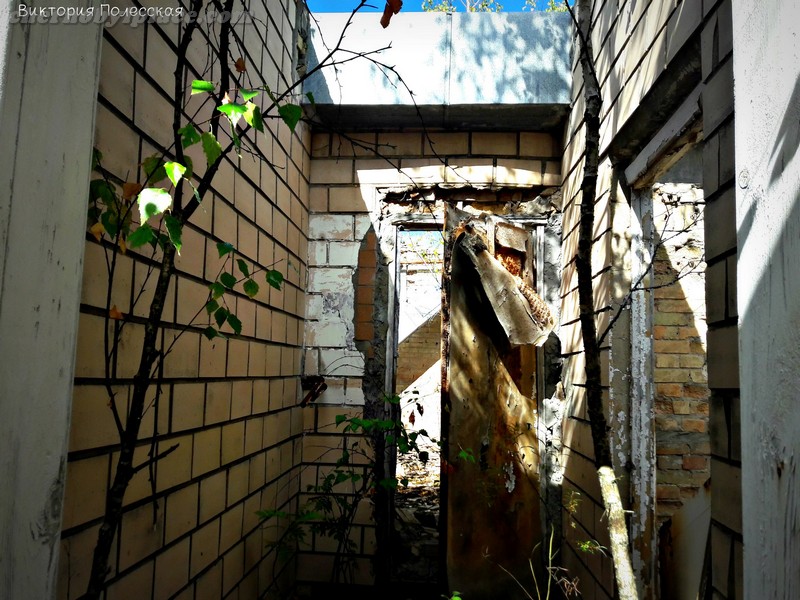 I managed to find the remains of a grocery store. But from it there were only walls, a pair of letters on the facade and several old refrigerating chambers. 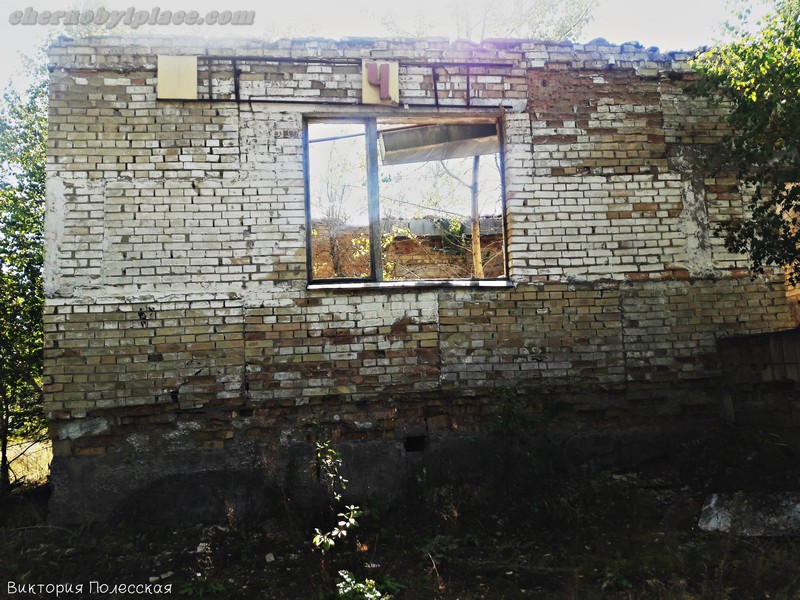 The whole was surprisingly a monument to a Soviet soldier. The only attraction in Rassokh. It can be seen that people are still courting him. 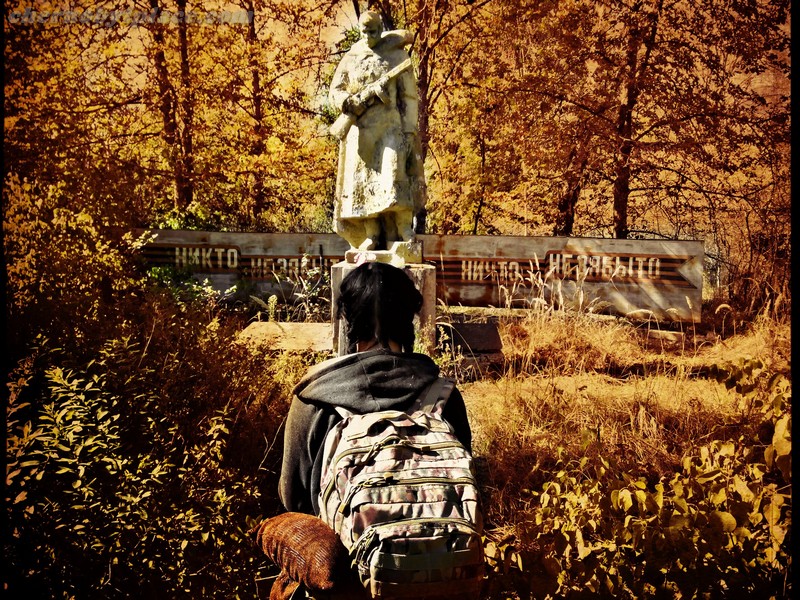