Cemetery of ships in Chernobyl

Where are the abandoned ships of Chernobyl?

The cemetery of ships, ships and barges on the Pripyat River that were used during the liquidation of the consequences of the Chernobyl nuclear power plant accident is located in the current capital of the Exclusion Zone – Chernobyl, in the Pripyat River Gulf. These river machines are moored here for good because of partial radioactive contamination. You can find ships near the shipyard on the so-called “Island” in the city. The ships here were before the accident, were repaired from small to large river ships. The ships of Chernobyl are very interesting and at the same time a sad sight. 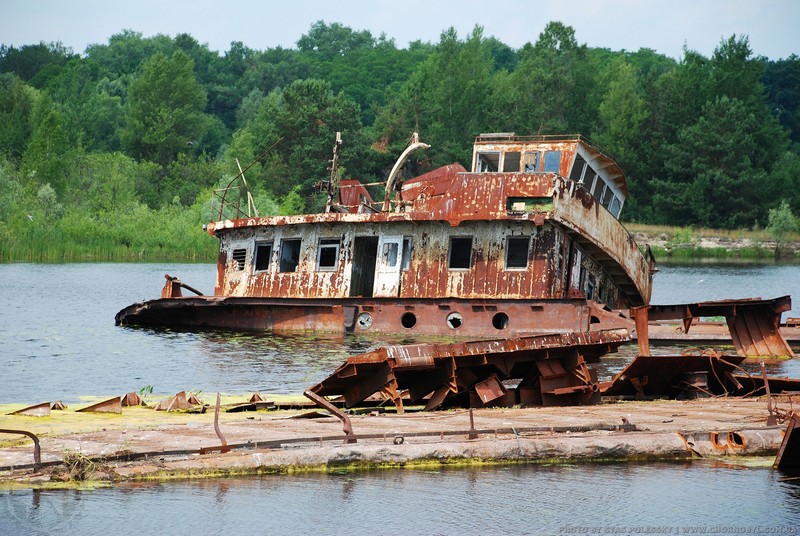 The radioactive cemetery of ships in Chernobyl now looks like this 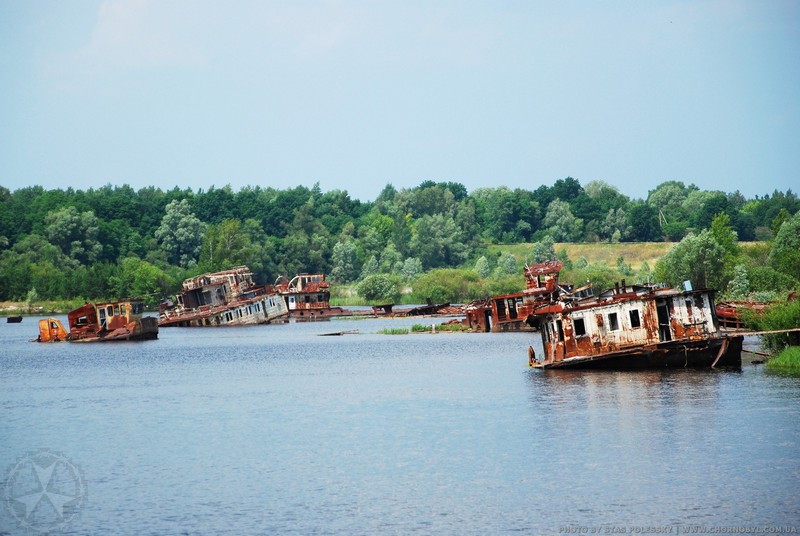 The cemetery of ships in Chernobyl now is a scrap metal, partially or completely submerged in the water in the bay. Various sorts of metal seekers, officially or unofficially saw these vessels. From the satellite images, you can see how the ships disappear.

Shot from satellite in 2006 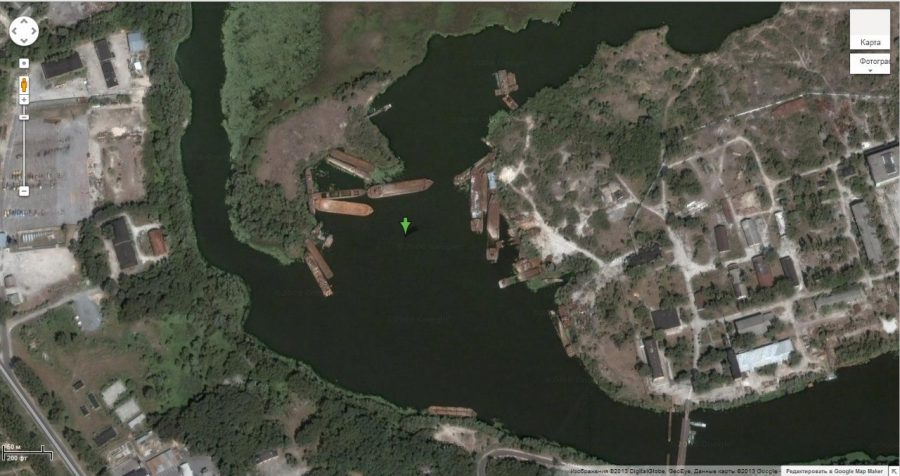 Shot from satellite in 2012 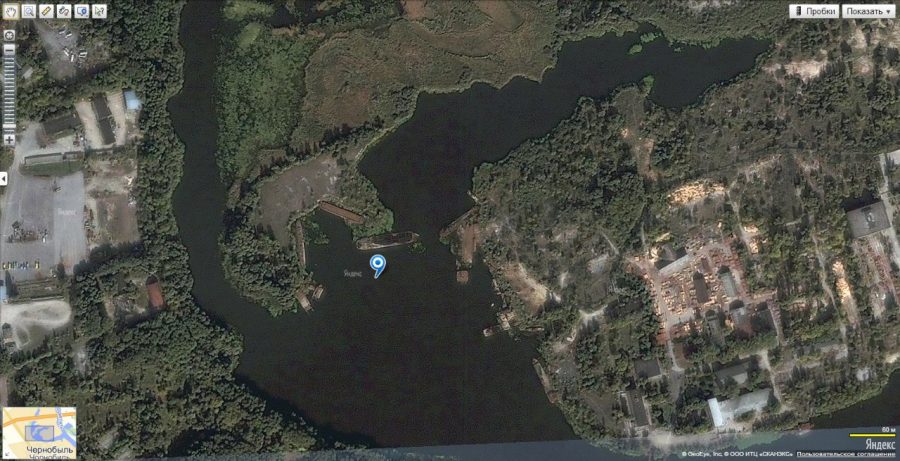 What does the cemetery of ships in Chernobyl look like in 2018 ?

Time and marauders do not spare this memorable place, reminiscent of the accident and the elimination of the consequences of the accident. The ships are gradually submerged in water, the metal is corroded. What is of value and can be sold – cut off local residents, shift workers, apparently for some special permission. Immediately after the accident, these ships were not badly contaminated with radiation, now, as in the past, most of the cars in the decantation equipment in Rassokha – mostly clean by radiation, still passed a quarter of a century since they were used to eliminate the accident. The scene has a post-apocalyptic feel. 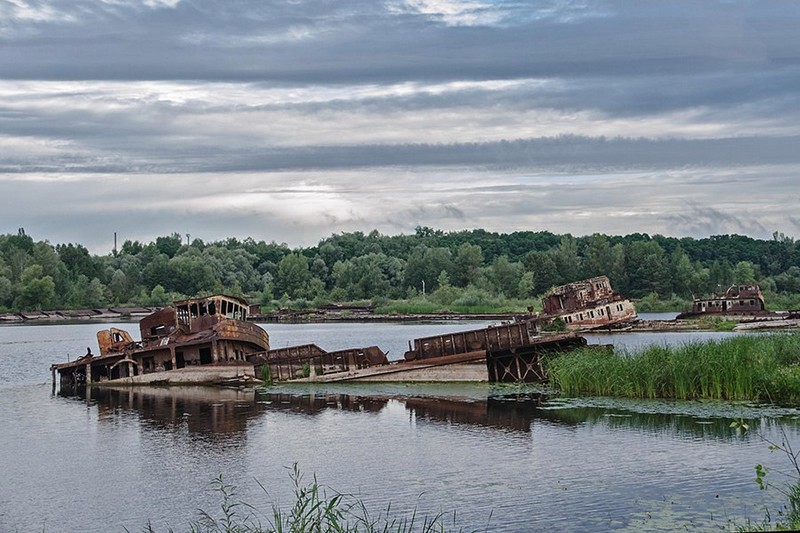 This ship became the prototype of the ship in the game S.T.A.L.K.E.R. Call of Pripyat 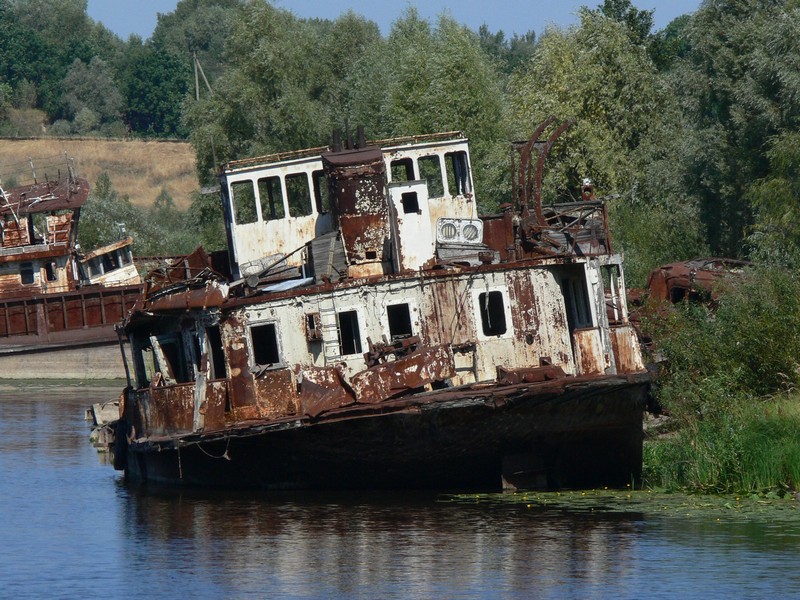 These are the remains of the famous Soviet ship – the Rocket. Ships of Chernobyl 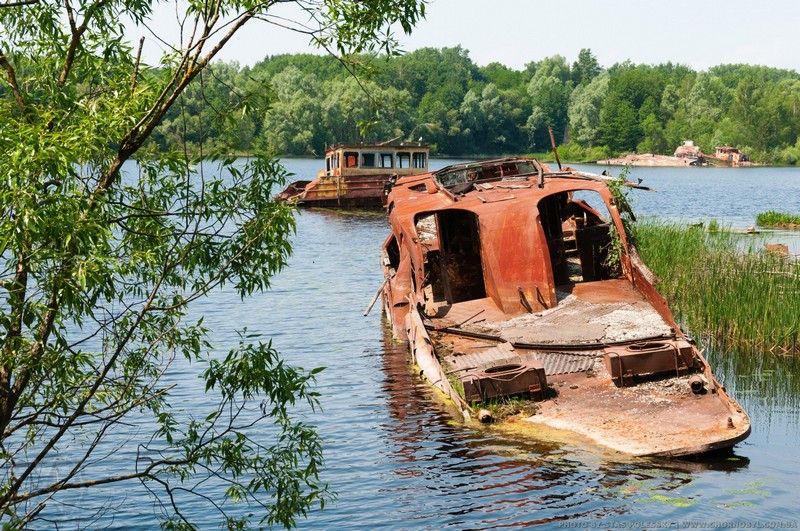 One of these ships is the developers of the game S.T.A.L.K.E.R. ported the game to the Skadovsk location 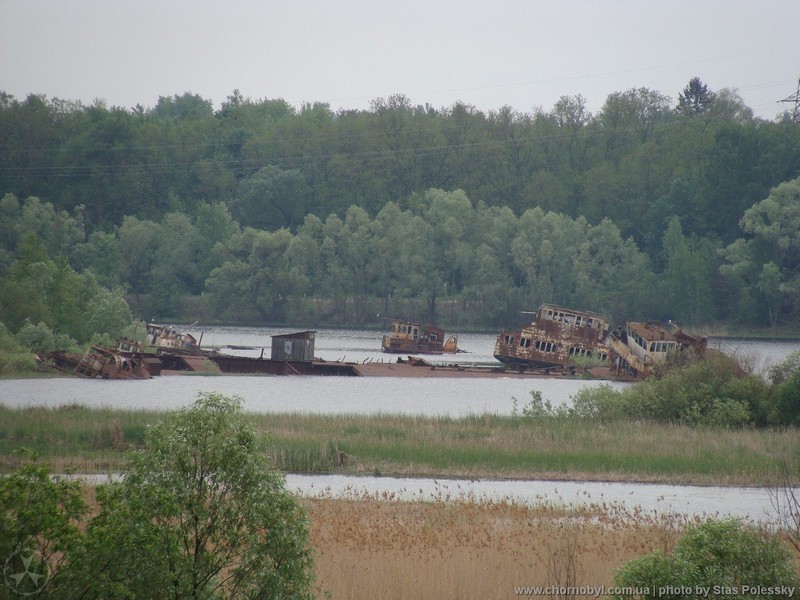 For stalkers, this, like any other object in the exclusion zone, is special and valuable. 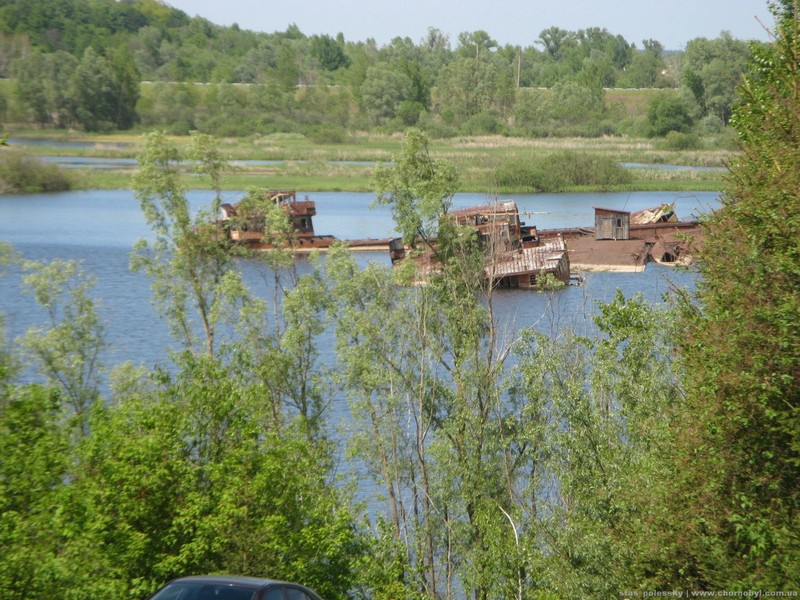 The escaping artifacts of the Soviet era and reminders of the most terrible nuclear catastrophe. 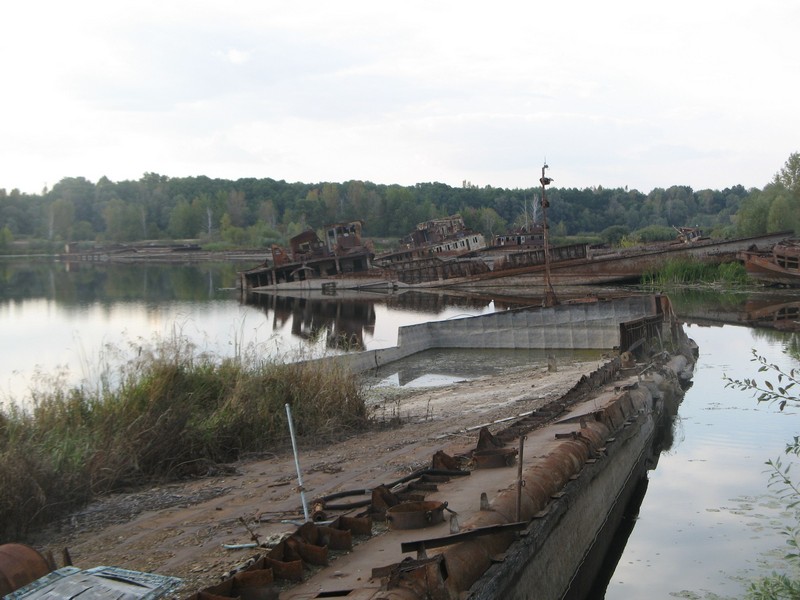 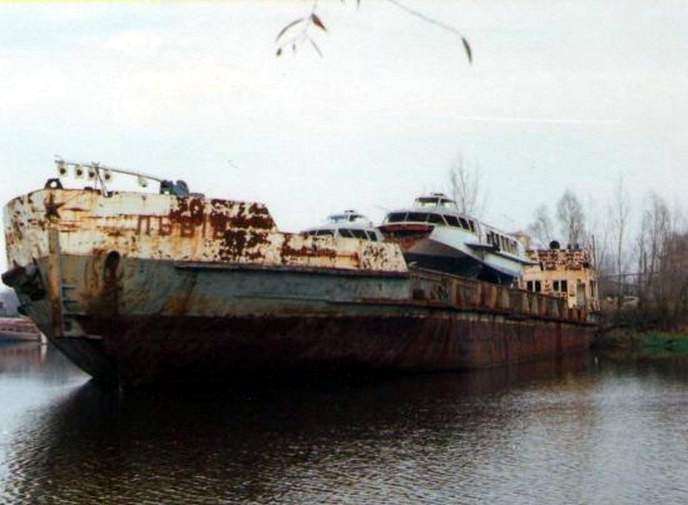