The Jupiter plant is truly impressive with its vast territory, a former secret factory that, like many in the USSR, worked for the defense industry.

Before the accident at the Chernobyl nuclear power plant, here, according to official data, they produced parts for tape recorders and equipment for repairing TV sets.

And according to unofficial data, the Jupiter plant was engaged in the assembly of military computers and black boxes, and also produced some, still unknown products.

After the accident at the Chernobyl nuclear power plant, the company “Spetsatom” located in the radio plant, was engaged in the development and testing of robots for use in strong radiation fields during the liquidation of the consequences of the Chernobyl accident.

The most interesting and mysterious place in the plant is the basement (laboratory), in which the robots were adjusted for measuring radiation levels. There is a huge amount of chemical. reagents, radioactive samples. soil, as well as the most mysterious artifact – a box with dark sand, which is very strong fonit. At the end of 2012, the basement was flooded for unknown reasons. But we managed to visit there, wearing the appropriate equipment. 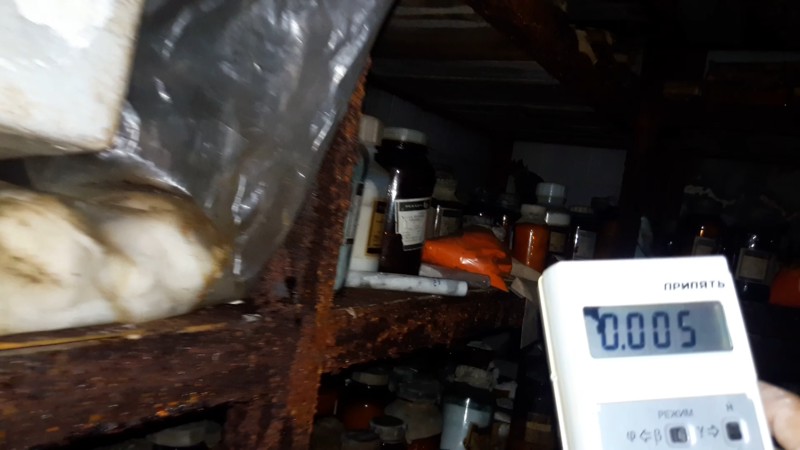 The dosimeter works at the limit