Balloon. Elimination of the accident at the ChNPP

Many questions arose about use of a balloon at Chernobyl nuclear power plant. How he worked and where he went after the construction of sarcophagus. The liquidators talk about this: 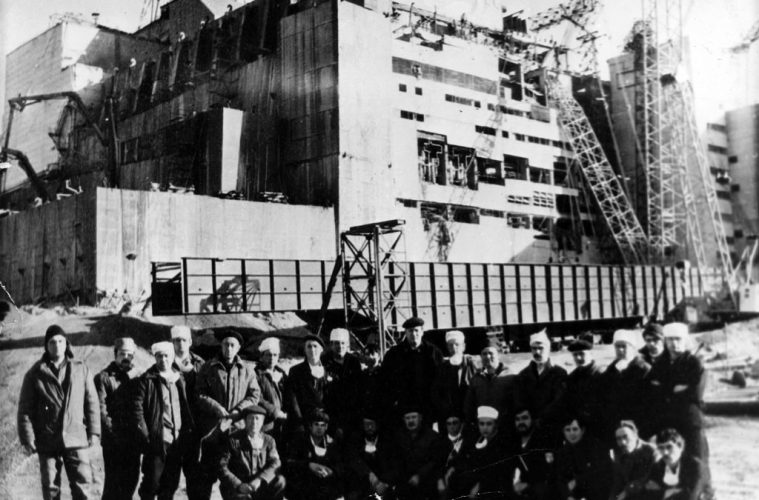 Elimination of the accident at the ChNPP

Worked day and night, building a sarcophagus. That’s the way they solved the problem of lighting the construction site! Works on erecting sarcophagus were carried out even at night. Demag cranes were used in the construction. They had to be managed from a safe distance. To control cranes on them was installed TV equipment. But with the onset of evening the cameras * are blinded *. Lighting of the OS construction site was required. But here there was a problem: and where to install lighting equipment? Buildings nearest the reactor were up to 40 meters high, and reactor itself was 70 meters high. Accordingly, it was not possible to illuminate the construction site from nearest buildings. But the decision was found quite quickly. It was decided to use aviation. Airplanes and helicopters for this purpose did not resemble, because their residence time over the object was limited. But the tethered balloon for this purpose was suitable for all parameters: time of finding the balloon at a given altitude was almost unlimited, radiation had no effect on balloon. Specialists of Volsky Balloon Testing Center of the Air Force and specialists (Dolgoprudny Automation Design Bureau) undertook  task. They had to work hard because no one before did anything like this. A tympanic balloon was installed near southern wall of power unit. On it was installed a lighting * chandelier * with a capacity of ~ 40 kW. The further fate of balloon is a burial. Balloon, which lit the maw of Chernobyl sarcophagus, contained more than two thousand cubic meters of helium. When part of gas evaporated, * the cigar * was pulled to the ground to refuel. Be that as it may, on October 22, on second attempt, balloon was lifted to sky. The installers immediately nicknamed heavenly lamp «chandelier». And often command-requests were heard: «A small turn to the right! And now hold, shadow came from somewhere «(this is crane operator). And then on dynamics of  adjacent bunker: «Guys, give the» chandelier «a little to left. It’s dark there, brothers! «. Novikov arrived at the Chernobyl nuclear power plant as part of second group, to replace colleagues who had already grabbed a fair share of radiation. During the operation of balloon, everything happened. Then the luminaire will crash when it rises against the wall, then the cable strands will break, then the shell of balloon will leak out, and patch would have to be patched on its radioactive side where it was supposed «to run only by running» … When work on the sarcophagus came to an end, from whale body balloon was released with volatile helium, and the shell was buried.