Pripyat, what kind of abandoned cars was left in the city?

In the Chernobyl exclusion zone, there are many different semi-disassembled, abandoned, partially contaminated radioactive equipment. These are cars and motorcycles, military vehicles, trucks, helicopters and so on. In the dead city of Pripyat there is also a variety of equipment that is of interest to stalkers and tourists traveling in the exclusion zone in the format of the excursion. Unique specimens of the rusting quarter-century machines create an impressive post-apocalyptic landscape. Technique in Pripyat on the background of abandoned buildings creates a special atomic entourage. Abandoned vehicles in Pripyat contaminated with radiation and dangerous 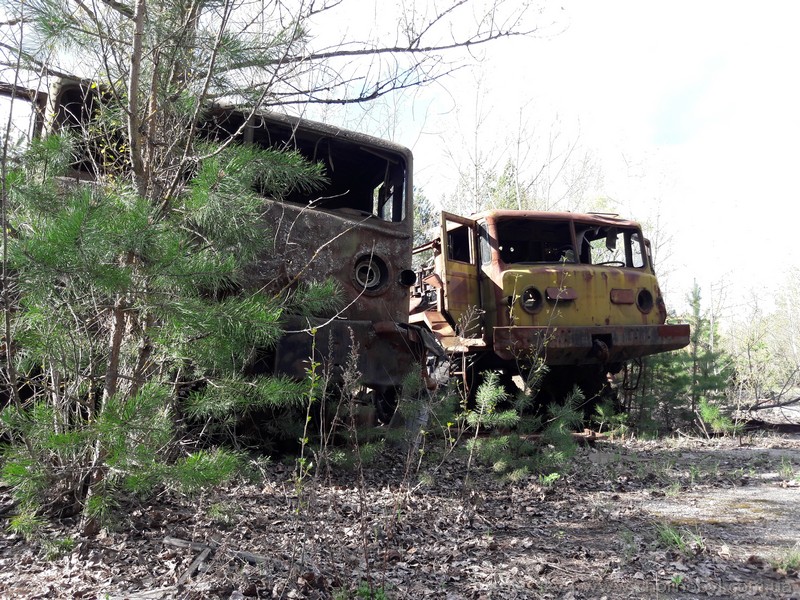 In the overgrown trees, on the territory of the worker still enterprises of the dead city – Mobile mechanized column (PMK) are these metal cars involved in the elimination of the consequences of the accident. 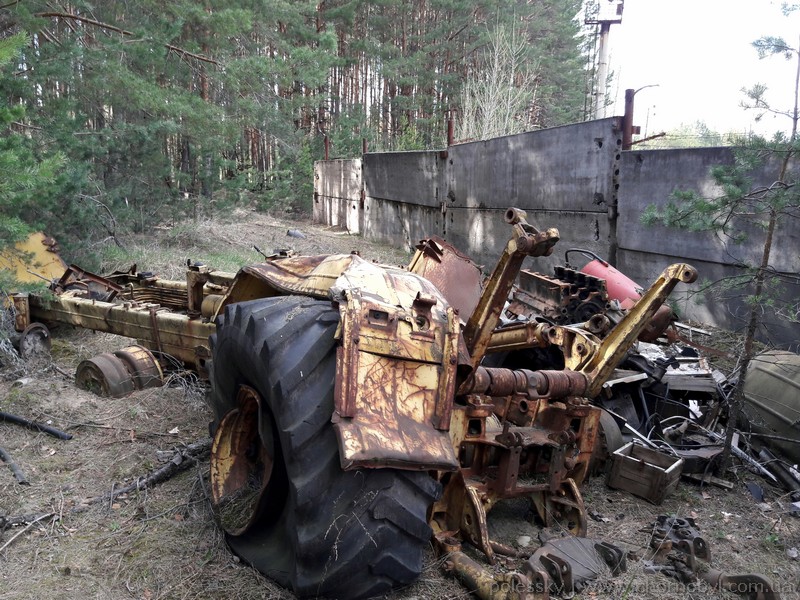 Crane machine and other abandoned vehicles in Pripyat town 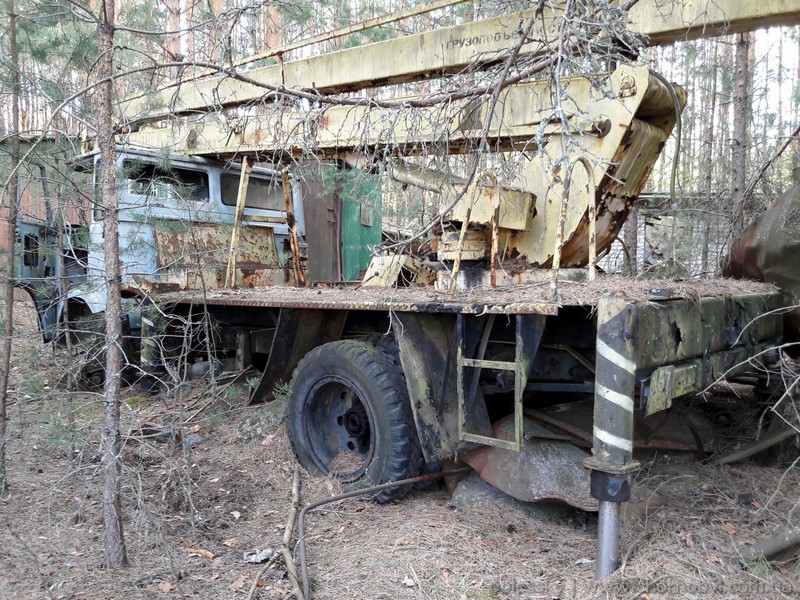 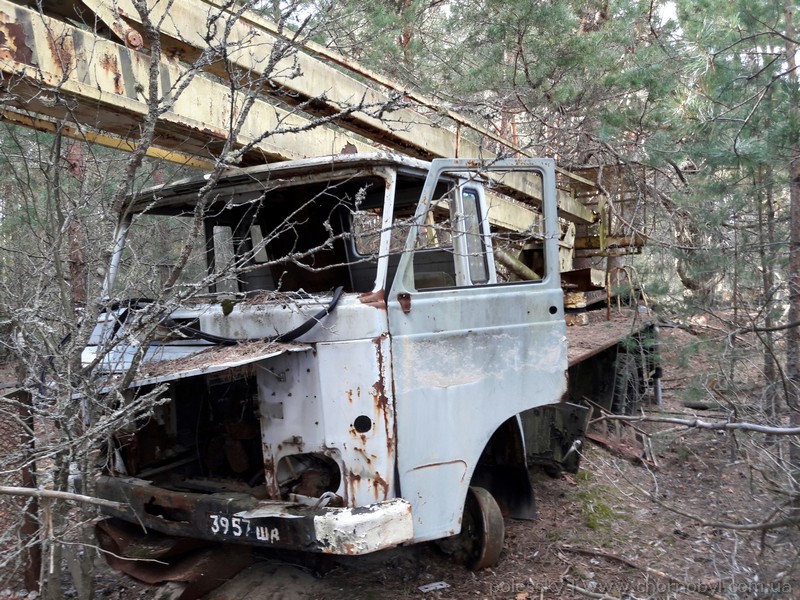 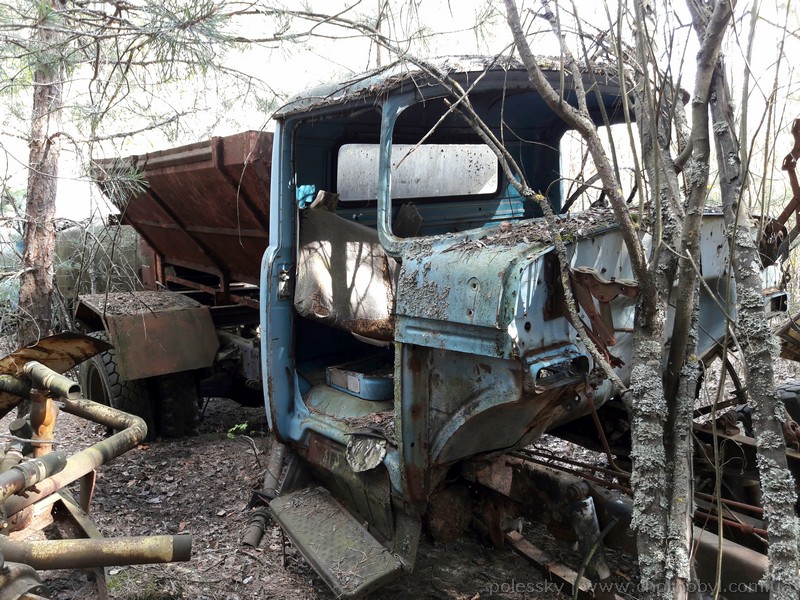 This is the IMR (engineering machine of the defenses) – this steel monster was used to clear the rubble under the destroyed reactor of the Chernobyl NPP, to remove the radioactive soil, as well as to destroy the radioactive houses in the zone. 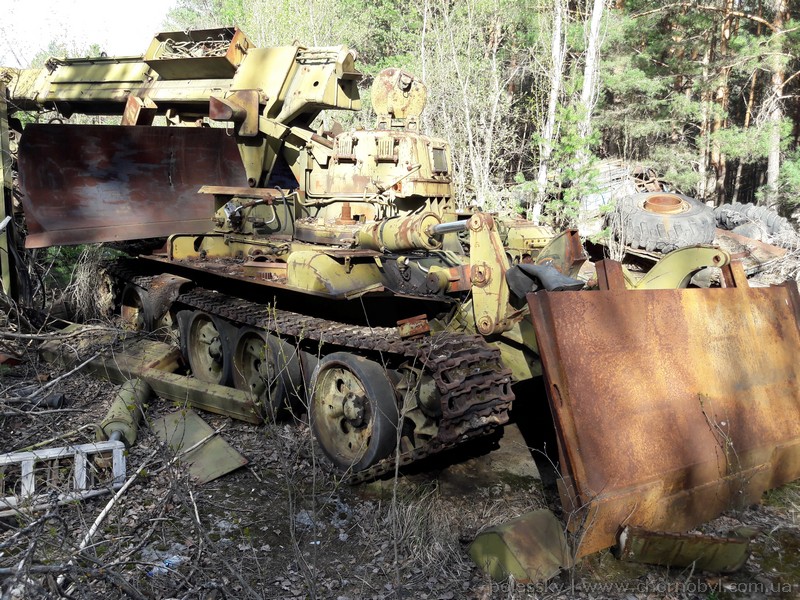 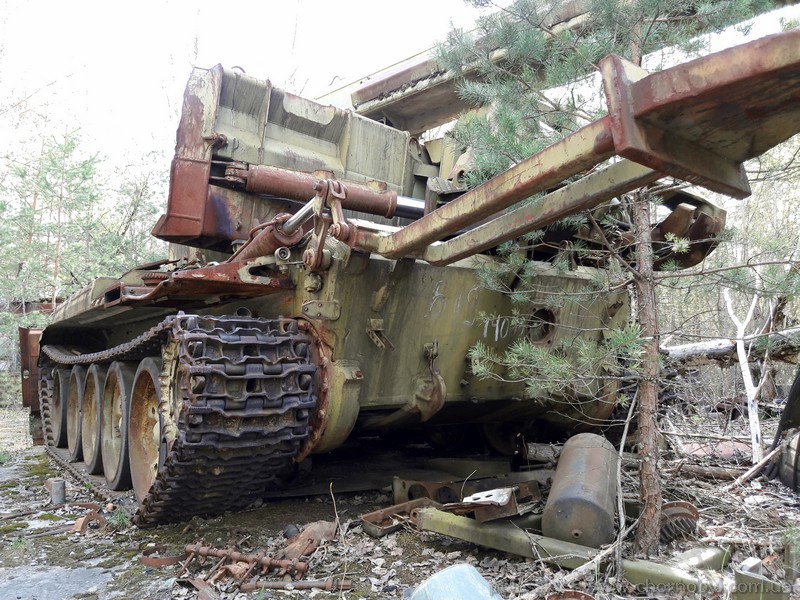 Even the caterpillars are in place 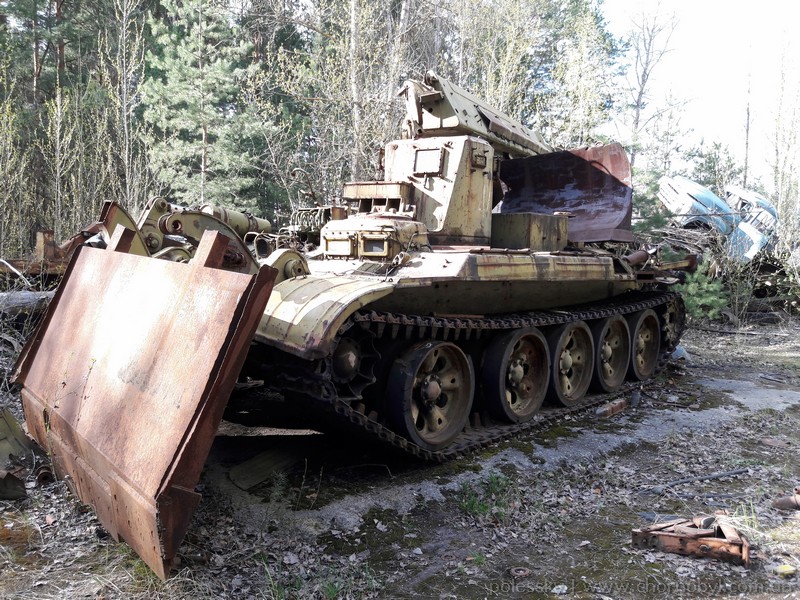 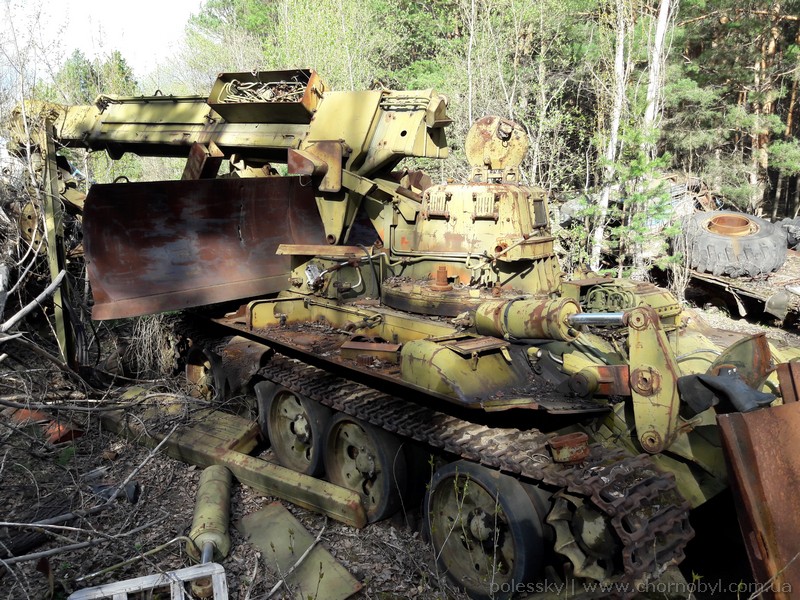 And this one was destroyed by marauders 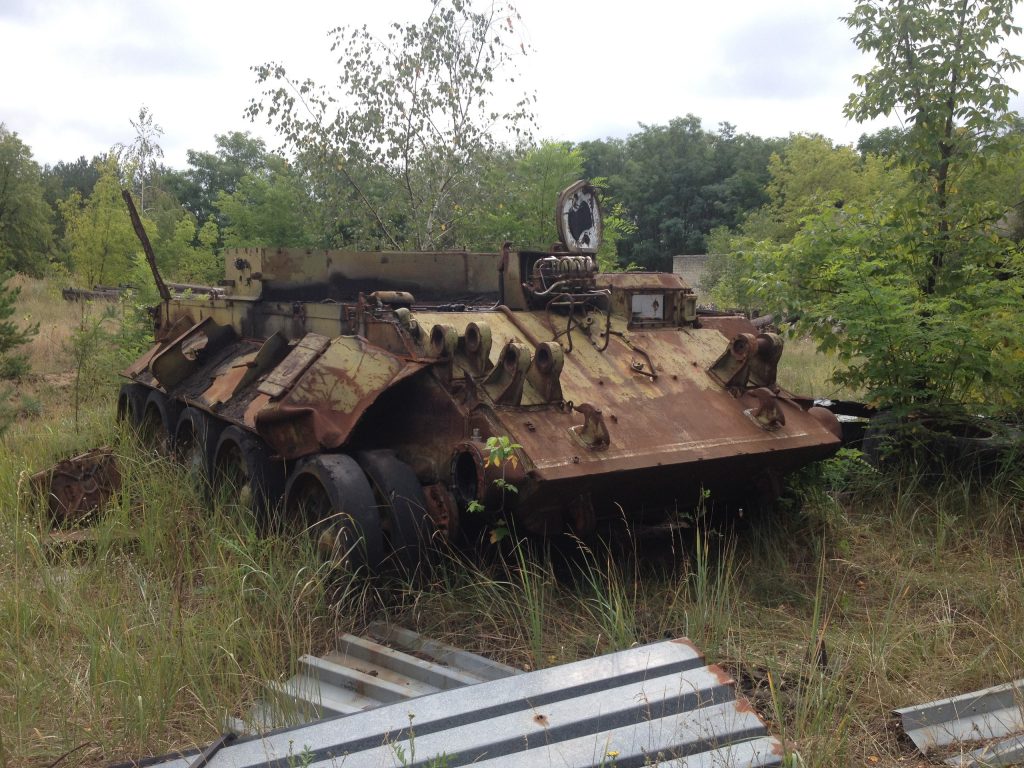 Photo of this military vehicle in work, 1987 year 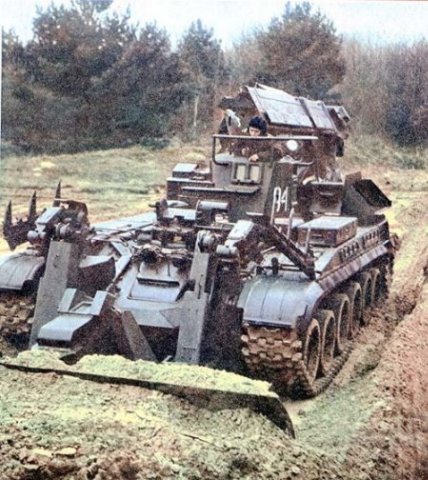 These are the remains of the GAZ-53 bus on the territory of the Jupiter radio plant on the outskirts of Pripyat. 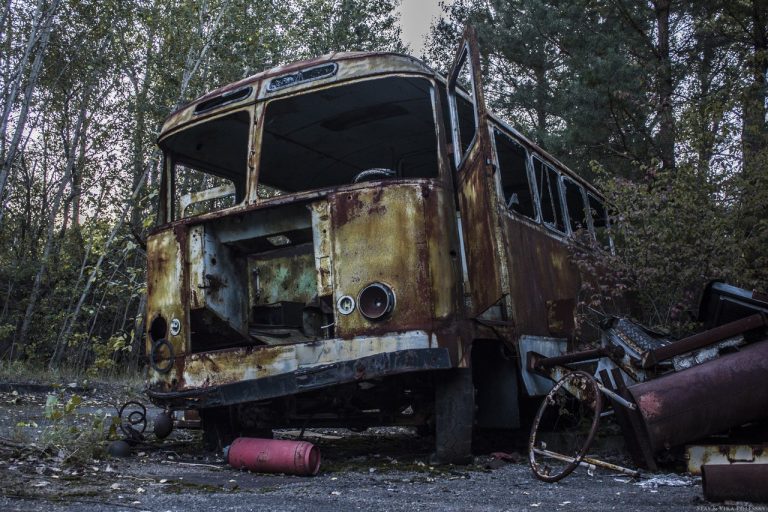 Another bus, turned over for convenience of dismantling 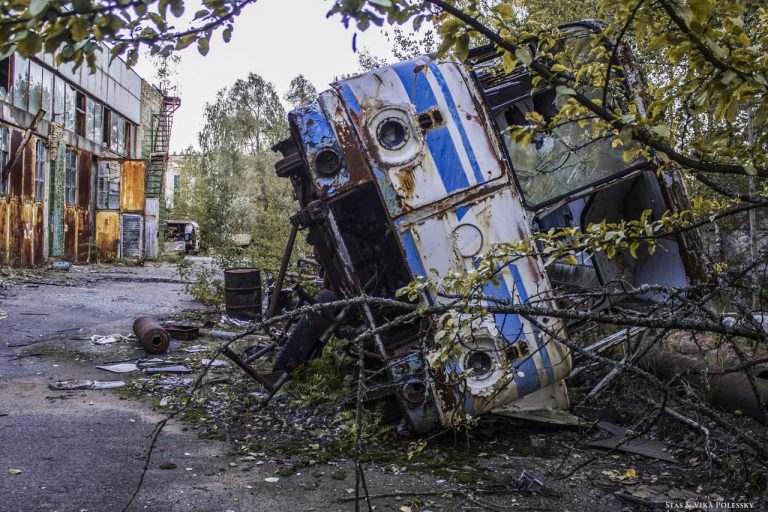 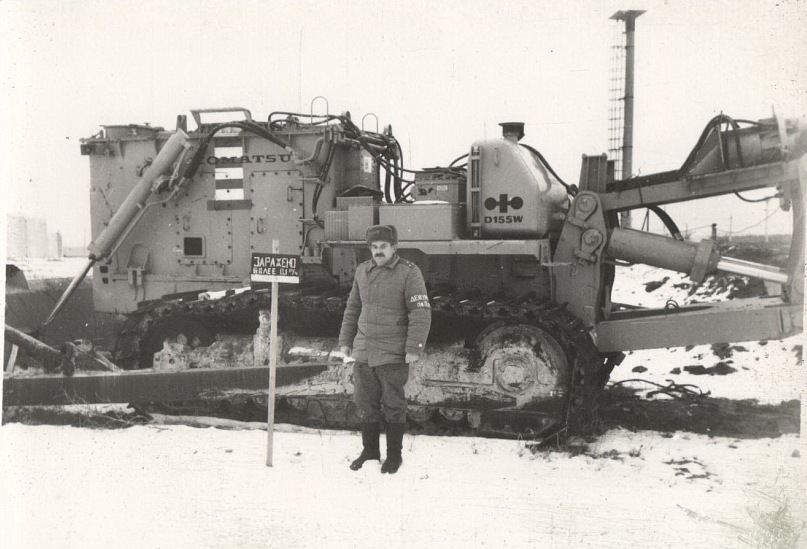 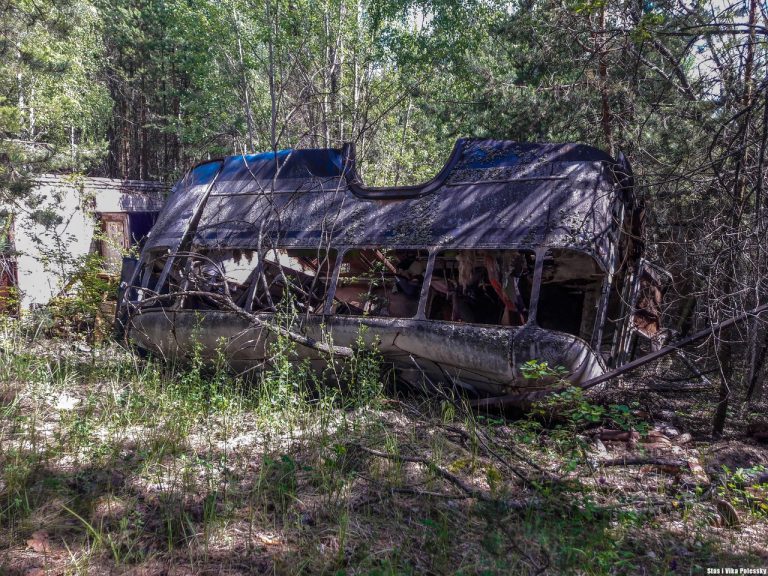 On the map to find this abandoned technique is sometimes not easy, but if you wander through the most overgrown and hard-to-reach tourists, you can find a lot of interesting places.